Why is Shark Tank is So Addictive? 4 Reasons People Love The Show 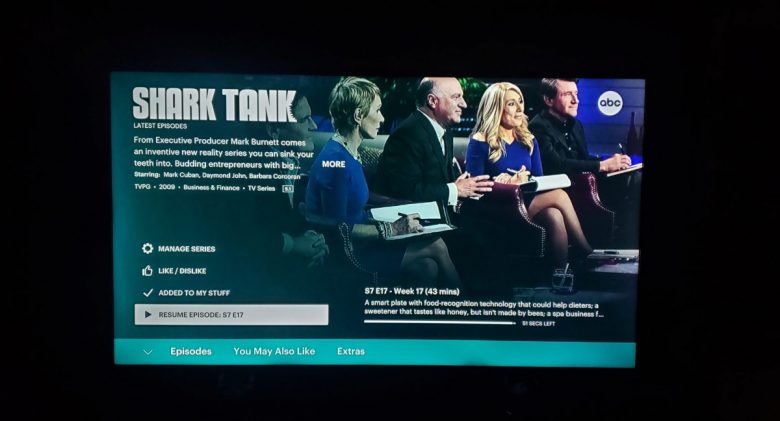 There are not that many shows that cater specifically to those of us who are interested in entrepreneurship. But ABC’s Shark Tank has managed to turn part of the entrepreneurship process into entertainment. The show resonates with different age groups and appeals to anyone with a sense of adventure and business smarts. And, thanks to streaming services, you can watch SEASONS at a time without stopping.

Have you caught yourself 3 seasons in and forgotten that sleep is necessary? Are you rooting for the entrepreneurs and their dreams? Do you have a favorite shark?

Watching the show doesn’t just provide entertainment value; it can also offer inspiration, education, and hope for people with a dream that don’t quite know how to put that dream into action. Let’s look at why you simply can’t turn off the tv when Shark Tank is on.

Shark Tank is an Emmy-winning show on ABC that brings together entrepreneurs from around the country and puts them in a room with multimillionaire and billionaire “sharks” with the goal of getting them to invest in their businesses. The show has enjoyed over 14 seasons on the air and still attracts a large viewing audience.

Not only can their money make a huge difference in their brand, but the exposure they get from the show and the shark’s followings can be absolutely life-changing to great ideas that are either already making small steps towards success or haven’t been able to quite get off the ground yet.

The show offers a once-in-a-lifetime opportunity for many entrepreneurs. There have been several businesses that couldn’t secure a deal on the show but still received publicity and knowledge to help their businesses move forward after their episode aired.

Variety of Storylines and Possible Outcomes

The TV world is filled with “reality shows” that are often scripted and not actually real. However, Shark Tank offers a great set-up for various true storylines that can all go in different directions. The contestants are real people with real dreams, and with that can come great television!

This isn’t like some shows where contestants are fighting for some random amount of money or a large prize at the end. The show displays people’s actual hopes and dreams. Some entrepreneurs have spent years and thousands of their own dollars trying to get their businesses off the ground. With that will come passionate pitches and high emotions, giving you the true meaning of what reality shows should look like.

Most people are drawn to certain shows because they are interested in the specific storyline. For example, the story of a company called Hugo’s Amazing Tape. Sisters Kathryn Saltsburg and Lauri Frasier mentioned that they were keeping their late father’s legacy alive with their product. After hearing this, Mark Cuban and Lori Greiner offered to buy the entire company with the promise that they will take good care of Hugo’s legacy.

The show can sometimes go in the opposite direction. There are usually some pitches and products that the sharks completely reject. For example, one of the worst shark tank pitches according to the sharks was for a product called Iconic Ear. It was supposed to be a surgically implanted Bluetooth device designed to replace the Bluetooth of a person’s phone as well as other devices.

There’s nothing quite like watching someone appear on tv that you relate to and watching them succeed. It would be hard to collect all of the data on how many entrepreneurs have gone and chased their dream based on finding inspiration from the show.

Maybe they have been sitting on a dream of starting their own food truck like one of Barbara Corcoran’s most successful deals, Cousin’s Maine Lobster. Or, they invented something in their home to make life easier but didn’t realize they could make money by producing it for others.

The setup of the show opens up viewers’ senses of creativity with all of the different ideas and products that come through each week. Even if they don’t start a business, they might be inspired to build or create something after watching the show.

Entrepreneurs looking to get funding for their businesses can learn a lot about the pitching process. Viewers can learn techniques for pitching, strategizing, and information needed to grab an investor’s attention.

Understanding how to pitch to a potential investor is crucial in most startups getting off the ground. While crowdsourcing apps are very popular, they are also often overused and not the best strategy for long-term success. Watching the show and getting feedback from sharks who have been in business for years can be very helpful for aspiring entrepreneurs.

Strategy and financial data are important in business. While you might just be excited about your idea and how it can help people, an investor is going to want to see how it can be successful in terms of profit. Watching Shark Tank gives you most of the information you need when it comes to what kind of strategies work. You also learn which metrics don’t impress investors. The show can give new entrepreneurs an introduction to which numbers they should focus on to attract an investor.

Entrepreneurship is tough. Sometimes, a little hope goes a long way. Entrepreneurs who watch the show often renew their hope that their business will one day succeed. Seeing someone like themselves who wants to share their business with the world succeed can help reignite the entrepreneurial flame.

Some of the best shark tank episodes offer hope for all. Viewers can also find some hope in the stories of the investors. Daymond John waited tables at Red Lobster before his brand FUBU became successful. Barbara Corcoran’s story can also offer hope to entrepreneurs and young people. She graduated high school with a D average and struggled with dyslexia. While living in New York, she waited tables before learning about real estate investing.

The show helps people from all backgrounds and circumstances. They can find some hope in knowing that their lives can change for the better.

There are so many reasons that watching Shark Tank is so addictive. Shark Tank is one of those shows that you can sit down and watch as a family or with a large group of friends, even if you all have different interests and hobbies because it brings together so many different aspects of life.

You will find yourself rooting for an idea and then searching for when the product becomes available for you to purchase, feeling like you were a part of the story since you watched them get their deal! 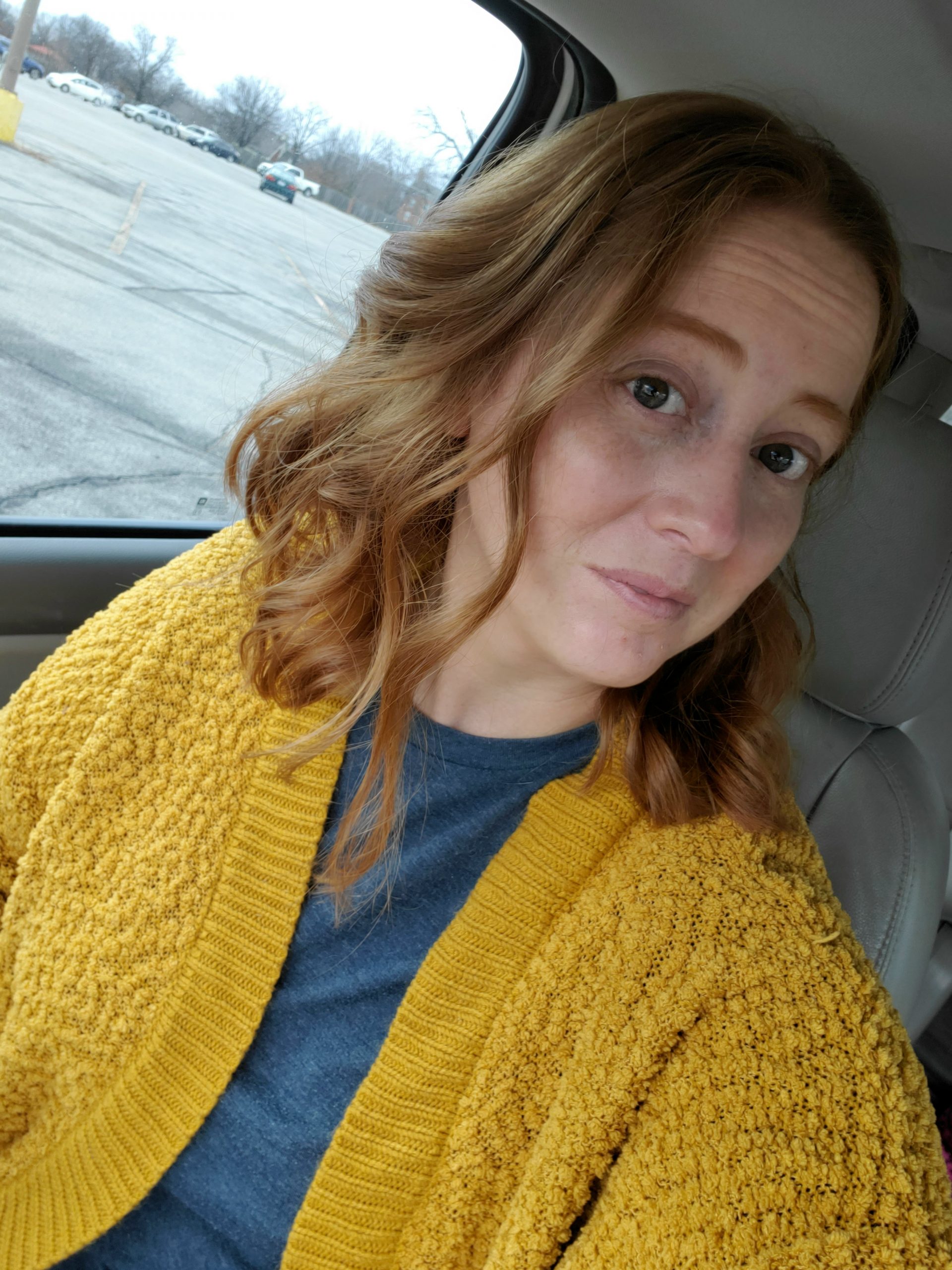 Team Writer: Katie Budd is a full-time 8-5er in the commercial insurance industry and works on building her freelance writing business. She enjoys creating engaging content for people to read. She also enjoys working out at home doing Street Parking programming, encouraging her kids to chase what they are passionate about, and spending as much time on the farm with her extended family as possible. Follow along with her on her blog and Instagram as she continues to put thoughts into words.
One last step! Check your email to confirm your subscription and to get your free ebook! Thank you!


Team Writer: Katie Budd is a full-time 8-5er in the commercial insurance industry and works on building her freelance writing business. She enjoys creating engaging content for people to read. She also enjoys working out at home doing Street Parking programming, encouraging her kids to chase what they are passionate about, and spending as much time on the farm with her extended family as possible. Follow along with her on her blog and Instagram as she continues to put thoughts into words.

How to Upgrade Your Business Cash Flow Management


5 Tools Every Online Freelancer Should Have