How Barbara Corcoran Made Her Money 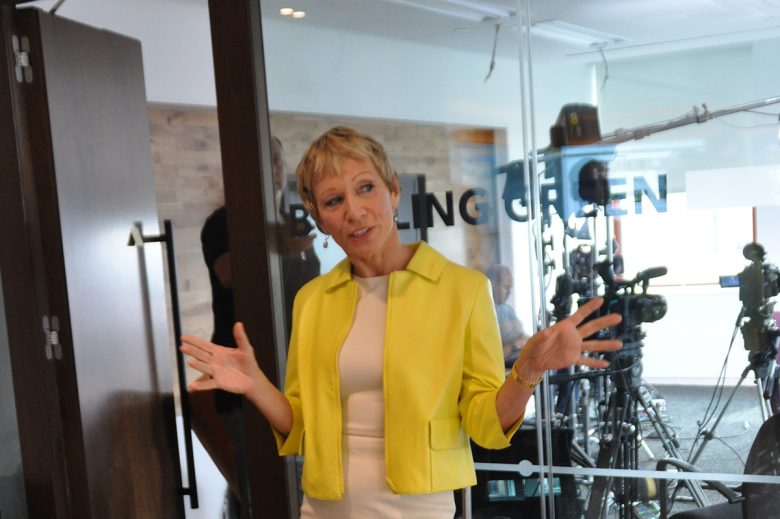 For over eleven seasons, Barbara Corcoran has appeared as one of the business savvy investors on ABC’s Shark Tank. The four-time Emmy award-winning show sees entrepreneurs pitching their businesses to a panel of investors in the hopes of landing an investment deal with the sharks.

With a net worth of over $100 million, Corcoran has proven that she can conquer the world of real estate and business. You may be a fan of Corcoran but have you ever wondered how she got so rich? In this article, we will look at how Barbara made her money and how she continues to build her wealth.

Barbara Ann Corcoran was born in Edgewater, New Jersey. She is the second oldest of 10 children. Throughout grade school and in college, she struggled with dyslexia. Because of her learning ability, she barely graduated high school with a D average. After graduating from college with a degree in education, Corcoran spent a year teaching before realizing that the profession was not right for her.

In one interview, Corcoran states that one of her biggest rejections came when she was reprimanded and called stupid for not being able to read in the first grade. She recalls her teacher reprimanding her in front of the entire class for her inability to read correctly.

Corcoran would go on to say that she was now thankful that she was treated so poorly. She stated that business is filled with rejection, ridicule, and being looked at as an outsider. For her, she felt like being treated poorly as a child prepared her for the world of business.

However, she found her niche. Corcoran estimates that she had taken 20 different jobs by the age of 23. She continued to seek her ideal career when her then-boyfriend convinced her to quit her waitressing job and, instead, work at a real estate agency.

How Barbara Did Corcoran Get Rich?

What Drove Corcoran to Succeed?

She used those parting words as motivation to continue to build her business. Corcoran had one goal in mind, “become the queen of New York real estate. She also credits her success to working extremely hard and always being prepared.

How She Continues to Make Money

Shark Tank and Other Business Investments

Corcoran’s business acumen has helped her find and land some of the most lucrative deals on Shark Tank. Her experience, tenacity, and of course, money have helped her find entrepreneurs that are anxious to go into business with her. Her ability to spot a winning investment has helped her capture several profitable opportunities in the shark tank.

Here are some of the most successful deals Barbara Corcoran has made on Shark Tank.

Corcoran was able to win the deal by offering 15% of the company for $55,000. The company now grosses nearly $30 million in annual sales.

“Grace and Lace” is another one of Corcoran’s most successful investments. Barbara offered the $175,000 with half of that amount being a line of credit. The entrepreneurs accepted Corcoran’s offer.

Within 5 days of appearing on the show, Grace & Lace generated $1 million in sales. The company now makes about $5 million in annual sales. A portion of every sale goes toward building orphanages in India.

Nardo’s Naturals makes botanically-based skincare products that were formulated by four brothers. The products are cruelty-free, dye-free, paraben-free, and vegan.

The pitch saw all sharks go out except Barbara. They agree to take $75,000 for 50% equity. Since appearing on the tank, Nardo’s Naturals has enjoyed annual revenues of $5 million.

For more on all of Barbara Corcoran’s Shark Tank deals, check out our article here. Aside from her deals in the shark tank, Corcoran is also invested in over 80 other businesses.

Corcoran continues to stay busy by sharing her entrepreneurial knowledge in various ways. She is the author of the best seller “Shark Tales: How I Turned $1,000 into a Billion Dollar Business!” and host of the “Business Unusual with Barbara Corcoran” podcast.

Corcoran is also a motivational and inspirational speaker. She is a frequent small business and real estate contributor on every major network such as ABC, CNBC, CBS, and more.

Barbara Corcoran is an example that early life struggles do not mean success cannot come later in life. She is also an example of how hard work, persistence, and determination can lead to success. She is an inspiration for those who struggle with learning disabilities. She has proven that those disabilities do not need to hold you back.

13 Recession-Proof Businesses That Thrive in a Down Economy


5 Stages of the Entrepreneurial Process