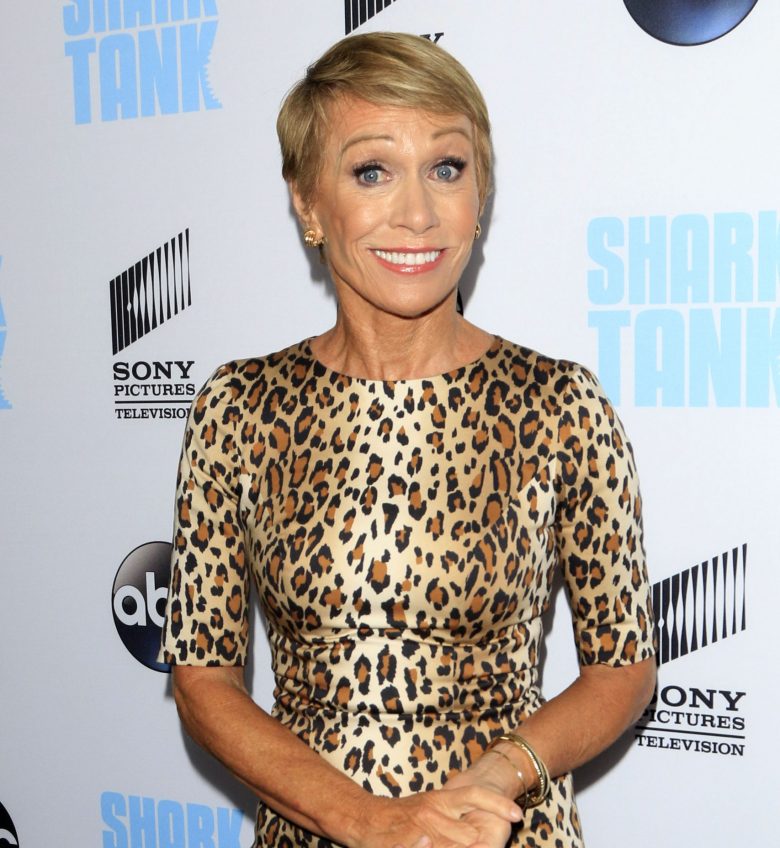 Labeled a “dumb kid” as a child by her teachers, Barbara Corcoran has made a name for herself as a real estate mogul, author, entrepreneur, investor, and TV personality. With a net worth of over $100 million, Corcoran is best known as one of the original investors on ABC’s Shark Tank.

Born in Edgewater, New Jersey Corcoran was the second oldest child of 10. Throughout grade school and in college, she struggled with dyslexia. Because of her learning ability, she barely graduated high school with a D average. After graduating from college with a degree in education, Corcoran spent a year teaching before realizing that the profession was not right for her.

As a shark, Corcoran brings a wealth of information, experience, and of course, money to the panel. Her ability to spot a winning investment has helped her capture several profitable opportunities in the shark tank.

In this article, we will look at all of Barbara Corcoran’s current shark tank deals and how well they are doing.

Cousins Sabin Lomac and Jim Tselikis started the Cousins Maine Lobster food truck in 2012 after realizing that the Maine lobster experience was something that was missing in California. After losing the interest of four of the Sharks during their time in the tank, the duo was able to land a deal with Corcoran by offering 15% of the company for $55,000.

The other sharks missed out on a goldmine. Corcoran went right to work on building Cousins Maine Lobster. She helped them increase the number of trucks, expand into other cities, and make appearances on QVC as well as nationally televised shows like “Good Morning America,” “The Today Show,” “Master Chef,” “The Chew,” and The Food Network.

They were able to land a deal with Barbara for $50,000 but had to give up 50% of their company. It was worth it as Pork Barrel BBQ is still in business and enjoys $4 million in annual revenue. 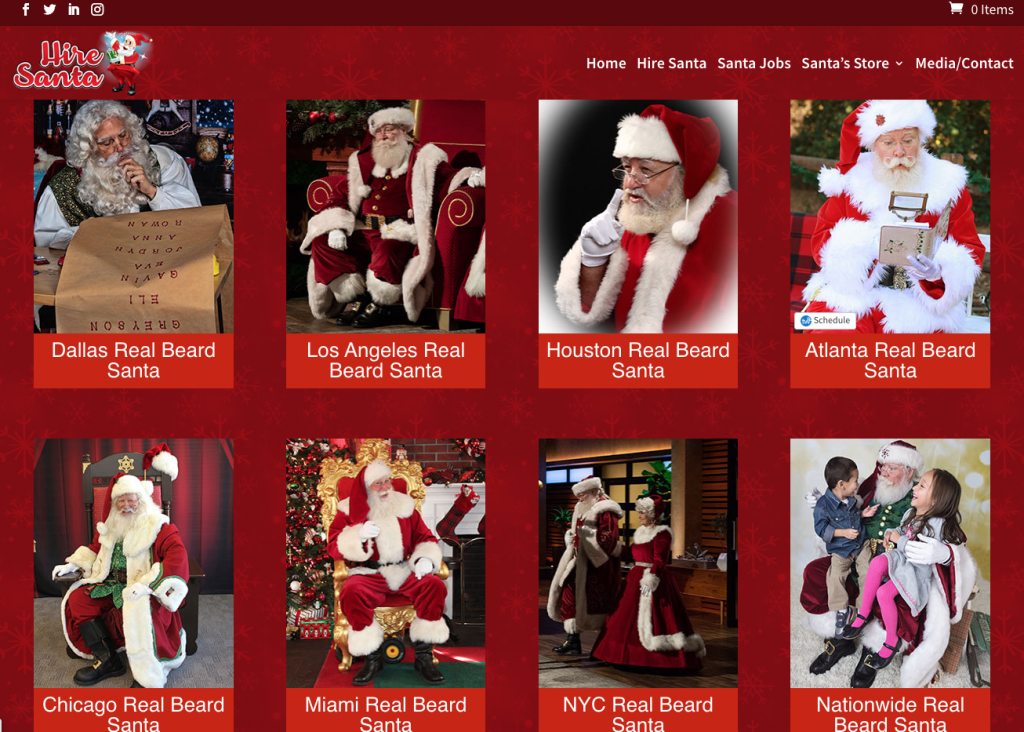 Hire Santa is a service that allows people, malls, corporations, or anyone, the ability to search and hire a Santa Clause for any event or engagement. The company allows a client to hire an authentic-looking Santa, receive letters from Santa, or even a video message.

Entrepreneur Mitch Allen came up with the idea for the business after appearing as Santa Claus during a Christmas party for a company he founded. During his pitch, Allen tells the sharks that he will make $550,000 from $1.2 million in sales that year. He piqued the interest of some of the sharks but eventually landed a deal with Barbara Corcoran for $200,000 in exchange for 50% until the $200,000 is repaid. 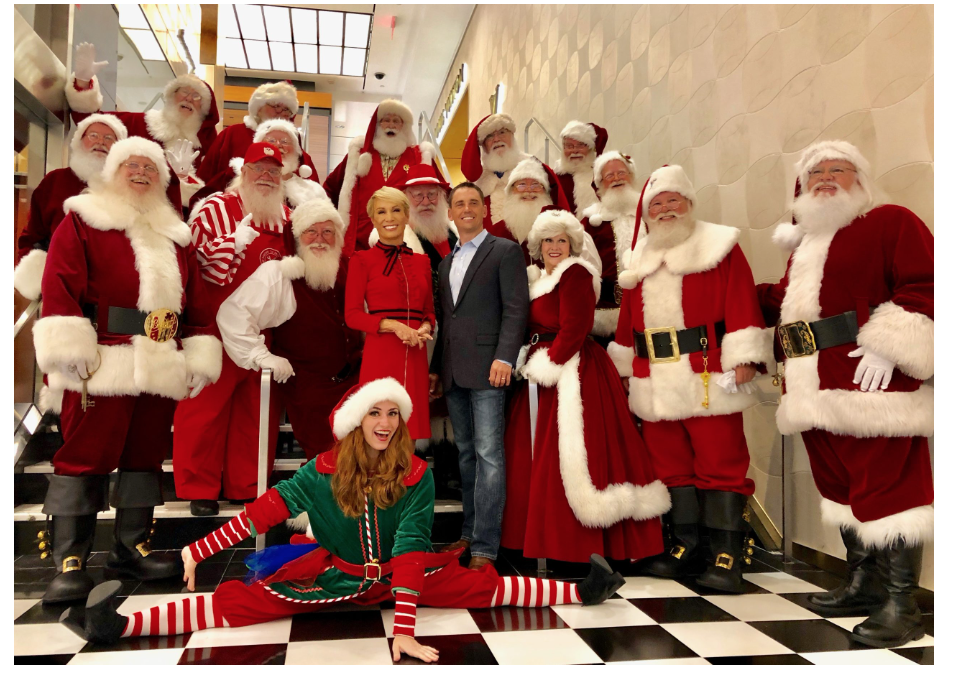 Soon after, the company reported $1.4 million in sales as well as a partnership deal with Bloomingdale’s in New York City.

The Doughbar is a doughnut-flavored protein bar that allows you to enjoy the taste of doughnuts without all of the unhealthy side effects. Marquez and Ondrea Fernandez started the company because they wanted to make a protein bar that also tasted great.

The company now generates about $2 million in annual retail sales between its retail location and online.

Hollywood Producer Jason Burns went into the shark tank looking to offer 10% of his company Fidgetland for $50,000 an investment. Fidgetland sells fidgeting toys that are designed to help individuals with ADHD, anxiety, Autism, learning disabilities, nail-biting, and other disorders.

Barbara offered Burns the $50,000 for 20% which was 5% higher than Robert Herjavec’s offer. However, Barbara tells Burns that she struggles with dyslexia and so does her son. She states that because of this she would be the ideal partner because she understands what it is like to live with learning disabilities. Burns, who has ADHD, accepted her offer.

Founded as a food truck in 2016, Brothers Bryan and Caleb Lewis brought their business Press Waffle Co. into the shark tank seeking $200,000 for 8% equity. Press Waffle Co. specializes in fully customizable Belgian waffles. They agreed to do the deal with Barbara for $300,000 for 15%. The company now has locations in Oklahoma, Colorado, Arkansas, and several Texas locations.

Melissa and Rick Hinnant pitched their company Grace and Lace to the sharks seeking $175,000 for 10% equity. Melissa created the product after a period of bed rest following a premature birth. She began selling her product on Esty selling nearly 50,000 pairs of the product in just 2 years.

The sharks were really impressed with the couple’s numbers. They started the company with $800 and were able to generate $1.2 million in sales the previous year. All of this while having no debt. Robert Herjavec offered them the $175,000 for the 10% equity asked. But the couple decides to go with Barbara who offered the $175,000 with half of that amount being a line of credit.

Within 5 days of appearing on the show, Grace & Lace generated $1 million in sales. The company now makes about $5 million in annual sales. A portion of every sale goes toward building orphanages in India.

Nardo’s Naturals makes botanically-based skincare products that were formulated by four brothers. The products are cruelty-free, dye-free, paraben-free, and vegan.

The pitch saw all sharks go out except Barbara. They agree to a $75,000 for 50% equity deal. Since appearing on the tank, Nardo’s Naturals has enjoyed annual revenues of $5 million.

Ski-Z is a “ski caddy” made with a single wheel. It attaches to the front of your skis and can be pushed, pulled, and can turn on a dime. The inventor of Ski-Z, Kyle Allen, came up with the idea after he got tired of carrying around his daughter’s skis when they would hit the slopes.

Kyle and his partner Nick Palmero were looking for $50,000 for 15% equity and Barbara agreed to do that deal. The two men mentioned that they may need an additional $50,000 in a line of credit. Barbara tells them that getting the extra cash would not be a problem. Ski-Z reportedly earns about $200,000 annually. 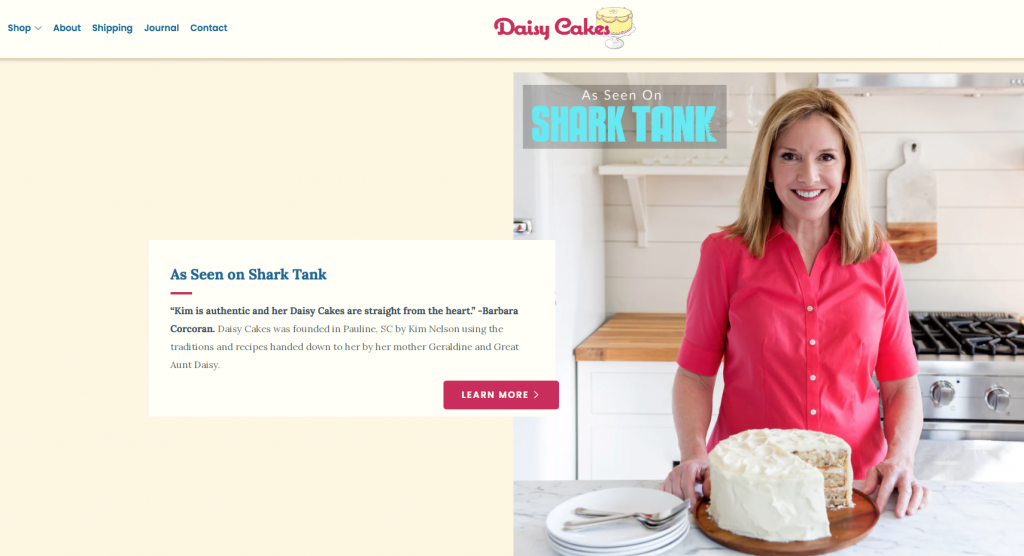 Kim Nelson was looking for $50,000 for 25% equity in her desserts made from recipes handed down from her grandmother. While pitching her cakes, Kim loses the interest of all of the sharks except Barbara. The other sharks feel that it would take too much work to grow the business.

Corcoran notices that even though none of the other sharks want to invest in the company, they did eat all of the cake samples that Nelson passed out. Barbara offers Nelson $50,000 and a royalty of $1 until the $50,000 is repaid. Kim agrees and their partnership begins.

Pipcorn is a non-GMO popcorn snack. Siblings Jeff and Jennifer Martin created the snack and were able to sell $200,000 units before appearing on the show. They felt that they had a winning product but needed help bringing down margins. Both Robert Herjavec and Corcoran were interested in the company but Corcoran was able to win the deal. Most likely, it was her winning track record with food companies that swayed the two entrepreneurs.

The company is in all Whole Foods stores and has even made the list of “Oprah’s favorite things”. Pipcorn now generates more than $5 million in annual sales.

Modern Christmas features acrylic rings with glass balls and chandelier crystals, illuminated from within by an LED light that reflects a rotating mirror ball. In addition to its striking modern design, the trees collapse flat for easy storage.

Bliss begins to lose the interest of the sharks due to concerns about scaling, the pricing of the product, and the fact that it is a seasonal purchase. Corcoran was the final shark left and offered Bliss $100,000 for 25% plus a $5 per tree royalty until she gets her money back. Kevin O’Leary re-enters the discussion and attempts to steal the deal away from Barbara.

At just age 13, Andrea Cao the Q-Flex. The Q-Flex is a personal acupressure system and a self-massage device that enables the user to massage hard-to-reach areas anywhere on the body. Andrea created the product after she continued to witness her mom, Hong Cao, returning home from work with back pain.

The mom and daughter team was able to land two sharks in the deal with Barbara splitting the investment with Mark Cuban for 25% equity. Although Andrea is now in college, Q-Flex has seen much success throughout the years and generates $3.5 million in annual sales.

Shelly Hyde & Kara Haught launched their own line of swimsuits as an answer to their ongoing struggle to find fashionable suits for active women. The women designed their swimsuits to be fashionable and flattering so that women can feel comfortable and confident when at the beach or the pool.

Barbara and the women agree to a deal for $100,000 for 50% equity. Since appearing on the show the company has done over $25 million in lifetime sales.

Jenny Greer and Erin Bickley created Hold Your Haunches after realizing their dissatisfaction with body-shaper clothing. Hold Your Haunches is a line of luxury fashion pants that feature a layer of highly graded compression shapewear that helps create a shapely and smooth silhouette.

The two women were able to land a deal with both Lori Greiner and Barbara for 40% equity. Since appearing on the show, Hold Your Haunches has been able to accomplish $1 million in annual sales.

Pros and Cons of a Subscription-Based Business Model


11 Ways to Grow Your Small Business With Video Marketing