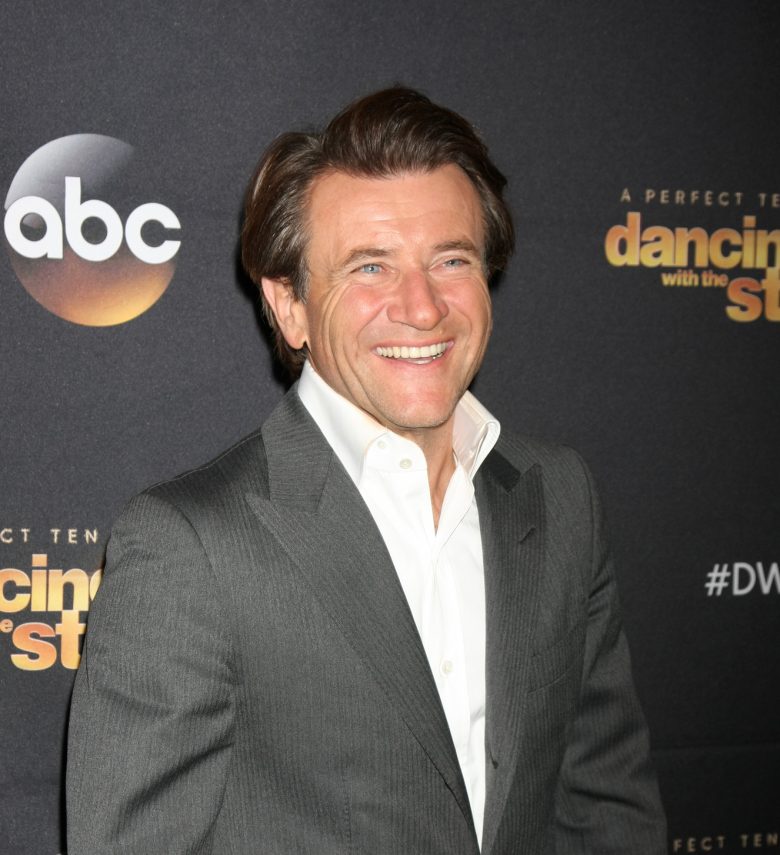 All of the investors on Shark Tank have an eye for a good business opportunity and a wealth of business experience to turn a small business or startup into a million-dollar company. Robert Herjavec is no exception. Herjavec is one of the original sharks on ABC’s Shark Tank and has also been a regular investor on the show’s Canadian version, Dragon’s Den. Herjavec made his money mostly through the technology sector. Even though his network is now over $200 million, he came from humble beginnings.

Herjavec was born in Yugoslavia (present-day Croatia) in 1962. He witnessed his father, Vladimir, being thrown in jail 22 times for being anti-Communist. Later, the Herjavec family relocated to Halifax, Nova Scotia, with only $20. The family eventually settled in Toronto, where they lived in a family friend’s basement for 18 months.

After graduating from New College at the University of Toronto with a degree in English literature and political science in 1984, Herjavec took various minimum wage jobs such as waiting tables and delivering newspapers in order to help his family pay the bills.

Herjavec applied for a position at Logiquest selling IBM mainframe emulation boards even though he was not qualified for the position. He was able to land the job, however, by offering to work for free for 6 months. He was eventually promoted to General Manager of Logiquest.

Later, he was fired from Logiquest. This became the opportunity of a lifetime as he decided to start his own company called BRAK Systems. BRAK Systems was a software company that specialized in Internet security.

He is an innovator in the world of tech and cybersecurity and has helped many entrepreneurs see their dreams come true on the show. In this article, we will look at all of the current deals Herjavec has made on Shark Tank. But first, let’s take a look at how it all started.

Buttercloth sells soft and comfortable shirts. The company owns a patent on the stretch fabric they use to manufacture their shirts. Danh Tran, Gary Falkenberg, and their investor, former NBA player Metta World Peace (Ron Artest), were seeking $250,000 for 10% of the company. However, they accepted an offer from Herjavec for 25% equity.

With Herjavec’s involvement, they have been able to go from making $500,000 before being on Shark Tank to generating $6 million in annual revenue since.

Deal: No shark deal while on the show but Robert Herjavec got involved after Shark Tank

When Tabis first appeared on the show, he was seeking $258,000 for 3% of his company. Unfortunately for him at the time, he was unable to get any of the sharks to invest in The Bouqs Company.

However, three years later Robert Herjavec reached out to The Bouqs Company for help with his upcoming wedding. Herjavec was so impressed with the flowers and the company that he decided to get involved.

That partnership led to The Bouqs Company landing an additional $85 million in funding. Currently, its farm network houses almost 2 billion growing blooms, 10 thousand employees, and 4 thousand acres of bountiful flower fields. Since its launch, The Bouqs Co. has delivered over 30 million flowers.

Adventure Hunt is a Utah-based company that wants to encourage and inspire adventure not just by travel, but by exploring and appreciating right where you are. Sean and Jared Bingham created a unique scavenger hunt that they pitched is great for parties and corporate events.

The two men were able to generate over $700,000 in sales within 18 months of being in business. They accept an offer from Robert for 20% equity. The company had a slowdown after the pandemic but they are slowly returning to regular operations.

The Mensch on a Bench

Mensch on a Bench is the version of the wildly popular Christmas Elf on the Shelf. Moshe the Mensch tells the story of Hanukkah and is designed to bring families together for Hanukkah and promote the values of being a Mensch or good person

Herjavec split this investment with fellow shark Lori Greiner. The company has sold over $7 million in retail sales in just 5 years.

Doc Spartan is a veteran-owned company proudly based in Portsmouth, Ohio. They produce 100% all-natural products for your skin and beard. Most notably, they produce a product called Combat Ready Ointment. This ointment heals cuts and scrapes that can occur when working out, doing yard work, or any other type of activity. The company was founded by Renée Wallace and Dale King.

Since appearing on Shark Tank, Doc Spartan has seen its revenue grow to $4 million a year. 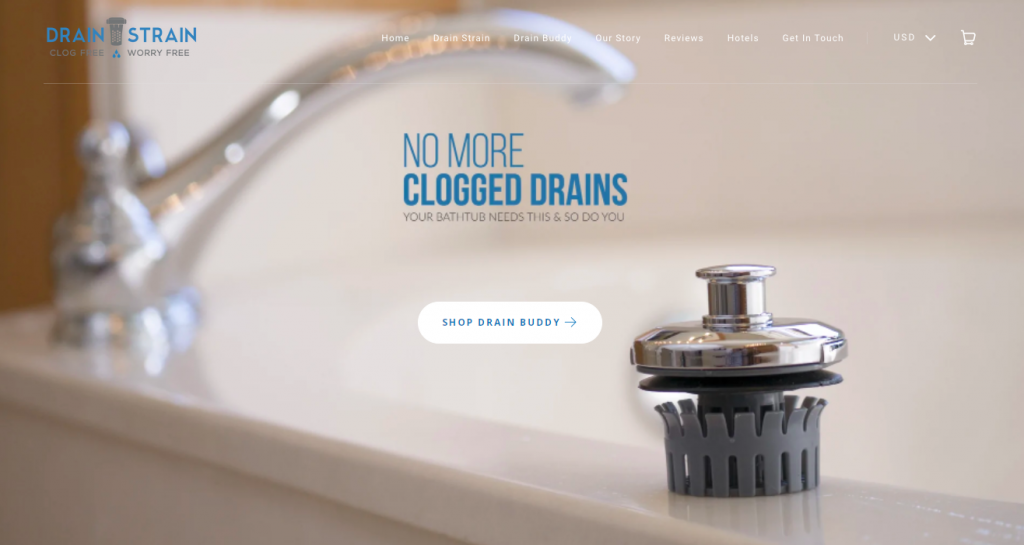 Naushad Ali entered the tank looking for $110K for 15% of his company Drain Strain. The Drain Strain is a product that keeps pipes clean and valuables from getting lost down the drain, all while fitting seamlessly in the sink.

The sharks seem to agree that this particular product is best suited for a licensing deal. Kevin O’Leary offers Ali the $110,000 for 20% equity. Herjavec calls taking 20% for making a phone call “greedy”. He counters with an offer of $110,000 for 10%. Ali accepts Robert’s offer.

The company is now making approximately $3 million a year.

This smart vent was designed to increase comfort and reduce energy costs by regulating your home’s temperature room-by-room. It adjusts airflow to over-conditioned rooms and redirects this airflow to rooms that need it most. With the smartphone app, you can set schedules, set specific room temperatures, and control compatible thermostats.

In July 2019, Keen merged with Ecovent and, as a part of the merger, was acquired by ConnectM Technology Solutions Inc.

Sand Cloud Towels is a beach lifestyle company. It sells beach towels and beach blankets with unique patterns and functions. Their unique selling point is that their towels are made out of 100% Turkish cotton. A pillow is also inserted in each towel for added comfort while lying in the sand.

Herjavec has helped the company increase its revenue to nearly $7 million annually.

Bad Berdie Designs sells uniquely designed golf shirts and apparel. The founder of the company, Jason Richardson went into the shark tank looking to give 10% of his company for $300,000.

He received an offer from Herjavec for 25% for $300,000. Richardson countered by asking Robert to lower the equity to 20%. After Herjavec declined, Richardson challenged the shark to make a putt. If Robert makes the putt, Richardson agrees to do the deal for 25%, if Herjavec misses, he has to lower his equity to 20%.

Herjavec missed the putt and accepted the conditions to take 20% equity. Bad Berdie now has an annual revenue that is over $6 million.

Pat Yates was seeking $375,000 for 15% equity in his company Happy Feet. The company sells comfy slippers that look like sneakers. Yates has been running the business since 1996. Yates was able to make $2.6 million in sales but was only able to profit $660,000 from it.

After a bidding war, Yates decided to take an offer from Herjavec for 25%. Since appearing on the show, Happy Feet has been able to make $5 million in sales annually.

Tipsy Elves is a holiday-themed apparel company. It sells holiday sweaters and other holiday-themed items through its website and other online vendors. Tips Elves primarily sold Christmas-themed sweaters but has now expanded its line to include clothing for many different holidays.

Nuts-’N-More was founded by fitness and nutrition experts who were looking for fortified peanut butters and other healthy sources of protein for themselves and their clients. All-natural butters can be chunky and hard to spread.

Nuts-’N-More created a unique recipe for our fortified butters and a natural process that simply involves crushing the nuts and blending the ingredients in a way that achieves the finest texture.

Hungry Harvest was started by Evan Lutz. Lutz realized that over 6 billion pounds of produce are wasted every year for not looking good. Even though the food is perfectly edible. Hungry Harvest delivers “ugly food” to customers and also donates a meal to a family in need for every box they deliver to a paying customer.

Barbara Corcoran, Kevin O’Leary, and Lori Greiner were all interested in the company with Corcoran being more interested in the business before the philanthropic endeavors. Herjavec made an offer to Lutz for $100,000 for 10% which he accepted

Aira manufactures the world’s first most innovative “free positioning wireless charging pad”. With it, you can charge multiple devices at a time, and place them anywhere on the pad.

Eric Goodchild and Jake Slatnick went into the shark take looking to offer 7% of their startup for $500,000. But they instead accept an offer for 15%. Herjavec split this deal with fellow sharks Lori Greiner and Kevin O’Leary.

The company is now doing over $4 million in annual sales.

Goverre is a portable wine glass tumbler with a silicone sleeve and a drink-through lid. Bring your favorite glass of wine with you. No spills. Just wine.

GOVERRE is a GLASS, portable, stemless wine glass with a silicone sleeve and drink-through lid. With GOVERRE, you can now bring your favorite glass of wine with you.

Goverre has sold $4.6 million in retail sales in just 2 years since airing on Shark Tank.

Ever wondered the net worth of the investors on Shark Tank? Check out our article here.


5 Types of Business Risks You Should Understand