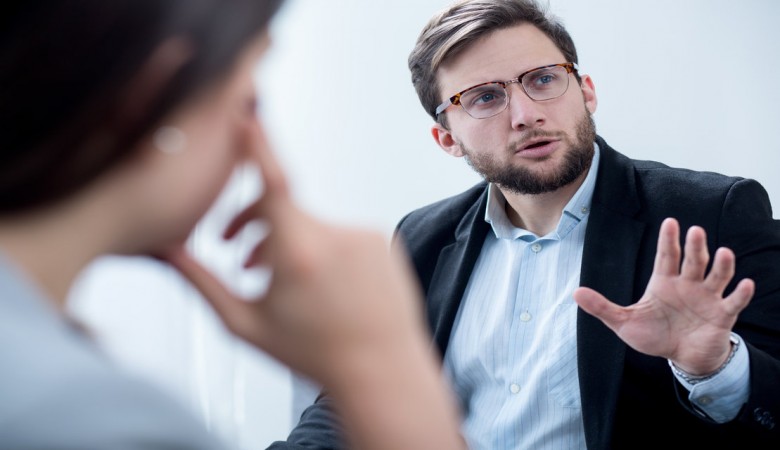 Strong personalities are common in a startup environment. I asked a good friend of mine, who is a co-founder of a startup in SanFran, to tell me three key things I should know about breaking into the tech startup space. He said, “It takes confidence, money and a desire to lose both.”

Confidence is an essential characteristic for any risky endeavor to be ultimately successful, but the line between confidence and an inflated ego is a very thin one and one that is dangerous to cross.  In business, an inflated ego is often admired and actively cultivated. Ego-endowed individuals with an overdeveloped sense of confidence are regularly praised and promoted for their willingness to take risks and their resilience to criticism and failure. They sport well-intentioned nicknames relevant to their job function like “Rainmaker” for that magician of a salesperson or, as was the case in my previous place of employment, “King Nerd” for the smartest engineer.

These employees are excellent at what they do. They are intelligent, gifted, and they get things done. Entrepreneurs, who more often than not sport their own inflated ego, lay in bed at night and dream of hiring these individuals to their team. Unfortunately, these dream team members can quickly turn into a nightmare.

I know what you’re thinking. How can something as good as an intelligent, confident, resilient-to-criticism employee who gets things done, possibly be bad for a company, especially one as inherently risky as a startup? Don’t startups NEED team members who are willing -even eager- to take risks and keep trudging forward in the face of almost certain failure?

Successful startups begin with successful people. Then, the culmination of their personalities, beliefs, behaviors, and how they work together over time result in the organic development of a company culture. Successful startup cultures are ones that are designed to support collaboration, rapid learning, knowledge sharing, out-of-the-box thinking, the ability to take risks, and most importantly, the freedom to fail. A startup does not need individual team members who are willing to take risks; they need a TEAM that is willing to take risks.

There is something special about technical teams that aren’t necessarily true of teams in other sectors. Teams that are comprised heavily of technical talent, such as engineers and programmers, tend to be fairly homogenous.  They display characteristics of extreme attention to detail, a tendency toward perfectionism, are relatively passive in their interactions with others, and have a strong resistance to sudden change. These teams are not inherently well suited for the “startup life” where rapid change, out-of-the-box thinking, and risk taking are all part of the job, but they’re necessary for tech startups to succeed.

Their resistance to change and moving quickly is only amplified when one or more team members displays an over-inflated ego and the associated traits of poor listening skills, the need for competition, and a desire to showcase their ideas over those of others. In my experience, there is a way of organizing a technical team that embraces change, is eager to move quickly and is willing to take risks, but it requires a conscious commitment to a culture of trust.

To set a team up for useful and productive risk taking, there has to be something that Google has coined as “Psychological Safety.” Amy Edmondson, Harvard Business School professor, defined “psychological safety” as ‘‘shared belief held by members of a team that the team is safe for interpersonal risk-taking.’’ She goes on to say it requires ‘‘a sense of confidence that the team will not embarrass, reject or punish someone for speaking up.’’ Essentially, what she has described here is that team members must trust each other. They must trust each other to do good work, to protect their feelings when putting themselves in the vulnerable position of sharing, and that others will reciprocate.

Use Failure to Suppress Egos

The word “failure” has such a negative connotation associated with it that the most successful, dare I say it —egotistical– of individuals, will do anything to prevent association with the word. Team members with inflated egos openly boast of their successes and confidently proclaim their propensity for winning. Many even struggle to come up with an example of failure.  But let’s be honest; everybody fails.

What’s more, is that failure is almost always a prerequisite for the subsequent success. People with large egos tend to be blind to their own weaknesses and overconfident in their abilities, making them more careless and prone to mistakes. Not only is this costly for the businesses, but their ego also prevents them from being receptive to the learning opportunities presented by failure. Failure needs to be a supported and a strategic part of every team’s process.  But only if that failure is productive in helping the individuals and team grow and improve as a result.

Startups move fast; everybody is learning and adjusting on the fly, and often the team is just a single good idea away from the company’s next big leap. If that good idea is sitting inside the mind of a team member too afraid to speak up because the “King Nerd” publically criticized the last idea they had then they might not feel safe enough to share.  If ideas go unshared and untested by the rest of the team, then the team is going to stagnate and is, at this point, essentially dysfunctional.

Another risk of having one or more over-inflated egos on a team is the reality that there is a good chance some team members are actively struggling with what’s called “impostor syndrome.” Imposture syndrome is extremely common in the tech industry, as it is in most industries with high-achieving and exceptional talent. Those who struggle with impostor syndrome find themselves unable to internalize their success effectively and convince themselves that they have somehow managed to fool everyone into believing that they are more talented, smarter, and competent than they believe themselves to be.

Put these people into a situation wherein another team member openly touts his/her own superiority, actively encourages competition, and demonstrates the inability to listen to anybody’s ideas other than their own, and it could undermine the “psychological safety” they need to thrive as team members. Thus, leaving the team, once again, dysfunctional.

Egos Need to Be Fed Constantly

Perhaps the biggest pitfall of an inflated ego is the insatiable need for praise. People who sport large egos need to be fed a continuous stream of compliments and acknowledgment.  Perhaps even resorting to claiming credit for accomplishments only made possible by the collective talents of the team. This is harmful to team dynamics and unscalable. There just isn’t room on a team for egos.

My point? That the heyday of the ego is over. What once was an often celebrated and sought-after characteristic promising success and a great return for a company is now a liability for drama and dysfunction. There is no room for a throne when building a team of successful and high-performing technical professionals. Focus on developing a culture with a strong foundation of trust, and you will easily cultivate the necessary components of a successful team: collaboration, rapid learning, knowledge sharing, out-of-the-box thinking, the ability to take risks, and the freedom to fail. Together. As a team.