Removing the Cognitive Biases that Hinder Your Decision-Making 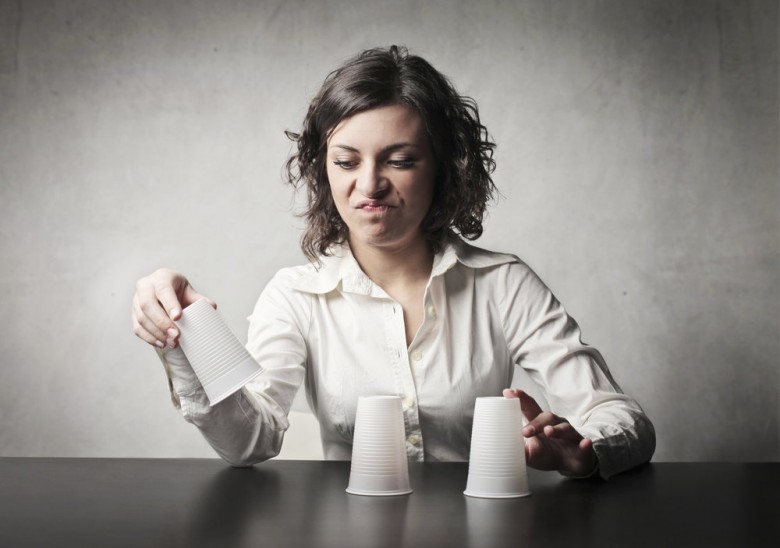 Decisions define our lives; we sift through hordes of information to make crucial ones that go on to map our life’s trajectory. As humans, we are lauded as rational beings capable of thought and reasoning, and our brains are touted to be one of the most able computers in the known world. Yet somehow, there is another expression that exists to contradict this paradigm: “to err is human.”

If we were as capable of faultless reasoning, then there would not have been the need for computers to help make the different types of decisions we need to make. In fact, we may not be as capable of processing data and information as we might think we are. What hinders our rational decision-making capabilities is also the side of us that makes us so unique: our emotions and experiences. The “erring” in our judgements is caused by an acute set of conditions known as cognitive biases.

What are Cognitive Biases?

A “bias” is an unjust prejudice formed in favor of one thing compared to another. A “cognitive bias” indicates our inane tendency to distort facts and cloud our rational capabilities because of our prejudices. When we hinder our decision-making prowess because of a wrongful processing of information or because of our emotions and ego, then we succumb to our cognitive biases. This leads to a slew of bad decisions, and in the world of commerce where there are large ramifications for bad decisions, businesses and consumers alike can suffer heavy losses.

Most individuals and businesses are unaware that their judgments might be afflicted by biases at all. One of the most common biases that exist in all of us is our anchoring bias. We tend to fixate on the first piece of information we come across and in a corporate setting, this can hinder agility. When companies look towards taking a risk, then they cannot afford to be rigid in their thought and expectations. If, for example, the pre-project financial projections indicated a 15% Return on Investment (ROI) but post-project they were not achieved, then the firm needs to forego its anchoring bias and pivot accordingly.

There also exists a similar bias known as the outcome bias, which is our tendency to make decisions focused solely on the final outcomes. If firms do not consider the consequences of our decisions, then it gives rise to unethical business behavior, such as firing 10,000 employees in pursuit of a 40% net profit increment.

On the flip side of the anchoring bias is the recency bias, which is our tendency to linger on the most recent or the last piece of information we come across. It is not always true that the “best is saved for last,” and we must learn to look beyond the sequence of information to make well-informed decisions.

Don’t Try to Make Sense of the World

The cluster bias or gambler’s fallacy is the tendency to arrange random, unlikely events into patterns to explain or arrange information. This bias is most common in the world of finance. Investors are known to construe patterns out of thin air to validate their risky investments.

This bias is closely related to the recency bias, and it can lead us to conjure up likelihoods or opinions based on recent events. This type of prejudice alludes to our irrational tendency to “overestimate” or misjudge a likelihood based on recent sensational or memorable events. This implies that if there were two recent floods in Minnesota, Minnesotans could state that they would be experiencing annual floods, but there might not be supporting data to prove the statement.

In fact, the world and the numerous things that happen may not be correlated at all. As humans, it is our natural tendency to try and organize things into orderly fashions to find explanations around us. The harsh reality is, however. that there might not always be plausible patterns that we foolishly convince ourselves that there are.

The Jumping to Conclusions Problem

Our Emotions Dictate Our Lives

There are many biases triggered by our emotions as well, such as overconfidence. Wrongful assessment of our capabilities leads to this fallacy. Other similar biases include the choice-supportive bias, which is our tendency to support our choices even though they may be flawed. Businesses make this costly mistake time and again, because they feel the pressure to back up their decisions, mostly by pouring good money after bad.

Two conflicting biases based on our experiences, either positive or negative, can lead to certain biases such as the optimism bias (having an optimistic view about something based on a favorable experience) or the conflicting negativity bias. We also tend to stereotype or bandwagon based on popular beliefs. Bandwagon biases hamper businesses because they can detract whistleblowers or change-makers seeking to radicalize a firm when others hold a confirming view of it.

The Root of All Bad Decisions

Another debilitating bias that is causing many bad decisions has many names. It is known as the confirmation, conservatism, or myopia bias which is closely related to another issue known as “bubble dwelling.” This bias arises because we tend to grasp for settings and decisions that are familiar to us, even though they might be the wrong ones. This issue came to the forefront early this year after the left-leaning, liberal media were jolted by overwhelming conservative global events such as Brexit and the Trump win.

Despite all our seeming worldliness, the truth of the matter is that we are shaped by the immediate world that we see through our limited line of vision. This is precisely why it is recommended that businesses and individuals alike surround themselves with people of differing views. We must accept that there is always another side to every story, and that we must listen to the other side. The other side exists, and we should be open to it if we want to fight bad decisions because of our cognitive biases. In lieu of these biases, there is one more that we need to be aware of: the blind spot bias, which is the inability to recognize our own biases.


How to Craft a More Effective Business Plan