How to Beat the News Feed Rankings and Build Organic Reach 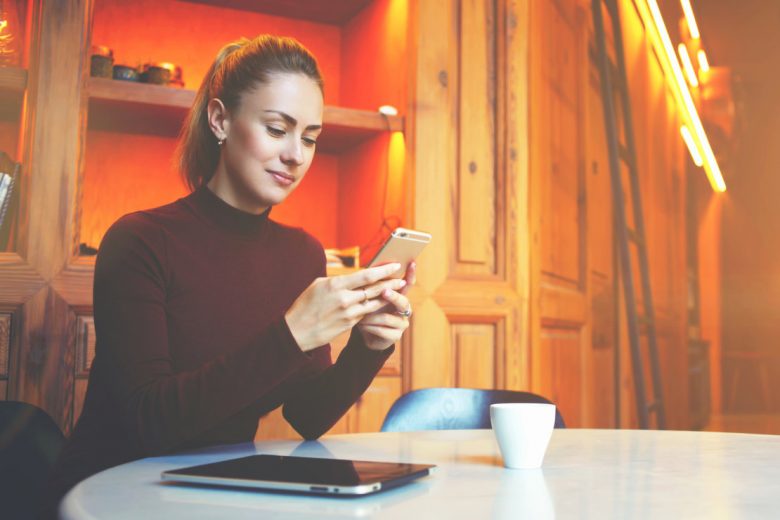 The Dirty Game of Newsfeed Rankings

While out to dinner last night, I noticed that my friends had developed a “Snapchat tendency.” I watched patiently as each one painstakingly chronicled our outing by posting a snap as we entered the dumpling joint, ordered, waited, and then ate the said dumplings!

Trying to stick to my New Year’s resolution (thou shall not judge others unjustly – or something like that), I decided not to admonish my friends and instead came away from the night with a new-found appreciation for Snapchat. True to its original premise, “snaps” are instantaneously broadcast to one’s subscribers/followers/friends (?) without any hassle of ranking algorithms (that other sites have started using).

After coming to an agonizing conclusion last year that my life wasn’t cool enough to be broadcasted 24/7, I had decided to refrain from Snapchat, and instead focus my energies on sustaining at least three social media accounts: Facebook, Instagram, and Twitter. I didn’t want to overwhelm myself with yet another social media account as well. But lately, my chosen three platforms’ convoluted newsfeed/timeline setup has started to irk me.

There are all sets of rules for increasing engagement and viewership of one’s posts on these sites, with each platform suggesting a different set of them. Yikes! I was starting to think that maybe it was time for me to give up on social media altogether when I remembered my other New Year’s resolution: “thou shall not give up easily – or something like that.” I decided to take a stand, and crack down on those ranking algorithms before quitting on social media. This is what I came up with.

Most social media sites today use a combination of algorithms to “rank” stories in users’ newsfeeds through a set of criteria. They have abandoned the chronological dissemination of information in favor of this method, arguing that the new formulas afford its users a more personalized experience. These “artificially placed” posts occupy the first dozen slots on our homepages.

As a result, us users are fed the most-relevant information that is guaranteed to get a reaction out of us: a like, a comment, or a share. Our reactions to posts are known as “post engagements,” and it is estimated that 10% of original posters’ posts are seen, while post engagements come from a mere 2% of the post’s viewers.

It doesn’t feed into social media sites’ interests if you, as the user, don’t react to things or don’t engage with posts. When you do nothing, then you are not contributing any information about yourself to the site. It serves the site’s interests to keep us coming back to the site every day and contributing large chunks of information to them. From these large data sets, the sites can then ascertain our likes, dislikes, and interests, and eventually what sort of marketing material would appeal to us.

Thus, all roads lead to ad revenues. Remember, “if it’s free then you are the product being sold.” Facebook has built its business by being a necessity in our daily lives. The site takes up 50 minutes (up from 40 minutes last year) of our day every day (on average), and the company generates some $1 billion in revenues. Surely, they’re doing something right! Not only do they want you going back every day, but they also want to make sure that you spend more and more time there each day as well. Simply put, more time every day equals more money. Hence, the diabolical game of newsfeed ranking was born.

Other sites such as Twitter and Instagram are also known to artificially re-arrange our newsfeeds as well. Owned by Facebook, Instagram has truly blossomed into the new darling of online marketing, but unfortunately Twitter does not share the same fortune. Twitter users are spending less than one minute on average on the site every day, thus its ranking algorithms aren’t doing much for them.

How to Beat the Rankings and Build Organic Reach

My main gripe with newsfeed ranking is that it does not always get my posts to the relevant audience, nor does it give them the right reach. Yes, I understand that AI and machine-learning is not perfect and that over time it will improve, but that won’t stop me from complaining! This brings to question, “so how do these sites ‘rank’ our newsfeeds anyway, and how do we bring those AI bots in our favor?”

The end goal is to make ourselves more visible to the relevant audience, and to do so, you need to know what are the ranking criteria of social media sites.

I have a niggling disdain for those who prefer binging on buffets to eating at specialty restaurants. I have always held a firm belief in “quality over quantity,” and it seems that social media sites do too.

The likes of Facebook and Twitter are known to penalize you if you post regularly or “spam” users’ feeds. They will rank major posts – such as a wedding picture or an engagement announcement – higher in the ranking table because it is a “major life event,” i.e., if it is “quality content.” Quality content can also mean the “most popular post” of your many posts (if you post frequently) – this is the post with the highest engagement.

Friends and families’ posts are always shown higher in the newsfeed than “Liked” pages/business’ posts on both Facebook and Instagram. This is because 1) we tend to prefer viewing and reacting to friends and families’ posts over business’ ones, and 2) because business pages post much too frequently. Facebook and Instagram don’t want to bombard us with business’ minute-by-minute posts, thus “Liked” pages undergo the highest amount of scrutiny in their ranking calculations.

On Facebook, you are likely to feature higher on another user’s homepage based on your relationship with him or her. You will firstly outweigh “Liked” pages by being on someone’s friend list, but because users nowadays have 600+ friends on average, you will secondly have to compete with those 600-other people. What comes into factor then is whether (or not) you regularly interact with the potential post-viewer on the site.

If you are a “passive friend” on the post viewer’s friend list, then you will not rank highly on their newsfeeds. If you do however interact heavily with him/her via messaging and other post engagements, then you can climb the ranks on their newsfeed and vice versa. “Passive friends” posts do feature highly on newsfeeds if it is a “quality content” post or a “major event” post.

Meanwhile, Twitter and Instagram both struggle to ascertain “real accounts” to “business accounts,” and it is unclear if they rank friends and families’ posts higher on their newsfeeds than businesses’ posts. Instead, Twitter and Instagram employs the “viral rule” meaning that posts with more engagement showcase higher on newsfeeds than posts with little or no engagement.

Social media guru, Neil Patel, says that one of the keys to building a followership on social media is finding the right balance of post frequency (this hearkens back to the quantity over quality rule). He also argues that there happens to be an exact science for the number of times you should post in every platform, while making sure to post only when most of your potential post-viewers are online.

It is universally accepted that three tweets per day bring in more post-engagement than any fewer tweets. It is also somehow believed that two posts per day on Facebook is the golden rule for high post-engagement, but that is only applicable if you already have a large audience. The optimal number of Facebook posts is up for debate, as gurus suggest employing a trial-and-error method to crack the code. Meanwhile, it is generally frowned upon when Instagram users post many back-to-back pictures on the portal, thus it is suggested that spacing out the posts over the span of some hours is always a good practice. One post per day is good enough for Instagram in general.

That’s it for my rant on the social media sites’ sinister newsfeed/timeline ranking tendencies, and how we can vigilantly fight for our space on the Internet. Good luck navigating them!

9 Sleep Routines of Powerful Leaders: How Does Yours Measure Up Next to Theirs?