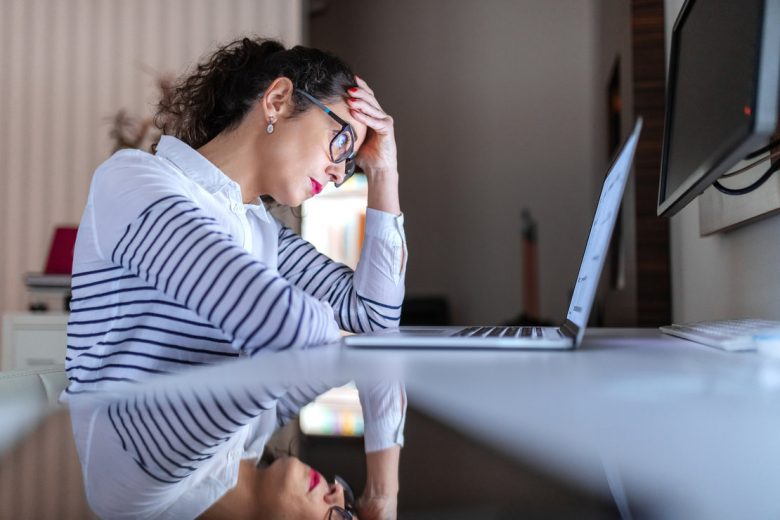 The entrepreneurial jungle is no joke. Particularly if you’re a one-man/woman show. But that’s no excuse for not winning. A lot of solopreneurs are finding themselves stuck in a rut with their backs against the wall and I don’t know about you, but that’s not a position I enjoy – especially not in business.

Do you know what would happen to a thief if he decided to jump from the roof of the Empire State Building? He would end up being mashed spaghetti. But what about a priest, a monk, or the purest, holiest, and the most innocent person you can think of? Would he or she suffer the same fate as the thief if they took the same action? Of course!

When it comes to gravity, we learn early in life that it is no respecter of persons. It doesn’t matter who you are, or how good your intentions are, if you don’t align yourself with the law of gravity, you get hurt.

Business is pretty similar. Did you ever think about it that way?

Here’s another eye opener. Have you ever contemplated anything along the lines of “I’m a good person. I work harder than anyone I know. I’m honest, can’t stand tricksters, and all I want is to help people. Why am I not making more money?”

The people who earn a good income in business and continue to thrive are diverse in their appearances, personalities, intentions, and backgrounds. Think of someone like Gary Vee. The man is an acquired taste, and it took a while for me to appreciate the value he brings to the business world, because his personality is far removed from my personal preference. Compared to someone like Neil Patel, these two guys are like night and day (from a personality perspective), and yet they both win at marketing. Think of Tony Robbins.

His personality doesn’t resonate with most people. And contrast his aggressive nature with someone like Neale Donald Walsch, and it makes you wonder how each could be so influential and successful despite their seeming differences. Now, these are just a few examples of individuals (who came from ordinary and humble beginnings) across various niches. But there are thousands of people getting into business (even the same niches these men are in) trying to add their value to the marketplace, yet failing miserably. I once had a conversation with a potential client who made a strong case as to why Tony Robbins doesn’t do a good job helping people get transformational results. Our working relationship didn’t pan out because I was too expensive and then when I check on them six months later, their product (that was meant to be the next big thing in the personal development space) barely made a sale. Here’s where I am going with this train of thought:

Success in business isn’t about a specific personality or being handsome/beautiful, altruistic/selfish, young/old, highly educated/self-taught, aggressive, or polite. It’s about doing things in a certain way. Did you “get it?” Read that statement again until it sinks in.

That’s why a seemingly “selfish person” will win in today’s marketplace, and the altruistic coach who wants to change lives and start a non-profit will continue to eat scraps. Think about that.

Good things in business happen to people who align with the laws of business.

Have you ever wondered, “Why do good things happen to bad people?” If you nodded your head in agreement, you are part of the problem in your business because it means you’re holding on to a belief that will deter your success in business. And listen, this post isn’t about mindset tips or lessons on ethical-moral codes. I’m not here to give you a lecture. This is a letter to hopefully wake you up to the fact that you’ll start winning in business if you learn to apply yourself in the right way. Something very few solopreneurs are doing.

Most solopreneurs come into the big game feeling like, “the little guy.” They tend to make a two-fold mistake, which ends up costing them a lot of money in the long run.

First, they fail to price their product correctly. If you sell your products for too much or too little (this is often the case), your business will lose money. And unfortunately, most solopreneurs set low prices, which leads them simultaneously to the second misstep — overselling their product.

Recently, I was walking around the city of Florence here in Italy, trying to find an ATM to withdraw some cash. My daughter was accompanying me. A few meters before the cash machine, she caught sight of a guy who had a pop-up shop with some fancy “ancient” writing pens. The type that only geeky people like her would consider impressive! She stopped, eager to make a purchase (using mommy’s wallet no doubt) but unfortunately, the guy turned her desire off. It wasn’t just the price point he had picked; it was the desperation in his voice. And the fact that he imposed his sales pitch on her and kept trying to get her to buy what she didn’t even want.

Three minutes into that initial buying journey, and she lost interest. Decided to catch up with mommy – without a purchase. I asked her what went wrong, and she said, “He kept shoving a more modern version in my face instead of selling me the antique that I wanted. And then to make it worse he said if I buy both of them, he would give me a good discount. I just got bored and impatient and remembered why I dislike shopping in the first place.”

That guy might have been selling a physical product locally, but regardless of what you sell, the lesson is worth learning. Don’t make the same mistake he made. In his attempt to make a sale that day, he came off too salesly, non-empathetic, and unable to deliver on the results that are for the highest good of the customer. That small business owner must be losing a lot of money because he fails to align with the laws of business.

Selling on the Internet is no different than selling in person. If you don’t understand the laws of business, it doesn’t matter how altruistic your intentions are; you won’t grow a successful business long-term.

A big part of aligning yourself with the laws of business is getting very clear on the value you offer and translating that into the same language the client is speaking. If you don’t know how to do this or never thought about it like this, now you know what steps to take to start seeing more sales.

The only way you will survive and thrive in the business world is if you generate profit. A business that isn’t making a profit is not a good business model unless you’re a non-profit. Many solopreneurs are struggling with this. And although one can’t tell by looking at their social media posts and those larger than life videos they like to share – the bank account, the resources, and structures they build to support their dream speaks volumes. It might seem cool to create a facade about your brand on Instagram. But when the dust settles, the unsexy and real work that you do behind the scenes (how you create more value, how you approach and serve your clients), will be the determining factor that either helps or hinders your business success.

So, how much effort have you put in to developing a clear high-value offer that is client-focused and pricing it right? Do you feel like you’re aligned with the laws of modern day business?

Contributor: Janette Getui is a mompreneur transformational writer and prosperity coach. She is the co-founder of Bold Beautiful Blissful U and hosts transformational prosperity retreats and masterminds. She also runs a content creation agency that supports visionaries and thought leaders. Check out Janette's articles and follow her @janettegetui
One last step! Check your email to confirm your subscription and to get your free ebook! Thank you!


Contributor: Janette Getui is a mompreneur transformational writer and prosperity coach. She is the co-founder of Bold Beautiful Blissful U and hosts transformational prosperity retreats and masterminds. She also runs a content creation agency that supports visionaries and thought leaders. Check out Janette's articles and follow her @janettegetui