Is Your Startup Self-Sabotaging Your Diversity Efforts? 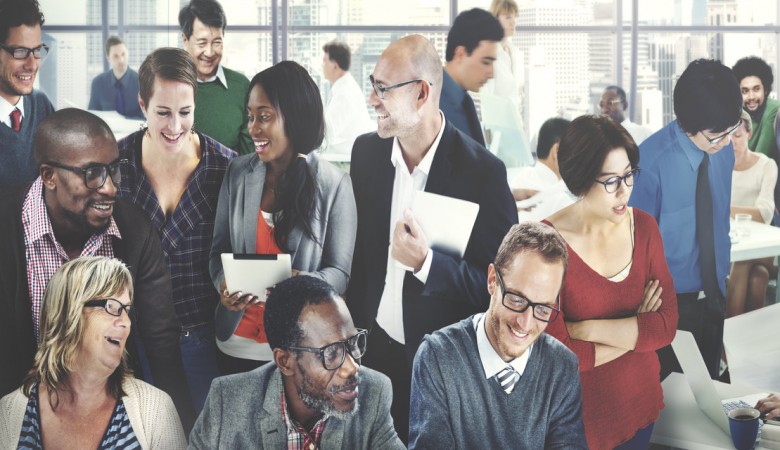 It’s no secret that the startup scene in America is struggling with diversity in a major way. Despite the fact that upwards of 37% of America is non-white, only 15% of startups are minority owned. The situation doesn’t look any better when you look at the employees of these companies either. African Americans and Latinos, which between the two groups make up nearly 30% of the American population, only account for 4-5% of the tech startup scene. Women, while they make up over half the population, only account for about 30% of the tech space.

Recently, there has been an aggressive push in Silicon Valley, and in startup communities as a whole, to try and improve their diversity. Companies are incorporating blind interview processes, flexible work policies, unlimited vacation days, paid maternity leave, and are actively reaching out to minority communities to improve the diversity of their applicant pool and minority retention rates. These efforts are commendable and seem like a step in the right direction. Sadly, however, they don’t appear to be working.

While there are a plethora of articles hitting the blogosphere pontificating about the reasons why these efforts aren’t producing the results that they should be, I have my own theory, and the solution is free and easy to implement. Diversity is failing in the startup space because companies lack mindfulness.

Being a woman in the tech space I’m a member of a fantastic group called Tech Ladies. The group is specifically created to help women find support and employment in tech companies. Often women share their stories and ask for advice or counsel from other women who have “been there”. Not long ago, I read the story of a young Korean woman who had applied and was hired for a paid internship with a small tech startup.

She was excited about the opportunity and even turned down another offer she had received to take the internship. On her first day, she heard the CEO and CTO joke about how “All Asians love basketball.” Later she witnessed the CEO ask another Asian if he “won math competitions.” During an entirely separate conversation the CEO followed up a statement with “wait, was that sexist?” and when she failed to appear to fully embrace the culture of insensitivity they prompted her to join in stating, “We like to make fun of everyone around here”.

How does this happen?

Startups often start with an idea and just one or two guys in a garage, office, or basement somewhere. These guys spend long hours and many days together bouncing ideas around, fighting over direction, next steps, and vision. Maybe it’s the dark environment.

Maybe it’s the buddy-buddy culture that early teams develop during those long delirious nights with their nose to the grindstone trying to make a go out of this flicker of an idea they’re trying to bring to life. Whatever the origin, somewhere along the way, this founder relationship; this comfortable and informal bond slowly develops into a company culture. Perhaps unconsciously or maybe even intentionally, the team grows, one person at a time, while keeping the familial, informal and often insensitive culture intact.

The problem is that (thankfully) not everyone is willing to grow that thick skin and just tolerate the insensitivity. Some people will demand to be respected and treated as an equal, and if they don’t get it, they’ll go in seek an employer that can provide them with that safe space and a tolerant working environment. The lack of mindfulness by the startup employers is why startups are failing to retain minorities.

This woman, whose story I shared with you above, reached out to the group not to share how awful this company was, but to ask for perspective. She essentially asked the group to tell her she was being overly sensitive to the situation. Let that sink in for a moment. This woman had been placed in multiple situations throughout the same day that made her uncomfortable and had her questioning whether she should quit after ONE DAY of employment, was seeking out someone to confirm the problem was her.

Embarrassingly, my first thought was, “Yep; that’s just how it is.”

How is it allowed to perpetuate?

When I first read this woman’s account of her first day, it instantaneously recalled the many past experiences in my own career where instances exactly like this had happened. I related to her, but worse than that, I realized I was part of the problem. This woman’s account of her first day was the playbook by which I cut my professional teeth on as a rising young female manager in the restaurant industry. Most of my career had been in perhaps the most insensitive, hostile, uncouth, tactless industry of them all: the restaurant industry.

A super small example: on my first day as a server in a small restaurant, my bra, which apparently the lace detail of could be seen through the back of my men’s white button down shirt, became a topic of discussion behind the line (in the kitchen). I overheard the male owner and executive chef loudly commenting on it and openly discussing it to his male sous chef. There wasn’t much I could do about it in the middle of service, so I ignored them.

After the shift, the General Manager, also a man, asked me to not wear that particular bra again to work as it was a distraction to the kitchen. Clearly, the issue had been my choice of bra, not the complete immaturity of the kitchen staff. A hundred more of these experiences and I just accepted it as how life is as a woman in the workplace and I decided that accepting it was the only way to succeed.
Why is Mindfulness the Answer?

Note that I’m not advocating for the adoption of “political correctness” in all startups. There is an important difference in “politically correctness” and mindfulness. Large corporations often have many policies, and a ton of resources spun up in their commitment to political correctness in the workplace. In my first position outside of the restaurant industry, I was reprimanded by HR just days after starting my new job for saying “for shizzle.” Those two small words had apparently offended the person with whom I was speaking, and so she reported to HR that I had said them. HR paid me a visit and told me that my using those two words was racially insensitive and, as a white person, it was unacceptable for me to use them. This interaction, while riddled with cringeworthy moments, is also an example of how companies regularly insist upon “politically correctness” without also practicing and encouraging compassion, understanding, and inclusion.

In contrast, Buffer recently posted an article on their blog about how an internal email seeking advice on how to make their job postings more gender-inclusive started with the phrase “Hi Guys.” Despite their commitment to increasing the number of female employees, Buffer publically recognized that they’re still working on improving that experience for women, and highlighted how this small snafu opened up an opportunity for discussion that improved their ability to communicate better with their female workforce. This open-minded and mindful interaction is an example of how a company insists upon and puts into practice “mindfulness.”

Being mindful does not always mean censoring yourself, walking on egg shells, or avoiding conversations about gender, race or other difficult workplace topics. Mindfulness means culturally embracing the fact that you haven’t figured it all out or perfected anything yet, but that you’re open, as a company, to discussing what that ideal inclusive, accepting, and safe environment looks like for everyone. Mindfulness is not a top-down policy that one can put in place; it’s a mindset and a cultural norm that must be practiced and embraced by all members of the team. Mindfulness means leading with compassion and a willingness to listen. Mindfulness means being forgiving when the company, or an individual falter. But, it also means being committed to ensuring those learning opportunities become part of the fabric of the organization so that the company, and its employees, become better, stronger, and more mindful moving forward.

Put simply; mindfulness is the answer exactly because it isn’t an answer. It isn’t presumptive enough to believe that it can solve diversity issues through changes to practice, policy or benefits. It is collaborative, ever-changing, and requires the promotion of uncomfortable conversations to be permitted at all levels of the organization. It looks different for every company and every team. It’s human, organic and personal, but if your company is committed to diversity and hasn’t seen results from your diversification strategy, I’m betting it’s because you’ve failed to incorporate mindfulness into your efforts.