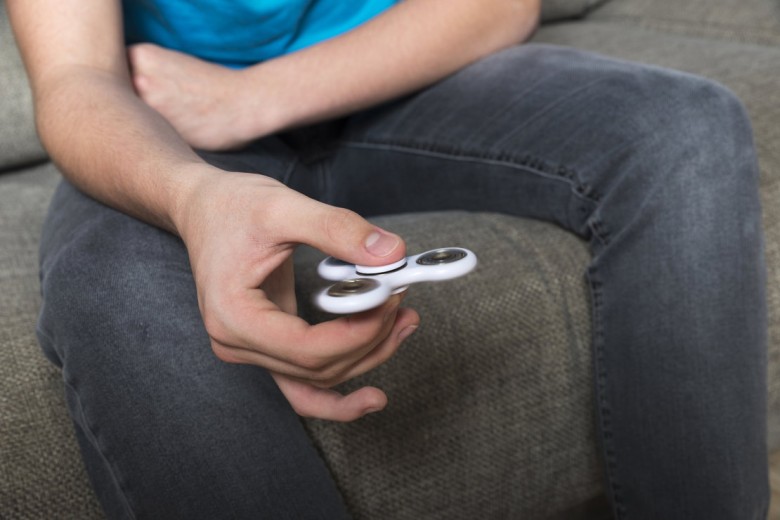 I first heard about fidget spinners about a month ago from my niece, my nephew, and all their friends. We have tried countless times to get our hands on them locally to no avail. The more I shop for them online, the more I am reminded of the Cabbage Patch craze from when I was a kid.

Saturday Night Live even had a skit based on a Cartier fidget spinner for rich ladies who bore easily. As big of a deal as Cabbage Patch Kids were, it doesn’t compare to the popularity of fidget spinners and here’s why…. not only are these little gadgets geared towards kids, but also to adults.

A Missed Opportunity Decades Ago

Fidget spinners are a great example of how marketing can change your bottom line in a big way. Here’s the thing, they were invented 20 years ago by a woman named Catherine Hettinger. An event inspired her while visiting family in Israel, where little kids were throwing rocks at police officers on the street.

As an inventor, she searched her mind to figure out a toy that might soothe these kids and stop their boredom so they wouldn’t resort to bad behavior. It was then, back in the 1980’s where she came up with what is now named the fidget spinner. Here’s the thing, you didn’t hear about it until recently, right?

The Right Product at the Wrong Time

Hettinger took her product to Hasbro 20 years ago, and they rejected it. Not having much luck with selling the toys, she gave up her patent, which ended in 2005 allowing companies to sell the product independently from her. Here’s the first lesson in marketing. Obviously, she didn’t make the product at the right time or she didn’t send the right message out to the right market. Had the fidget spinner been brought to people with vision, Hettinger may have been one rich woman.

The Article that Changed the Fate of Fidget Spinners in 2017

Maybe Hettinger just needed to wait until an article came out in Forbes about the benefits fidget spinners offer for adults and kids alike. Back in 2016, James Plafke of Forbes came out with an article stating that fidget spinners were a “must have” office toy for this year. Reviews started to pop up all over social media, talking about how great the fidget spinners were. It was an organic kind of growth that companies such as Torqbar out of Seattle are benefitting from.

Torqbar is currently competing against the cheap plastic spinners that are raining in from China now. They started back in 2014, and sell high end metal spinners that range from $140-$800. They market to an elite group of people who are mostly upper end management in corporate settings.

Perhaps another aspect of the fidget spinner is the health benefits they allegedly have. No matter how neat someone thought they were, finding a reason to play with them incessantly may have been the catapult to popularity. Hettinger originally created something very similar to the spinners on the market today for a reason. This reason was finally laid out to the mass population by the right people in a way they could understand.

The spinners are supposed to help people with ADHD and anxiety, which really wasn’t talked about back in the 80’s. Now that these are accepted problems that many suffer from, so this easy and fun solution seems like the greatest invention since sliced bread.

The marketing ingredient that finally popularized this toy was that it is designed to be a calming tool that could help one stay focused. Some market fidget spinner on Amazon as a stress reliever. There really isn’t any research that has been conducted to prove whether the fidget spinners can magically ease stress, but that hasn’t stopped sales. So parents are buying them for their kids because they want to see them doing better in school.

Adults are getting them for their own use so they can focus better at their job. Really, the marketing geared towards this little plastic toy is pure genius. Banning them from schools is only causing more of a frenzy. Sometimes the recipe for a toy just suits what the world needs at the time.

Reselling at a High Rate

Companies are buying them from China for $1.40 and reselling them for $20. The cheap fidget spinners that retail for about $20 in North America are an out of control success. The Chinese continue to manufacture and send abundant supplies into the U.S., and Canada and stores still can’t hold onto them. The spike for fidget spinners as told by Google began in April 2017, and already schools have banned them because there are so many.

In marketing, you want to illustrate how something is valuable to people. Consumers buy things because they feel like it will enhance their life. It’s why the beauty and health industry brings in billions per year.

So as silly as the fidget spinner may seem, it’s a cool looking toy that respectable people claim is good for your soul. Having a hot item that looks cool and claims to help people with the most rampant problem we face which is anxiety… it pretty much had to be successful. All the right buttons were pushed for fidget spinners to rise in popularity quickly.

Marketing is so much about knowing what people really need even if they don’t know what they need. While it was designed and produced throughout the years, it took one article to appeal to people. Through trial and error, the fidget spinner is finally seeing its day in the sun. If Hettinger had believed in her product, held on to the patent, and changed her description to appeal to consumers needs, she would be a very rich woman today.


30 Quotes to Remember When You Need Some Encouragement