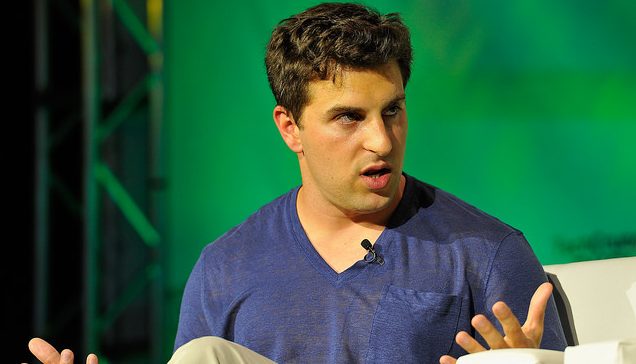 Thus far, the trend of multimillion-dollar tech startups has been associated with whiz kids who’ve attended Harvard or other high profile schools.

One might think that wouldn’t work to his advantage as a tech founder in Silicon Valley, but since Airbnb stands today as the fastest growing tech startup, I’d say we can learn a thing or two about the power of creativity, authenticity, and not letting societal criteria dictate what you can or cannot do.

According to the Financial Times, Airbnb generated earnings of about $100 million last year and grew their bookings by 150%. 2017 marks their first full year of profitability, and I have a feeling that the best is yet to come for this industry disrupting company.

I’m one who wasn’t fortunate enough to go down the path of common social criteria, so for me, studying those who have manifested success in unconventional ways is becoming second nature. As much as I love and admire those such as Facebook’s  Mark Zuckerberg who attended the best schools and already demonstrated their genius at a young age, it’s rather hard for me to relate to or even emulate them because my story has been the exact opposite.

But when I come across individuals such as Chesky, something in me comes alive and desires even more to learn, grow, and get better at my game, because if he can create such massive success, surely any of us can too, given that we develop the right frame of mind and strategies.

I wanted to understand what makes Brian Chesky tick, and how he and his co-founding partners managed to create something from scratch that now has an estimated valuation of $25.5 Billion dollars and rising!

In my exploration, I picked up a few key ideas that every self-made entrepreneur could benefit from. Here are not one or two, but five key ideas that will help you grow your Startup fast.

Most entrepreneurs are chasing after “the next big idea,” when the best and simplest way would be to focus more on solving a specific problem. We hear this all the time from wise leaders – start with service in mind. Be totally invested in solving a problem you know your ideal customer is facing.

If we dig up the core story behind Airbnb, it’s easy to see that Brian is accurate when he says, “if we tried to think up a good idea, we wouldn’t have been able to think of a good idea at all. You just have to have a solution to a problem in your own life.”

2. Don’t be afraid to be a cereal entrepreneur

I found it fascinating to discover just how far Brain and his partner went to make their dream a reality. All the stuff that hardly ever gets much attention, like how much credit card debt they incurred or how their first business idea flopped before they even launched, because someone else was already doing it. But honestly, my best one was learning that they started a cereal selling business. And they managed to get people to buy a box of cereal at $40 a box.

They reportedly cashed in between $20,000 to $30,000. Can you imagine all the work that went into making that happen?

I mean, talk about real hustle. Bottom line, don’t be afraid to hustle and bring in some creativity and innovation to get the wheel moving.  Paul Graham reportedly said to the relentless hustlers ” you guys are like cockroaches. You just won’t die.”  I believe as an entrepreneur bringing your dream to life, people should be thinking the same thing about you!

3. Let Rejection fuel your hunger for success not to drain your momentum.

When I first got started online in 2013, all I could see were fancy videos, pictures, and ads of how successful online gurus were.

It was very disheartening for me, because every time I reached out to a peer, all they did was brag about their influence and all the money they were making. So I started thinking my alarming rate of rejection emails, no clients, and no revenue was due to my background and lack of proper social criteria.

It took a while for me to get my head in the game for sure. I certainly had a bigger learning curve than the average person, and I thought rejection was the necessary punishment I was receiving from society for lacking formal education, proper upbringing, and the right connections.

When I started connecting with authentic people, I realized rejection wasn’t a form of punishment only bestowed on me; it was part of the game.

Growing a hyperactive list of people who engage and do business with you takes time. Getting opportunities to contribute to awesome platforms comes with a fair share of rejection. Creating content for luxury brands requires a certain level of persistence and a “I’m never giving up” attitude. Something that Brian Chesky obviously learned to endure as well.

Thrive Global actually posted some of the rejection emails Chesky received over and over again. Wondering if your long list of rejection means you’re failing? I have some good news.

Rejection doesn’t mean there’s something wrong with you. It doesn’t mean anything, except that the person or people in question are not the right ones to have on your team to drive this vision forward. So keep forging on strong as Chesky and his co-founding partners did, and by all means, do not let it deter your momentum.

One of the things I most recognize in Brian Chesky is his curiosity and desire to test everything. I suppose having taken that degree in industrial design does clue us in on his desire to perceive things outside the status quo.

Art is always associated with a need to explore, change things up, and express one’s true voice, even if that means disrupting the norm. Pretty much sounds like what Airbnb is doing to a great extent.

If we look at their mission, the types of campaign and messaging they are pouring into the marketplace, not to mention the fact that their whole business is focused on connecting people and co-sharing, Chesky certainly shows us how important it is for us as self-made entrepreneurs to nurture curiosity and boldness.

The journey of entrepreneurship is challenging, with lots of blind spots and unpredictable twists and turns. Approaching it with curiosity rather than certainty might just enable us to be agile and flexible enough to use obstacles as stepping-stones.

5. Create a strong support structure around you

The growth of the individual is always going to directly impact the growth of the company he or she is leading. Often entrepreneurs are so stuck in their daily grind that they forget to invest in setting up the right structures that will foster continued growth.

Whether this is in the form of mentors, coaching, reading and other forms of continued education, you must always keep yourself incubated in the right growth atmosphere.

Chesky openly shares that he’s had many mentors along his path and continues to learn from and hang out with other big players who inevitably rub off in all the best ways. But even before he had the big players, he stuck with his co-founders Joe Gebbia and Nathan Blecharczyk.

Together, they kept the dream alive. Picked each other up when times were tough, and created that environment that kept fanning that little flame that today lights the entire planet.

If you’re just at the beginning of your startup, you can still find a way to create a similar environment that I’m certain will open up new opportunities for bigger players and investors to come into your life and business. It has to start now, right where you stand.

Take a moment and do a quick self-check. Is your environment incubating and nourishing your dream or poisoning it?

If there’s one thing I’m taking away from Brain Chesky’s story, it’s that greatness is in all of us. We can all make a contribution that brings our world together and rekindles human connectedness.

That is after all what the digital age is meant to help us achieve. And the best way to do this is by staying focused on solving one small problem at a time and aligning with the right people to help us do it.

Janette Getui is a mompreneur transformational writer and prosperity coach. She is the co-founder of Bold Beautiful Blissful U and hosts transformational prosperity retreats and masterminds. She also runs a content creation agency that supports visionaries and thought leaders. Check out Janette's articles and follow her @janettegetui
One last step! Check your email to confirm your subscription and to get your free ebook! Thank you!


Janette Getui is a mompreneur transformational writer and prosperity coach. She is the co-founder of Bold Beautiful Blissful U and hosts transformational prosperity retreats and masterminds. She also runs a content creation agency that supports visionaries and thought leaders. Check out Janette's articles and follow her @janettegetui


8 Unique Ways to Attract Customers to Your New Business