Will A.I. Complement Future Businesses or Make Their Employees Obsolete? 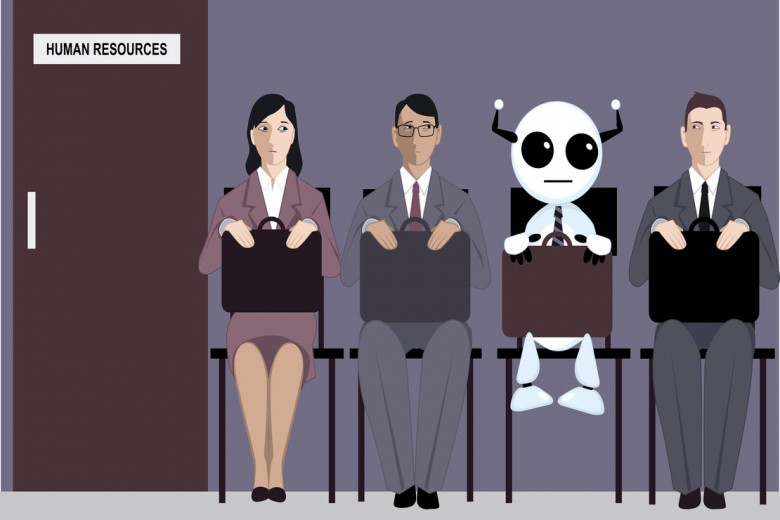 Artificial Intelligence (AI) is the technology which is single-handedly capable of eliminating the gap between science fiction and reality. Since AI’s inception in 1956 at the Dartmouth Conference, it has been an awe-inspiring idea that has grown into real products. Scientists back in the 50’s were certain that the concept would be realized in their era.

They were wrong; it took two decades to gain the interest and funds to truly move forward with Artificial Intelligence. Today, it is quickly becoming a tool we can use for daily tasks. From self-driving cars to personal assistants, AI is making its strong presence felt all over the world. Now, white-collar automation, which is the automation of high-level jobs, is sparking debate.

The Reality of AI Taking Jobs

Some people feel a little concerned about AI and how it will integrate itself into society. We know that robots have the ability to replace manual labor jobs but can robots replace high-level workers? True Artificial Intelligence is capable of learning from mistakes and can get smarter. Stephen Hawking, who is the greatest and the most celebrated physicist of our time, has warned that if not taken seriously, AI can become the greatest disaster in the history of civilization.

Its ability to design improvements for itself could spin out of control if not properly managed. The risk is worth the reward when you consider what AI can assist while growing more intelligent through each experience.

The Benefits and the Downfalls of AI in the Workplace

The fear that robots may someday replace us is real, especially for those with medial jobs. Robots such as Baxter, a work bot created by Rethink Robotics, will be able to work the cleaning nightshift in a factory. Realistically, this isn’t generally a highly-desired job. Baxter learns by doing, and he has been designed to avoid hurting other workers.

If you’re a chef or an artist, a robot is likely never going to be able to match what you do. For the medial jobs that are straining on a person’s body, robots with AI capacities may just be the answer.

What Material are Humans Made Of?

In any given field, humans are creators. We have the ability to flex when things become unpredictable. Due to our creativity, we can quickly come up with solutions that might otherwise cost a company a lot of money. While AI does have the ability to learn from experience, it’s important to remember that in any given workplace, things move and change quickly. One particular situation may never occur again so, although AI will have it recorded, it might just be rendered useless.

Nearly every company uses graphic design. It’s an essential part in creating an appealing brand. AI is heavily being used within the design field which has professionals concerned.

The design fields are different from other fields due to their core values, aesthetics, elegance, and finally, ingenuity. A designer knows what is beautiful and what is not. Some are born designers and for some, it’s an acquired skill. A person becomes a designer after years of learning, diligence, and observation.

In fact, it is highly necessary for a designer to observe thousands of other designers’ works to feed their own creativity. While it’s an incredible gift for a person to have these skills, AI programs are speeding up the process.

How Is AI Doing in Other Creative Fields?

AI is being used in experiments in other creative fields such as writing and music composition. While a machine does not have emotions, you can program them to execute instructions and improve themselves.

Expecting AI to do a creative task is expecting it to follow and break the principles of creativity at the same time. Trevor O’Brien of Fast Co Create puts it this way, “if it were up to computers, we never would have evolved from the blues to rock ‘n’ roll.”

While we will use the example of the design industry to illustrate how AI helps, not hurts, this can be applied to any part of your business. AI can take care of the mundane tasks, so your people can focus on using their personal talents to better your business.

People in the design industry who worry that AI will create massive unemployment in the industry are living in a binary world. What AI will do is improve the productivity of designers and make their job more comfortable. This means designers will be able to spend more time on their passion projects, instead of projects which pay their bills. Contrary to what the fearmongers are saying, AI will complement humans.

Let’s look at a few AIs which are already doing that. The DIY logo maker, Logojoy, makes you feel like you’re working with a graphic designer. It’s super easy, effective, and costs a lot less than having a graphic designer work exclusively for you.

Then there’s Wix, an online web design platform which was founded with the goal of making web design as simple as possible. In June 2016, the platform announced the launch of Wix ADI or Artificial Design Intelligence, an AI-powered web design solution. It asks the user a few simple questions to understand the requirements, and then designs a website based on the provided answers. It does not replace a human web designer; it improves the speed and quality of design work.

The Grid, which is a soon-to-be-launched website builder, has advertised itself as creating personal AI websites for you that will build itself, pulling information about your business from the Internet.

The reason behind the prevailing fear in any given industry is that AI will replace you. This simply isn’t the case. If we had adopted this opinion when it came to computers, calculators, technology, or any other machine, we wouldn’t be where we are today.

In any business, we started using tools and programs to make us more efficient. This is true of email, Word, Excel, and graphic tools such as Photoshop. They only made us better at our jobs. The new revolution of AI is just one more step in the right direction.


Natural Talent vs. Hard Work: Which Quality Should You Pursue For Your Company?