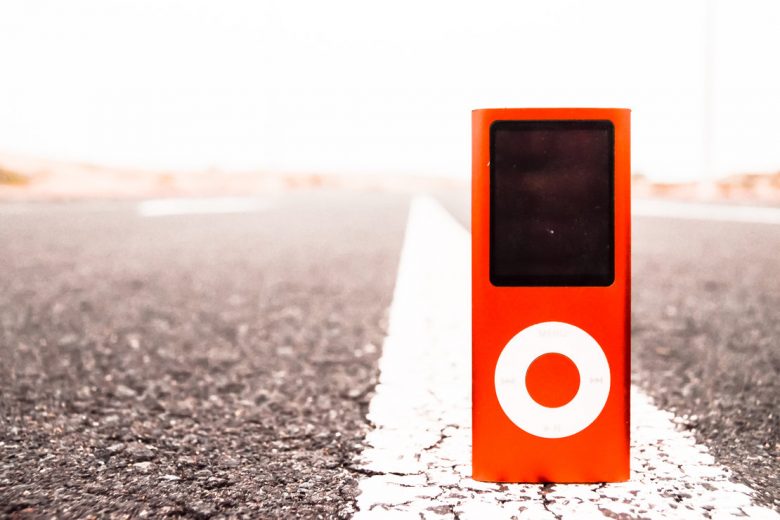 Every few years, we witness the advent of new technology, websites and apps, which embark on a similar trajectory as our lives. They, like us, start off as optimistic children full of unrealized potential, then they venture out into unchartered territories as they grow older, capping off their lifetimes having either succeeded or failed.

Now, to be fair, every year a new article comes out lamenting the loss of a fresh crop of technologies that kicked the bucket, and as the tributes start coming in, another tech innovator swoops in to make us forget about its extinguished counterpart. Yet somehow miraculously, there are some technologies that do come back to life a la Jon Snow style. Either due to nostalgia or a growing fad (perpetrated by hipsters), some technologies do experience a revival. Thus, technology never quite dies out for good.

The curious case of the undying flip-phone, in particular, has captivated me for years. Why? Because I still have a burning urge to whip out my old Moto Razr flip phone whenever my smartphone acts up. Warren Buffet once joked that he uses a flip phone that “Alexander Graham Bell had given him” and I have to say that I am all in for a flip-phone resurgence. Unfortunately, not all technologies have been so lucky, with many fizzing out completely.

Trying to explain why technologies die is akin to spewing out Management Theory 101 and channeling the Porter’s Five Forces theorem. And essentially, that is the full breadth of the reason why anything becomes obsolete anyway, i.e. why civilizations died or why dinosaurs went extinct. The story of doom is built on two pillars: a threat from something new or miscalculate potential outcomes. If we were to go over the points in detail then the list to explain why technologies fade out is the following:

The advent of a new and improved service, company or product (the most prominent cause). Staying fresh and relevant in the eyes of a changing demographic is highly important for a successful business to extend its operational longevity.

A company’s inability to innovate and invest in R&D, i.e. miscalculate the importance of new tech. If a company fails to preemptively anticipate the next wave of innovation, or fails to stay adrift of the changing wants of its users then it is in danger of becoming obsolete.

The company’s poor management, i.e. a company’s miscalculation of how an efficient organization is supposed to run. This is a large umbrella that can include many things – such as a bad corporate culture, red-tape, and high turnovers. It could also be bad news if a company is content with sitting around.

Extenuating unforeseen/new factors such as economic downturns or technological advancements, increased production costs, etc. Sometimes corporations are simply unlucky if they are hit by unfortunate events such as natural disasters or political strife.

Inadequate marketing or incorrect targeted marketing, i.e. a miscalculation of the need for PR. It is no secret that we are fickle-minded beings and there is no such thing as brand loyalty. Thus, if a company is unable to lure us in with new offerings or keep reminding us why they are awesome, then we tend to ditch them for someone else vying for our attention.

Without further ado and in no particular order, here are the five technologies that I mourned the losses of in my lifetime:

I might be jumping the gun with this entry but let’s face it, all of these technologies have either been replaced by the smartphone or through online entertainment providers such as Netflix, YouTube, etc. These devices are dwindling in sales, and obviously, it will be a long time before we actually see them die out completely, if at all.

The reason why vinyl players never fully died out is because it has a nostalgic drawing power that all of these technologies have as well, so I anticipate that these will remain in minuscule circulation until experiencing a mini-revival in a decade as a new crop of dirty hipsters try to “bring it back.”

To be bold, I might even want to add television sets onto this list, because I certainly foreshadow TVs as well as cable to fizzle out in a few more years. I anticipate that as soon as online sports streaming channels become available, TVs will have to vacate out of most of our living rooms.

Blackberry, the Canadian tech giant, formerly known as RIM, had much to cheer about in its heyday. It had mastered the secure mobile VPN server that was essential for the corporate world. Its phones’ fashionable designs (at the time) even managed to lure in casual users and it was the “it” phone for a while. Yet somehow, like Nokia, it failed to anticipate the smartphone and touch-screen revolution from aforehand. Apple’s iPhone signaled the end for this once-promising Canadian giant.

BB then stubbornly maintained that there was still room for its secure server but failed to anticipate that Apple and other smartphone makers would be able to replicate those features just as easily. Then, it was too little too late for the phone giant as it tried and failed to launch its own touch-screen phone version multiple times over the years. Now, the company is awaiting its eventual death, perhaps even whimpering for a euthanized one.

To be fair, this technology has long since been dead for a while. The reason why I have included it in the list is because I do not see it making a comeback, ever! I mean if this technology were to make a comeback, then so too would landlines and maybe even dial-up modems. Who would want to revert back to a slower pace of life in the midst of high-speed internet and email? Westeros’s ravens are even faster than this antiquated message carrier!

This string of Facebook-copycats all died very painful deaths (although all of them are still live on the Internet today) in the recent years. None of these social media sites provided the seamless user experience that Facebook did, nor did they invest in refreshing their U/X every few months and nor did they continually add new features. They also failed to pivot their businesses into a money-making machine that Facebook is today with third-party tie-ups.

Sometime last year it was announced that Twitter would be laying off 300 employees since it was shutting down the once-ubiquitous app, Vine. The micro-blogging site had purchased the promising Vine for billions of dollars only a few years prior, thus it was shocking to hear of the mini-YouTube-like sensation’s pathetic death. This app is certainly suffering through a long-drawn-out demise lately that began with Snapchat, Periscope, Instagram and Facebook overshadowing it completely. The novelty of six-second filter-filled videos has evaporated since all social media sites now offer this feature in one form or another.

Vine is/was also grossly mismanaged as it failed to keep its user base engaged or continually attract new ones. It couldn’t tie up with advertisers properly to generate a revenue stream as well.

Many speculate that Twitter itself might be phasing out as new users are rarely attracted to the site. At this point, it seems that more users leave the platform than new ones join it. One of Twitter’s early investors, Naval Ravikant, cheekily even announced a blockchain version of Twitter, ironically via a tweet. This could be the beginning of the end of yet another tech giant and yet another technology obituary awaits to be written.

Learn the difference between profit and cashflow