What is Blockchain Technology and Why is It Such a Big Deal? 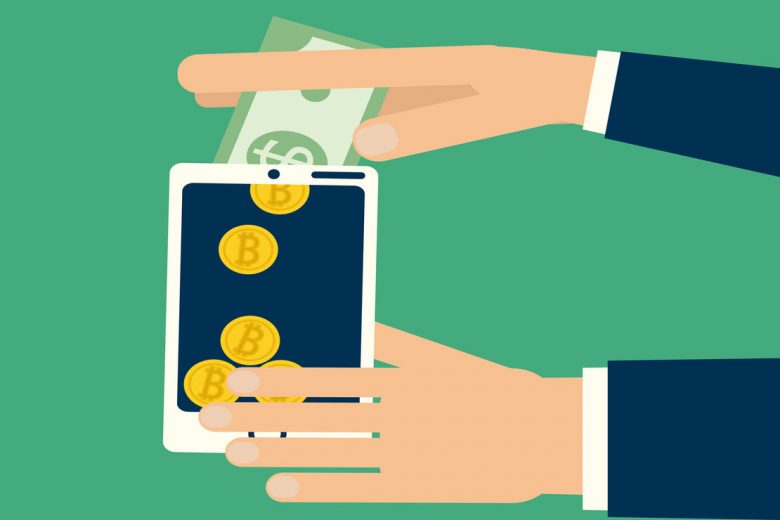 Blockchain. Bitcoin. Cryptocurrency. These are more than just buzzwords that have been floating around for the past few years. Cryptocurrency has been soaring in value, and a live tracker of its value shows considerable gains in the past few months.

So what exactly is blockchain? How does it relate to Bitcoin or cryptocurrency? Should you, as an entrepreneur or small business owner, be investing in the technology? How will it impact your business or your finances?

This technology is still evolving, and as it becomes increasingly popular, its value will more than likely increase over time. Understanding the cryptocurrency and how it relates to your everyday life is important.

By nature, cryptocurrency is entirely digital. There are no coins associated with Bitcoin, nor can you have any physical transaction with them. All transactions are captured digitally, and organized in a larger network known as blockchain. Blockchain is essentially an online ledger that keeps track of every transaction that has ever occurred with the cryptocurrency. Every time someone wants to buy or sell Bitcoin, it becomes logged in a secure digital record. These records build up as more and more transactions happen, like they would on a checkbook ledger, until they fill up a block. Like with a checkbook, a block has a finite number of transactions it can hold. When the block becomes filled, the ledger moves to a new block, forming a chain.

Cryptocurrency is by nature decentralized and anonymous. Unlike a checking account, you don’t need to provide identification to use Bitcoin. Since all transactions are housed on blockchain, in what is essentially a digital database, all records are public. However, there is no one central version of this information. It is stored and hosted by millions of computers simultaneously, and no one person has access to all information at any given time.

How do you get cryptocurrency?

Outside of counterfeiting, you can’t create paper money (at least not legally). That is not the case with cryptocurrency. Units are created through a process called mining. Individuals use their computer power (CPU) to solve coding and mathematical problems to “unlock” blocks and generate units. These units, which are what we call the cryptocurrency, are maintained and hosted by members of the community.

Why would anyone want to be a miner? Users that have the skillset, time, and the computer processing power to unlock, validate, and process transactions can earn some of the cryptocurrency for themselves. Take a look back at the live tracker to see what Bitcoin is currently valued at, and you’ll see that the economic appeal is high. Individuals can also buy and sell cryptocurrency outside of mining, though the act of mining is often the lifeblood of the crypto-community. With many cryptocurrencies, including Bitcoin, you can also buy and sell the cryptocurrency if you are not able or willing to mine it.

Bitcoin was the first cryptocurrency to truly catch on, though there are now plenty of other cryptocurrencies that have followed suit. One estimate places the number of cryptocurrencies at over 1300, but with Bitcoin claiming more than half of the world market, it is by far the most well known and popularized digital currency. As a digital currency, Bitcoin follows the same general system as described earlier.

Bitcoins are maintained through a set of public and private “keys,” which are long strings of numbers and letters that are linked through a mathematically encrypted algorithm. The public key, which is analogous to a bank account number, acts as an address users make digital transactions from. Private keys, like they are ATM PINs, are meant to be guarded and only used to authorize transactions. Just like you shouldn’t tell others your ATM PIN, keep your private key to yourself.

Bitcoins and cryptocurrency in and of themselves are somewhat mysterious to anyone not well versed in tech. In what looks like a plot twist straight out of a sci-fi thriller, we’re left with one of the biggest mysteries in the tech world- who is Satoshi Nakamoto? Back in 2008, when Bitcoin was created, Nakamoto published a white paper containing the first ever mention of Bitcoin, calling it a “peer-to-peer electronic cash system.” The very first Bitcoin was mined in January 2009.

A few months later, Nakamoto partnered with developers and coders to improve upon Bitcoin’s original software. This partnership ended in 2011 when Nakamoto ceased all online communication. Sergio Demian Lerner, an Argentine researcher, believes that Nakamoto walked away with around a million Bitcoins. Keep in mind that Bitcoin has a finite supply of 21 million, making Nakamoto the owner of about 5% of the world’s supply.

Like other currencies, Bitcoins exist in different denominations. There are approximately 21 million Bitcoins that can be mined in the world, though not all of them have been currently mined. A Bitcoin is divisible to eight decimal places, leaving you with 100 millionth of one Bitcoin. This is the smallest unit possible, and is called a “Satoshi,” after its elusive founder.

Bitcoin was originally designed in the wake of the global recession of 2008, where massive financial institutions abused their power and enormously impacted the global economy. Purposefully designed to be decentralized, cryptocurrency is in direct contrast to the “too big to fail” financial model.


Off the Internet and Into the Mainstream

Cryptocurrency, particularly Bitcoin, has moved off the Internet and is being popularized. J.P. Morgan Chase is reportedly considering whether to offer Bitcoin as an investment and to allow its clients to trade in Bitcoin futures, as the Community Futures Trading Commission announced that Bitcoin futures are being launched. This speaks to the legitimacy of the cryptocurrency, as well as its popularity, as some of the largest financial markets and institutions in the world are actively pursuing ways to incorporate cryptocurrency into their models and trading.

The future of cryptocurrency is open in many ways. There are expected to be 21 million Bitcoins once all blocks have been fully mined, though that number could be different, depending on mining rates. Nearly three out of every four Bitcoins that will ever exist have been mined, making it an increasingly rare, but not unattainable commodity.

As the price for Bitcoins skyrockets, more and more companies are accepting it as they would any other form of currency. Businesses that accept Bitcoin are adapting to the new technology and marketing themselves as Bitcoin-friendly companies. There are a number of different ways you can begin to take Bitcoin as legal tender, and small businesses are not left out of the loop.

Using a smartphone and a Bitcoin wallet app, a customer scans a QR code on a label of a product, either in person or digitally, and presses “spend,” much like you would with Apple Pay or any other digital wallet. Overstock.com was the first major online retailer to accept Bitcoins, beginning back in January 2014. They now allow customers to use many of the major cryptocurrencies as tender, including Bitcoin Cash, Litecoin, Ethereum, Dash, and Monero. Everyone from tech giants Microsoft and Amazon to retailers at Sears and Kmart accept Bitcoin.

Cryptocurrency is definitely an industry to watch and to consider. As it becomes more mainstream and more accepted as currency, expect to see more and more small businesses and startups using it.