These 15 Entrepreneurs Have Very Different Views on Taking Risks. Here’s What They Have to Say 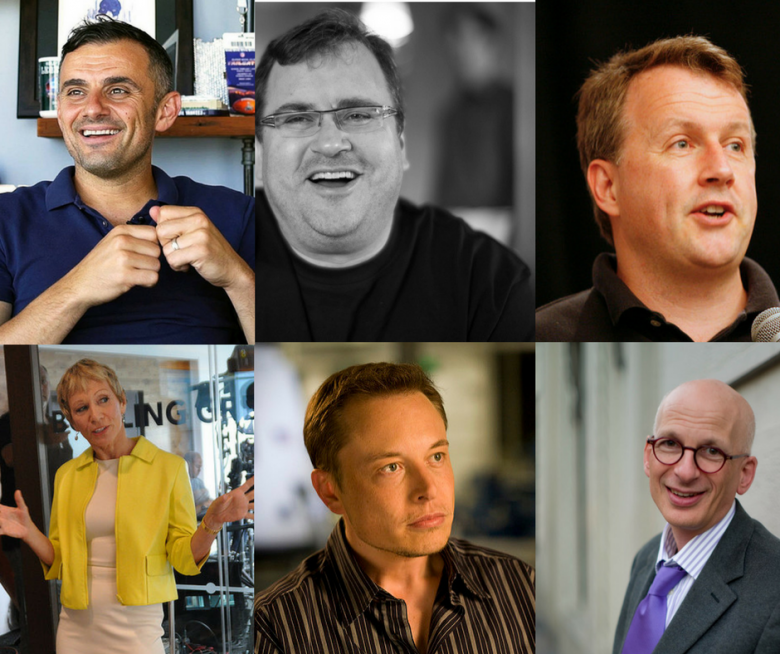 One of the major obstacles new, aspiring and even seasoned entrepreneurs face is the fear of taking risks.  We’ve heard over and over that in order to succeed as an entrepreneur we must “jump and risk it all”.

But do all entrepreneurs think this is the best approach to risk?  We’ve collected a list some thoughts on risk in relation to entrepreneurship and as it turns out, many successful entrepreneurs have very different views when it comes to taking risks. 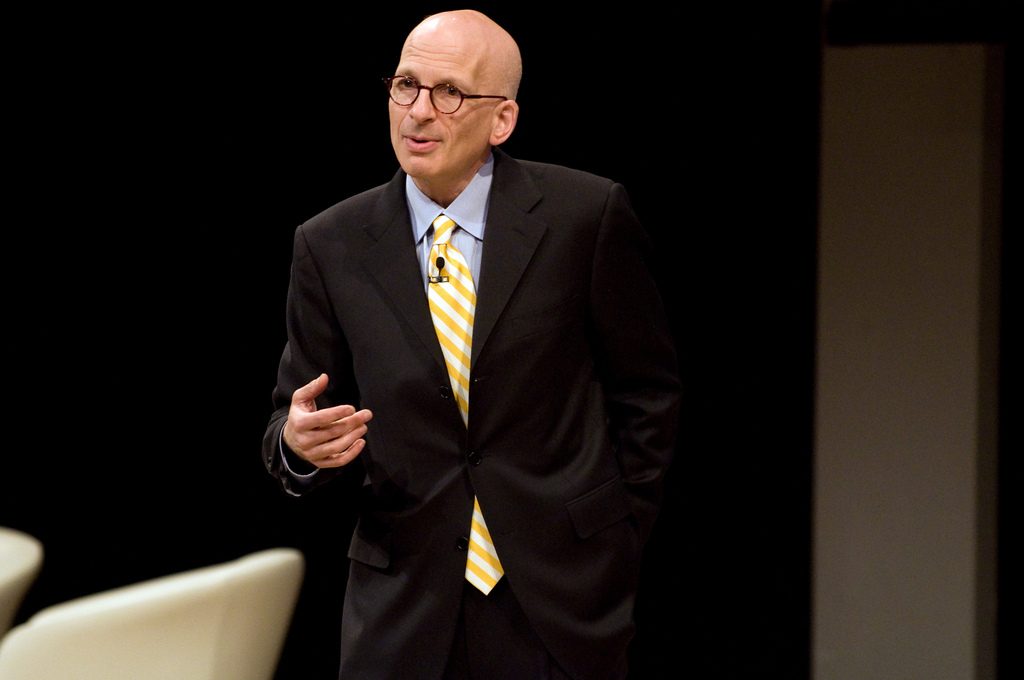 “It’s all a risk. Always. That’s not true, actually. The only exception: it’s a certainty that there’s risk. The safer you play your plans for the future, the riskier it actually is. That’s because the world is certainly, definitely, and more than possibly changing.”-Seth Godin

The Best-Selling Author of 17 books and one of the world’s most respected marketing experts, Seth Godin understands that it takes risks to make an entrepreneurial venture successful.  Godin launched Yoyodyne in 1995 and later sold the business to Yahoo, Inc for $30 million.  He then launched Squidoo which he sold to Hubpages in 2014.

Jeff Bezos-  “Big bets pay for a lot of failures”

“A few big successes compensate for dozens and dozens of things that didn’t work. Bold bets…pay for a lot of failures. I’ve made billions of dollars of failures at Amazon.com.”-Jeff Bezos

The Amazon founder who consistently ranks in the top 3 richest people in the world believes in the power of taking chances.  Not only did he take a chance by leaving his job on Wall Street to start Amazon.com, he continues to take chances to push the company into higher realms of accomplishment.

Bezos believes that bold risks can pay big dividends but you must take those risks.  “Nine times out of ten, you’re going to fail. But every once in while, you’ll hit a home run that in business terms is more like 1,000 runs. ‘Given a ten percent chance of a 100 times payoff, you should take that bet every time” he said in a Business Insider interview.

His boldness has led to Amazon earning $136 billion in revenue in 2016.

Sarah Blakely-  Risk and then change the meaning of failure

“My father used to ask my brother and me what we have failed at the dinner table and would celebrate it.  He would actually be disappointed if didn’t have something I failed at that week.”-Sarah Blakely

The founder of Spanx who started her company from her apartment with $5,000 is now one of the richest women in the world.  Sarah believes that changing the meaning of failure will help a person take the risks necessary to start and grow their business.

As a child, her father encouraged her to take risk and celebrated her failures.  She now brings that same attitude to her company and shares her failures often as a way to encourage others to take risks.

Gary Vaynerchuk is also very bullish on taking risks throughout life.   In these tweets he encourages entrepreneurs to always take risks.  At any age.

“If the outcome is exciting enough, taking a big risk is worthwhile.”

Elon Musk may have a different view of risk taking at an older age.  Musk believes that the best time to take risks while you are young.  During an commencement speech at the University of Southern California he said,

“Then the final thing I think I would encourage you to do is, now is the time to take risks. You don’t have kids, and your obligations are limited, but as you get older your obligations increase. Once you have a family you start taking risks not just for yourself but for your family as well. It gets much harder to do things that might not work out.”

He also stated that he doesn’t like risk for risk’s sake, but does believe that risks are necessary if you want a worth while outcome.  In this interview he stated that anything which is significantly innovative is going to come with a significant risk of failure.

Tim Ferriss-  Eliminate risk altogether if you can

Whenever possible, ask yourself, How can I make this risk free”.-Tim Ferriss

The author of 4 New York Times best-sellers has an opposite view of starting a business and taking risks.  When people ask him how to quit their jobs to jump into entrepreneurship Tim Ferriss’s answer is “You shouldn’t”. Ferriss suggests that the most successful entrepreneurs are not risk takers but expert risk mitigators.

He believes that the most successful entrepreneurs do all they can to eliminate risk from the equation even though it may appear as though they are throwing caution to the wind and risking it all.  Ferriss thinks that instead of leaving your job to start a business, a person should work on it nights and weekends until you can replace their job’s income.

“Slow and steady win the race especially if you’re bootstrapping.”

Barbara Corcoran-  Take a risk the moment you think about it

The Shark Tank star may disagree with Ferriss’s advice.  During a Facebook Live Q&A she advised that people in their 20s should take risks when they have an idea.

“I think the best time to take a risk at anything, including leaving your job and starting your own business, is the moment you think about it,” Corcoran said.

However, she did clarify by saying, “Assuming you don’t have kids to feed and a mortgage.  Then obviously the best time is when you’re responsible for yourself”.

Corcoran quit her job at age 24 in order to sell real estate.  She eventually sold her business The Corcoran Group for $66 million.

Mark Cuban- “If you’re prepared…it’s not a risk”

“If you’re prepared and you know what it takes, it’s not a risk. You just have to figure out how to get there. There is always a way to get there.” – Mark Cuban

Mark Cuban also has a view that mitigating risks is the best way to go.  If a person can prepare for the challenges their venture will present they improve their chances of success.

Richard Branson- “Screw it, let’s do it” 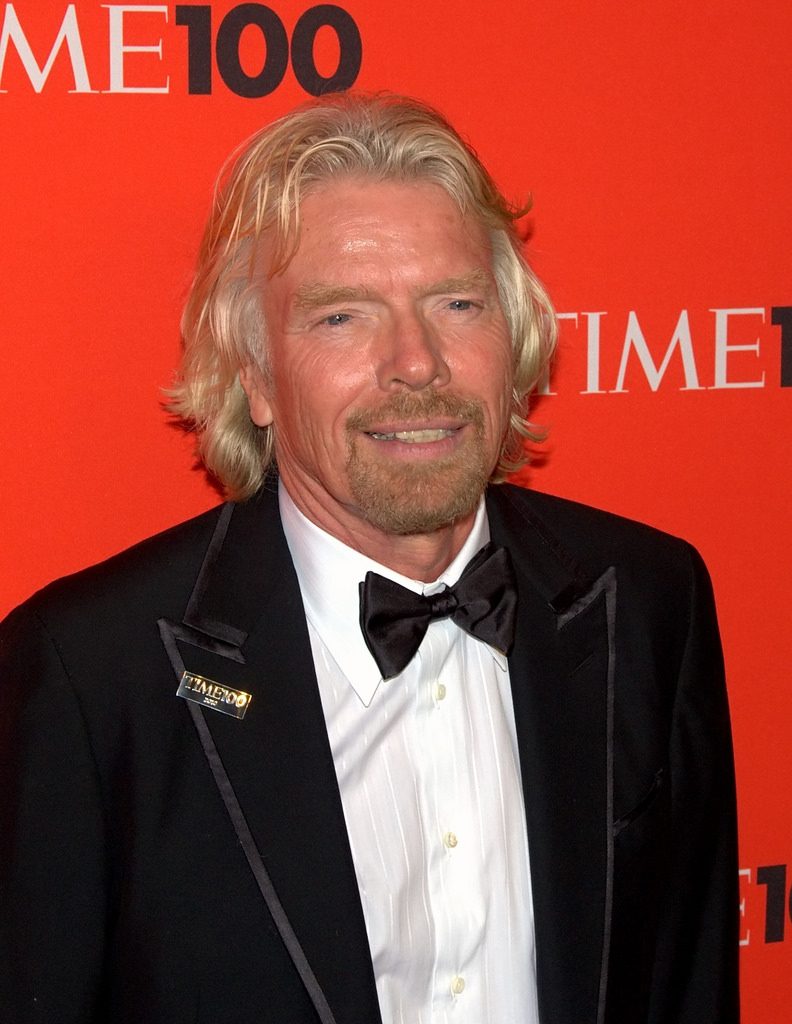 “I don’t think any true entrepreneur – or adventurer – would let a little risk of failure put them off.”-Richard Branson

From starting his first business at the age of 16 to embarking on dangerous adventurous as an adult, Sir Richard Branson has always had a desire to take risks.  One of his favorite sayings when someone has a new idea is “screw it, let’s do it”!  He even titled one of his books Screw It, Let’s Do It: Lessons in Life and Business.

One of the most famous non-business risks Branson has taken was his attempt to cross the Pacific Ocean in a hot air balloon with Per Lindstrand.  The trek almost ended in tragedy when they accidentally jettisoned one-third of their propane fuel.  They made it out alive by landing in the arctic but missed their target (Los Angeles) by about 4,000 miles.

Paul Graham- Risk and reward have to be proportionate

Paul Graham is the co-founder Y-Combinator, a venture capitalist and is one of the most respected thought leaders in the world of entrepreneurship.  Graham believes in taking risks but believes the reward has to be worth it.

In one of his widely read essays called Inequality and Risk , Graham commented, “The problem is, risk and reward have to be proportionate. A bet with only a 10% chance of winning has to pay more than one with a 50% chance of winning, or no one will take it.” 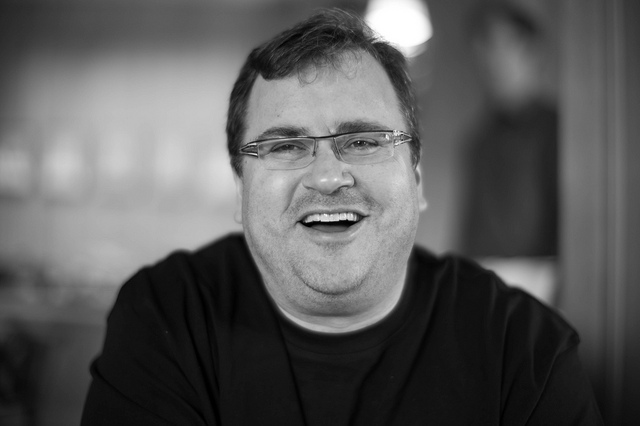 “There’s different kinds of risk.  Part of what [you need] to do is to figure out what risks are intelligent risk.”

The founder of Linkedin and member of the board of directors during the founding of Paypal, Reid Hoffman, has a reputation of being one of the smartest entrepreneurs in Silicon Valley.  His intelligence, competitiveness and understanding of business helped make companies like Paypal and Linkedin the massive success they are today.

He also thinks that not risking in business will hurt your company in the long run.  By playing it totally safe you essential begin marginalizing yourself over time.  Which is what you see with  large businesses that don’t take risks.

Pete Cashmore- “My parents told me not to take risks”

“My parents told me not to take risks. They’re still like, ‘Well, I don’t know if you should do that, it sounds risky.’ It’s also somewhat of a British thing to be anti-risk.”

The founder Mashable who grew the company to the media giant it is today, sees the value of taking risks as an entrepreneur.  He even wishes that he took more risks during the early days of Mashable.

“We could only take a few little bets, and if any of our bets went wrong, we could’ve killed the whole company. With regard to mistakes, I almost didn’t make enough of them. In a way, it might have been better to take more risks, make more mistakes and learn faster.”

“The definition of entrepreneurship is actually taking on significant risk, usually financial, in order to build something,” he says. “That means anyone can really take on an entrepreneurial attitude”.- Jack Dorsey, Harvard Business Review Interview

The co-founder of Twitter and founder of Square, Inc has a lot of experience with taking risks when it comes to being an entrepreneur.  He not only started two companies and took them public, he is also the CEO of both companies.

“If everything works all the time you are probably not taking big enough risks.

WordPress founder Matt Mullenweg believes that things are not going to always go your way.  In speaking about the WordPress content block feature that did not work out the way he would have hoped, he commented

“If everything works all the time you are probably not taking big enough risks.

The WordPress risk did payoff as in 2014 it was reported that WordPress software now powers 22 percent of the world’s top 10 million website.  Not bad.

Co-founder of Proactive Solution believes that when you take risks, you need to protect yourself from a possible fall.

You need a safety net to take a risk; some sort of support team whether it’s a partner or a family member. Expect ups and downs if you are pursuing an entrepreneurial path.

Dr. Fields along with her co-founder Dr. Katie Rodan started Proactive Solutions in their spare time and have grown it into a billion dollar company.

Not all risks are the same. In business, if you’re not a risk taker, there are also ways that you can lower your business risk. The key is to find out which type of risk taker you are and want to be.

How Important is Education in Entrepreneurship?