How Important is Education in Entrepreneurship? 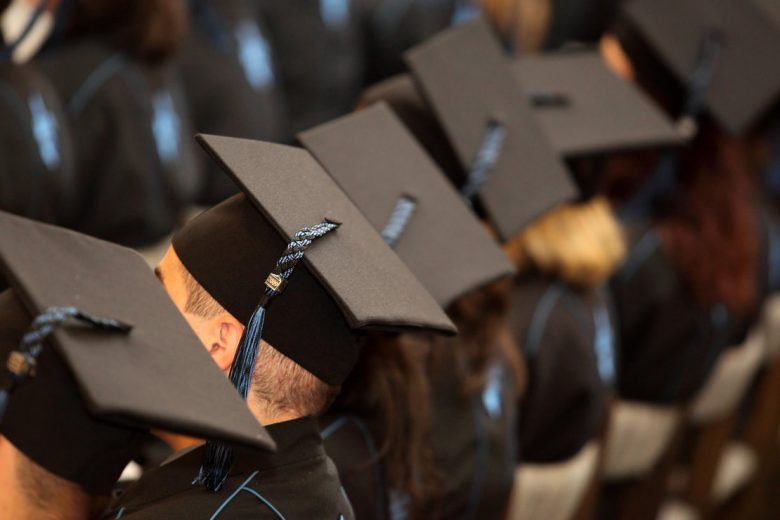 As the size or extravagance of a wedding is not a measurement of love, a college degree is not a testament to being successful. The college degree seems to be evolving into the equivalent of a high school diploma, and you can’t help but wonder if going to college is worth it. There was a time when people could easily step into a management role without the worry of furthering their education. Experience and ambition were enough to prove a person’s worth in the industry, and nothing more was further pressed. However, times have changed, and so have the expectations on business leaders.

While I agree that a college degree is extremely important, I don’t believe that is what decides a person’s worth or what they could bring to a company. I am sure you have heard the various stories of successful business leaders who found tremendous success without the help of a college education. Other business moguls went on to receive college degrees, but not in fields you would have ever imagined. For some, college wasn’t the deciding factor in making them successful, but an arena where they took their ambitions and talents to the next level in their advantageous goals.


Here are the educational backgrounds of some of the world’s most successful entrepreneurs. Some of their backgrounds are status quo, while others found success without the help of a degree. In the end, each one has an inspiring story that proves that no path is the right one, and that success can be found in anyone who has a dream and the ambition to chase it.

One of the most famous college dropouts wasn’t due to his lack of ambition, but in the rising cost of tuition. Jobs attended Reed College, an independent Liberal Arts college located in Portland Oregon. While Jobs didn’t finish his degree, it was his exposure to Reed College that helped him develop his business approach that he would later utilize at Apple. The most interesting facet to this story is that it was his calligraphy class that inspired Jobs the most in his time there. He learned about different design elements that he would later implement into his work at Apple. Jobs also attributed much of his innovative ideas to the humanity classes he attended while in college.

The Amazon jargonaut and founder graduated Phi Beta Kappa from Princeton University in 1986. He was inducted into the prestigious fraternity, Tau Beta Pi, an honor society specifically for engineers. He received a Bachelor of Science degree in electrical engineering and computer science. Bezos was always ambitious in his aspirations, and left a good paying job to pursue his dream of creating the now e-commerce giant, Amazon. This accomplished entrepreneur always had a knack for science and displayed an interest in technology at a young age. In high school, Bezos founded “The Dream Institute,” an educational summer camp for students in 4th-6th grade, and graduated valedictorian of his Senior class.

While his era was long before college was a dominant establishment, J.D. Rockefeller’s educational story is still one to share. At a young age, Rockefeller had to provide for his family due to his father’s extended absences and excessive ways. Rockefeller left high school at the age of 16, and pursued a 10-week business course in bookkeeping at Folsom Mercantile College. He tirelessly searched and applied for bookkeeping gigs, until finally landing one at a produce firm called Hewitt and Tuttle. Rockefeller worked 80 or more hours a week, but grew to enjoy the internal workings of an office. His passion and ambition for work led him to the oil industry, where he changed the business world forever.

His ambition led him to become the richest man to ever walk the earth, where his estimated earnings would be over 300 billion in this present day. Rockefeller went on to become a huge proponent for education, and created the General Education Board in 1903. The goal was to make education more available to young folks across the United States.

Founder of Mary Kay cosmetics, Mary Kay Ash was a high school educated woman who sold books door-to-door while her husband fought in WWII. She retired in 1963 from a direct sale job after being denied a promotion over a male colleague. This mother of three decided to write a book whose purpose was to inspire women entrepreneurs and leaders in a male dominated workforce. In writing her book, she realized that she penned her own dream to run a business in the way that was different than the traditional setting.

At the age 45, Ash and her son put down a generous investment to open her first store in Dallas, Texas. Through her previous work experience, Ash knew what she wanted to do differently with her business, and strived to create incentive programs with no sale territory requirements. Her motto, “treat others how you would like to be treated” led the company to millions in revenue throughout the decades, and continues to thrive and provide extra income to women in this present day.

An entrepreneur who is proof of a true “rags to riches” story. Blair dropped out of high school in the 9th grade, after leaving a rough home life and an alcoholic father. He soon found himself enmeshed with a gang, arrested, and homeless all by the young age of 16. When his mother began dating a successful real estate agent, Blair got the second chance that has forever changed his life. He soon got his first job with Logix Development, and after serving as its Vice President, went on to make his own empire.

By the age of 21, Blair created his first business called, 24/7 Tech. Since then, Blair has invested and sold various companies throughout his career. In his current venture, CEO of ViSalus, he has taken this million-dollar company and transformed it into a billion dollar one.

Blair has also published a book entitled, “Nothing to Lose, Everything to Gain.” This book gives a personal account about Blair’s troubled beginning, and how he transformed himself into the successful entrepreneur that he is today.

Success isn’t measured by a college degree or educational background. While these individuals have eclectic schooling backgrounds, they all share one common attribute: ambition. Do not think that if you don’t follow a certain path, that you will never find success or attain your entrepreneurial goal. As history has shown, no one path is right for one person or dream. You make your own story in life. Let it be one that you define and create, without the expectations of what others think you should do to be successful in life.


These 15 Entrepreneurs Have Very Different Views on Taking Risks. Here’s What They Have to Say