New Studies Suggest ‘the Power Pose Is Not Helping Your Confidence’ 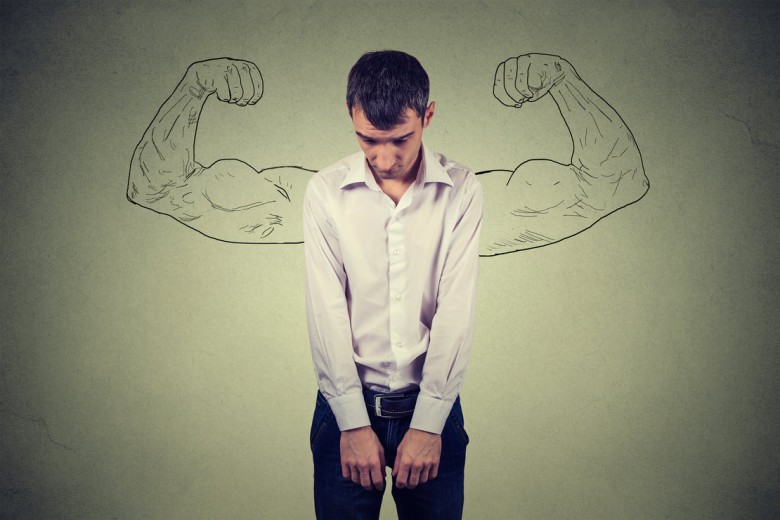 Body language can tell us a lot about a person, like how they’re feeling or even what they’re thinking. One of the best-known body language poses is the “power pose”. Imagine Wonder Woman, standing tall with hands on hips, ready to take on the world and you’ve got yourself a power pose. Body language can convey interest, emotion, confidence, and authority, but experts disagree about the extent of a power poses’ scientific influence on the human body.

In 2010, Dana Carney, Amy Cuddy, and Andy Yap published a research study that found that what they called ‘high power poses’ increased testosterone and decreased cortisol levels in both men and women. Participants that used power poses also felt more powerful and reported that they had a higher tolerance for risk when compared to those who used ‘low power poses’. These high power poses were poses that were open and relaxed, where the low power poses were closed off and guarded.

One of the other original authors, Amy Cuddy, has built her brand on power poses and their purported underlying scientific benefits. Amy Cuddy’s TED Talk entitled “Your body language shapes who you are” has been watched over 36 million times, the most of any TED Talk (scroll to the bottom of this article to watch the video). The YouTube comments are filled with personal anecdotes about how they used the power pose to ace an English class speech, grow their self-confidence, and nail a presentation. She preaches the benefits of power poses and that they’ll change the way you view the world and your level of confidence. 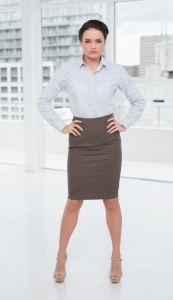 Example of a “High Pose”

Doubts About the ‘Power Pose’

Now, Dana Carney, one of the authors of the power pose research study, has come out with serious doubts about the study. She posted on her faculty page at Berkeley that, “As evidence has come in over these 2+ years, my views have updated to reflect the evidence. As such, I do not believe that “power pose” effects are real.” In line with Carney, other researchers have been unable to replicate the results of the original study and have cast doubts over the original study’s viability. There have been other studies that raise similar doubts about the lack of evidence to back the power pose study’s original claim, and Carney writes, “the evidence against the existence of power poses is undeniable.”

The science that backs the 2010 power pose study, namely that the participants that used the pose for 2+ minutes had lower levels of cortisol and higher levels of testosterone than those who used other poses are dubious. In 2015, psychologist researchers Joe Simmons and Uri Simonsohn attempted to replicate the original study and the claims that Cuddy makes in her TED Talk. Using a sample that was four times as large as the original study, they found that, “The key point of the TED Talk, that power poses ‘can significantly change the outcomes of your life,’ was not supported.”

Cuddy responded to Carney and other researchers saying, “I have confidence in the effects of expansive postures on people’s feelings of power- and that feeling powerful is a critical psychological variable.” Of course, Cuddy has a vested interest in keeping the power pose alive but this subjective aspect of power still holds weight. The subjective feeling of power isn’t something that can be identified by a singular variable, and researchers are forced to select a particular variable (like testosterone and cortisol) in their attempt to measure this feeling.

Body language is an important part of communication and a way to convey this subjective feeling of power. While we tend to overestimate our ability to read other’s body language, but there are ways that you can improve your ability to understand someone else’s body language and to utilize it to your own advantage. Recognizing changes in someone’s physiology harkens back to the days of our early ancestors.

We are hardwired to notice when someone’s pupils dilate, their cheeks flush, nostrils flare, and their eyebrows raise. These physiological changes signal changing emotions and attitudes to others and elicit instinctive responses. There are some elements of body language that we can’t control, but the conscious adoption certain postures can speak volumes as we use verbal communication to convey our messages.

Should We Just Eliminate the Power Pose?

The power pose doesn’t seem to have any statistically significant effect on your testosterone and cortisol levels, which was what Carney, Cuddy, and Yap originally contended. But, this doesn’t mean we have to throw away the power pose completely. Rather, it’s wise to approach it as a situational option.

If you’re in a situation where you want to appear more confident, using a power pose (whatever that looks like for you) might be one way to use body language to your advantage and to signal your confidence to others. While it may not change your actual hormone levels, confidence can be influenced by perception. If you’re perceived, or your perceive yourself, as more confident you tend to feel more confident and act accordingly.

Body posture helps us to identify emotions more readily and with greater accuracy. We notice when there’s dissonance between what a person says and what they look like, and we tend to react more strongly when the two match. Confident words coupled with shoulders back head held high stance elicit more of a positive reaction than if the same words were spoken behind crossed arms and averted eyes.

The postures that we think of as confident, usually those that are more open and expansive, may be the result of cultural conditioning to associate these stances with confidence rather than an actual biological response. Whichever may be the case, we associate certain poses with confidence, and the power pose is one of them.

Body language and the power pose aren’t the be-all end-all of confidence. To portray confidence in business, you need to convey your authority on the subject matter and command the respect of your audience. The way you position your body while you’re interacting with someone certainly can influence how they perceive you and the message that you convey but body language alone won’t convince a prospective investor to invest in your startup if you don’t know your stuff. In short, body language can’t replace knowledge but it can help you to convey it better to others.

So while emulating Wonder Woman won’t bring down your cortisol levels or give you a testosterone boost, if it makes you feel more confident there’s little reason to abandon it. The science behind the original study that made the power pose famous isn’t as strong as power pose gurus like Amy Cuddy would hope, but body language is still an important part of communication and has its place in our business interactions.

30 Books You Must Read Before And As An Entrepreneur


7 White Collar Jobs that Could Soon Be Replaced by Bots