Jarvis or Skynet? Here Are the Different Sides to the AI Debate 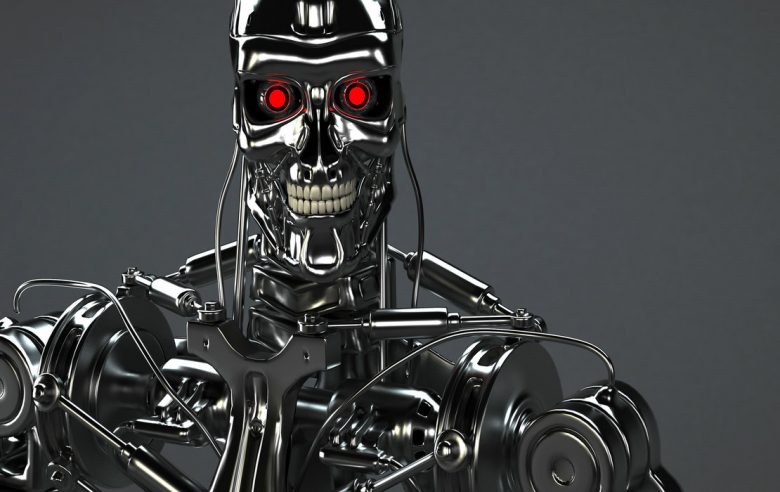 A few weeks ago, two Silicon Valley stalwarts, Elon Musk and Mark Zuckerberg stirred up a mini “maelstrom of cold disses” due to their “disagreement” over AI. AI or artificial intelligence is a polarizing topic in the tech capital of the world, and tech CEOs are voicing their opinions about this esoteric technology – both good and bad.

The Three Corners of the Spade

These are isolating times in the world where the alt-right movement has engulfed us and anyone opposed to the views are referred to as, for lack of a better term, alt-leftists. It is easy to admonish the inherently abominable acts that transpired in Charlottesville, VA, but it is not quite as black-and-white with AI.

The schism in Silicon Valley is hard to segregate into Team AI or Team Anti-AI because there is no denying the fact that AI is the next threshold in technology and it is going to propel us forward. Thus, no one is outright asking to stop AI’s development, but rather the call is to preemptively act to curb the tech’s possible detrimental effects rather than react to it afterwards.

This is where the rift surfaces, as many tech giants are not ready to sound off the alarm for a tech that is still in its infantile stage. They rubbish claims that AI is the single greatest existential threat to our race and hope to allow the tech to grow unperturbed (at least for now). This group does not discount the possibility of a machine uprising, but believe that they would be able to tame it if the need arises.

This seemingly blase (and even naive) attitude of the former group has irked the more-conscientious group – some of whom are sounding the alarm, while others are predicting doom and getting ready for a robot master-lord. It almost appears as though these powerful minds are drawing battle-lines by picking their sides, picking their teams. I’d liken this to the Avengers Civil War battle (hey, Downey Jr. is known to have based his Iron Man character on Elon Musk too, FYI).

Then there are others who simply don’t believe that machines can ever go rogue, because they are a human creation. Taking a page out of any sci-fi novel, this is the point where the mad scientist doesn’t believe that his or her creation can ever betray its master, and we all know what happens next…

That accounts for the three factions of the AI debate: the pro-AI, the concerned-about-AI, and the AI-would-never-betray-us group. Among these there are a whole host of neutral minds, passive minds, mildly concerned minds, et al. – a convoluted mess if you’d ask me. Mais, c’est la vie!

Discussing the foremost AI-supporters, Google, Amazon, and Facebook and their respective executives all come to mind. They have all come out in ardent support for AI and were one of the earliest adopters of AI into their ecosystem. Facebook uses it to curate users’ newsfeeds, suggest photo tags, and place targeted ads, for example. Google uses it to produce better search results, for ads, and Google Now, etc. Amazon meanwhile, like Google, has other futuristic uses for AI – their home assistants, driverless cars, self-delivering drones – the stuff of fictional AI lore! Jeff Bezos has dubbed this current period of time as “the AI renaissance.”

One of the biggest profiteers from the AI hubbub is Jen-Hsun Huang and his company NVIDIA because of their GPU chips. The GPU chips facilitate machine learning – the breakthrough tech that has catapulted AI in recent years. A decade ago, AI was seen as a mostly unreliable (60-70%) accurate technology, but ever since the discovery of neural networks and deep/machine-learning, AI has not looked back. Huang has pledged that he will be training some 100,000 developers on deep learning tech in the following years – solidifying his claim to the AI cause.

NVIDIA’s GPU chips facilitate the hottest AI application currently – self-driving car technology, that another tech giant, Intel is heavily gearing up for. Intel, the PC chip maker, completely missed the smartphone revolution a few years ago, and with dwindling PC sales, are all set to get on board the AI bandwagon. They recently purchased MobilEye – an Israeli AI-specializing unicorn to prepare for the next stage in this groundbreaking innovation. Interestingly, MobilEye had been working with Tesla until late last year when Tesla decided to develop its own software. This is a recurring theme in AI companies by the way – their association with Elon Musk. Musk has had a hand in almost all the exciting AI companies all over the world, thus there is no denying his knowledge over the matter and it is concerning to hear him talk against it.

Musk’s quibbles with AI seem to be centered around the fact that no one is quite aware how machines are able to teach themselves over time (like Iron Man’s Jarvis) and the host of new AI breakthroughs greatly concern him.

Google recently launched AutoML – the next pathbreaking tech that builds upon the neural network method by using several neural networks to build other neural networks, i.e., using AI to build other AI. Google even has its own core AI research group in the company, the Google Brain Team. The most impressive thing about this team is that a very important person, nicknamed the godfather of modern AI, former UofT Computer Science Professor Geoffrey Hinton is a part of it. Hinton pioneered the initial neural network breakthrough, and his marriage with Google could produce many more surrealistic things.

Another company that is knee-deep in AI research is Deepmind – a largely obscure R&D firm. Elon Musk again has spoken out about the questionable antics of this company in particular and its CEO, Demis Hassabis. He had been an investor in the company before its acquisition by Google in order to “keep an eye on the company.” One potential Deepmind investor had even remarked once that he “ought to shoot Hassabis on the spot, because it was the last chance to save the human race.” Yikes!

Then, we get to the AI-naysayers. On this spectrum, there is Elon Musk – the spearhead, his friend, Peter Thiel, current Intel CEO, Ginny Rometty, who fears a showdown between man versus machine, Bill Gates, the ambivalent Sam Altman, President of Y Combinator, who sees AI as a change catalyst that could go either way, and lastly, Steve Wozniak, who is still cracking jokes about robot overlords and not quite as serious about the matter.

Tech giant Apple has been accused of adapting AI very slowly and Tim Cook has been criticized for it. However, Apple does use AI in small bits and pieces in its products such as the iPhone that utilizes AI to better understand the phone user’s usage patterns to prolong the phone’s battery life over time.

Going back to Musk, he continually exerts his influence to usher in government intervention in AI. This, among other things, had led him to join Trump’s Advisory Board (which he later left). He had even raised the issue to the Obama Administration. Peter Thiel and Musk have even invested $1 billion in a project titled, OpenAI to found ethical AI practices. Other execs have followed Musk and Thiel’s suit such as Reid Hoffman, LinkedIn’s founder and eBay’s founder, Pierre Omidyar, who have donated $20 million to the Ethics and Governance of AI Fund.

Musk’s friendship with Google Founder Larry Page apparently was on the rocks for many years as the two close friends fought over the AI issue. Eventually, it seemed that Page started to see some of the things that Musk was saying and there is now a partnership between Google, Amazon, Microsoft, Facebook, and IBM to pursue an ethical AI protocol. Thus, it seems that Musk’s huffing and puffing might really be gaining some serious traction. Although, he does have a plan B if that fails: an escape to Mars!

Artificial Intelligence or A.I. has been at the epicenter of great sci-fi literature and movies for years. Depictions of the near-future almost always feature sentient machines and evil corporations (Skynet). We clearly revel at the abilities of machines, while at the same time fear for our own safety and relevance.

The question is, is singularity a possibility? I’d say yes. Machines are our more efficient and purely rational counterparts. They are not hindered by our emotions and biases, so there should be no reason why they would not be able to overpower us in due time. Looks like we all need to get on board that spaceship headed for Mars!

[Video] 10 Daily Habits Of The Most Successful Entrepreneurs


How To Separate Self Identity from Work Identity