How Did Mark Cuban Make His Money? 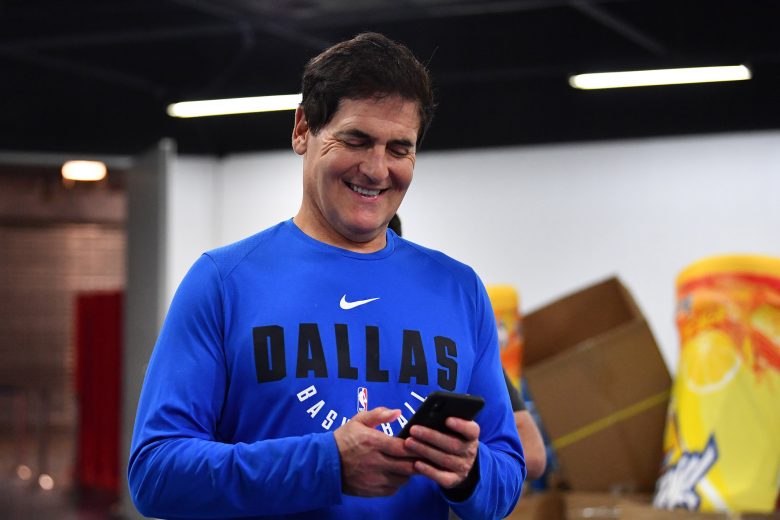 You may know Mark Cuban for being the ultra-wealthy investor on ABC’s Shark Tank. Or perhaps you recognize him as the vocal and visible owner of the NBA franchise Dallas Mavericks. Most know that Mark Cuban’s net worth is in the billions. But have you ever wondered how Mark Cuban made his money?

Cuban did not become a billionaire by being lucky or having just one good idea. Instead, his billions were made by a series of starting businesses, exiting those ventures, and making one carefully timed stock trade.

In this article, we will look at how Mark Cuban made his billions. We will also be looking at his current investments that help grow his wealth.

How Did Mark Cuban Make His Money?

Cuban started his own company, MicroSolutions in the late 1980s. MicroSolutions was initially a system integrator and software reseller. By 1990, the company grew to more than $30 million in revenue.

Cuban began making his fortune by selling MicroSolutions to CompuServe—then a subsidiary of H&R Block—for $6 million. He made approximately $2 million after taxes on the deal. He used the funds from the sale of MicroSolutions to launch his next company, Broadcast.com. And this is where things get interesting.

This is where Mark Cuban made the majority of his money. In 1999 Cuban became a billionaire when Yahoo acquired Broadcast.com for $5.7 billion in stock. Part of the agreement was that he would need to hold the Yahoo stock for at least six months. Immediately after the agreement expired, Cuban unloaded all of the Yahoo stock for about the same price it was six months prior which was $163.

This move instantly netted him $2 billion in cash. The move turned out to be a masterstroke as Yahoo’s stock slid 95% over the next year and a half. The decision is considered one of the best business decisions of all time.

Cuban is possibly best known for his role as a lead investor in the popular TV Show, Shark Tank, with fellow entrepreneurs. He is by far the richest shark on the show that appears regularly. He joined the show in 2011.

Since then, Mark Cuban’s Shark Tank investments include Rugged Maniac Obstacle Course, Ten-Thirty One Productions who specialize in live horror attractions, and BeatBox Beverages. Cuban invested around 1 million dollars for each of those startups.

In total, he has invested in over 85 deals on the show. His presence on the show increased the show’s ratings and helped the program win three primetime Emmys for Outstanding Structured Reality TV Program.

It has been reported that Cuban gets paid around $50,000 per episode.

In 2000, Cuban purchased a majority of the Dallas Mavericks for 285 million dollars. Before the purchase of the team, the Dallas Mavericks were a struggling franchise often posting losing records and having never won a league championship. Since Cuban bought the Mavericks, the team went from winning only 40% of their games to 69% of them.

Cuban was integral in acquiring German-born Dirk Nowitzki via a trade with the Milwaukee Bucks. Nowitzki eventually became one of the 75 greatest players in league history. In 2011, he led the Mavericks to their first-ever NBA championship against LeBron James and the Miami Heat.

Mark Cuban’s portfolio includes several blockchain companies. Several of these companies focus on NFT. These include Defined, Polygon, and NFT42. In 2021, Cuban founded Lazy, a company that will make it easier for users to show off their NFTs.

Some of his other blockchain investments include:

Mark Cuban also has his hands in the film and television industry. Not only is he one of the stars of Shark Tank but he also receives producer credit for his involvement. He has also produced several television and movie projects including the critically acclaimed 2005 documentary Enron: The Smartest Guys in the Room.

Cuban’s portfolio includes many businesses from a variety of sectors. He has over 10 companies that focus on healthcare. These companies include Unite Genome and Eon Health.

Unite Genome is a health technology company focused on advancing medicine through large-scale analysis of genomic and health data. Eon specializes in bringing advanced data analysis and management techniques to the medical industry, with a focus on identifying powerful applications for machine learning and artificial intelligence.

As you can see, building massive wealth is not easy and takes a combination of time, reinvestment, and timing. Mark Cuban has become one of the most well-known billionaires in the world today. He continues to use his wealth to increase his net worth, make technological advances, and help aspiring entrepreneurs reach their dreams.