Fortnite’s Dynamic Business Model: How Fortnite Makes Money and How Much It Makes. 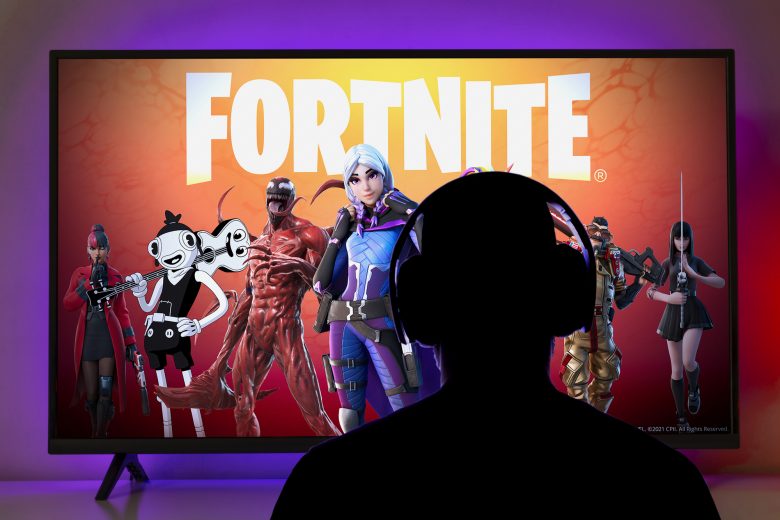 The 21st century has been the age of tech. Computers, tablets, phones, electronics — the list goes on. Perhaps one of the most powerful industries in tech is the gaming world. Video games, whether you like them or not, are a keystone feature of business in modern society. Among the top games, a multiplayer battle game called Fortnite has established itself as a clear front-runner in a sea of first-person shooter games. Fortnite made its debut under Epic Games in 2011 but didn’t take off until 2017.

Its creators hoped it would provide users with a love child of Minecraft and Left 4 Dead. Players work in teams to search for resources and construct weapons, traps, and barricades. To the creators’ dismay, Epic Games protracted its development due to external pressures and gave 40% of the company to Tencent in exchange for support and access to the Chinese video game market.

2017 was an important year for Fortnite, as Epic released the famous Fortnite: Battle Royale game. Epic Games was founded by Tim Sweeney, a brilliant coder who delivered the technological framework of both Epic Games and Fortnite. Business Insider credits Sweeney with a dynamic business model and with the instigation of a massive legal battle between Epic Games and Fortnite. The game’s breakthrough came with the release of this enhanced multiplayer game, where users can compete in a survival-style game against people worldwide.

In this article, we will look at Fornite’s business model and whether or not it has been successful thus far.

How Much Money Does Fortnite Make?

According to Investopedia, Fortnite had accumulated over 125 million players and $1.2 billion in revenue just months after its release. In 2019, Fortnite brought in revenue of $1.8 billion while amassing close to 250 million Fortnite players. This placed Fortnite as the highest annual income generator for any free-to-play game in history. Many highly popular games have surpassed $1 billion in revenue in their first year, but Fortnite was the first game to accomplish this as a free-to-play game.

In February 2020, Fortnite ranked fourth in highest-grossing video games on consoles. Fortnite can be played on a variety of game consoles. The most popular are PS4 and Xbox, which make up 47% and 28% of Fortnite’s console usage. Android, Switch, and iOS make up the remainder of usage.

It’s important to keep in mind that Fortnite gives away their product free of charge.

So how do they actually make money?

Microtransactions are the sole revenue generator for Fortnite. Microtransactions are additions called “costumes” and “skins” that players can purchase. Users have access to Fortnite for free, but they can customize their avatar to add character and individuality. This is a highly successful feature of Fortnite’s business model; in fact, nearly 70% of players admitted to making in-game purchases.

Such microtransactions are made possible through Fortnite’s in-game currency called V-bucks. For instance, 2,500 V-bucks can be purchased for $24.99. While revenue has decreased, Fortnite user count continues to climb. Fortnite users increased from 125 million in 2018 to 250 million in 2019 and have continued to increase the last two years to 350 million.

Players can also purchase a Battle Pass, which costs $9.50 for a quarterly subscription. Players are granted exclusive access to game updates like map changes and character features like weapons and tools. It also provides discounts for microtransactions. Battle Pass generates the majority of Fortnite’s revenue.

According to GamesIndustry.biz, a business news source, five million Battle Passes were sold on the first day of Season 3 in February of 2018. This resulted in $50 million in revenue in just a single day. As more players purchased the Battle Pass, new costumes and additions were added, and millions of users continued to purchase them.

Epic Games expanded Fortnite to mobile devices in 2018 and solidified its beta in early 2019. Unfortunately, the mobile game was removed from the Apple App Store in August 2020 due to Epic’s internal issues with Apple. Essentially, Epic sued Apple for creating a monopoly to host games on iOS devices and battled its 30% commission fee for transactions.

This also negatively affected Fortnite’s revenue, which factors into the decrease from 2018 to 2019. However, Fortnite Mobile generated $1.1 billion over its lifetime of less than two years.

Players around the globe have invested time and energy into streaming Fortnite’s individual games online. This has paid off for Fortnite since the game was viewed for 389 million hours on platforms like Twitch and YouTube in Q1 2021. Business of Apps, a popular marketplace advertising agency, pinned a famous Fortnite player named “Ninja” as the most popular player, with 24.2 million YouTube subscribers. He reportedly earns $500,000 a month streaming his games every day.

Online streaming has infiltrated the entertainment industry as well. Fortnite developed a platform where musicians and artists can hold concerts virtually. In 2019, a Doomsday concert held virtually on the Fortnite platform was viewed for 11.8 million hours. 2020 saw another concert hosted by Travis Scott that generated 12.3 million viewing hours.

Fortnite has seen a decline in revenue since 2018, where it dropped from $5.4 billion to $3.7 billion year-over-year in 2019. While revenue increased to $5.1 billion in 2020, it still remains below the mark set in 2018. This drop can be partially accounted for by the removal of the game from the App Store. Court documents and independent analyst firms estimated Apple’s commissions from Fortnite to be nearly $350 million. Legal battles ensued because of this, and Fortnite continues to be banned from the App Store.


7 Common Mistakes Made By Freelancers When Starting Their Business