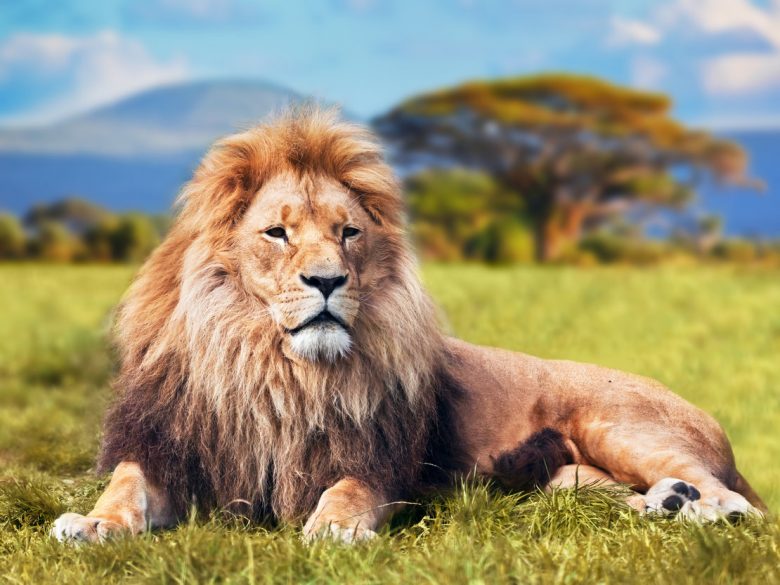 As humans, we ascend into leadership roles through hard work, dedication, and experience in a field that we show expertise in. The quality of work and depth of knowledge also play a role in how we move into new positions, especially ones where leadership becomes a part of it. Some people feel more natural in their role as a company leader, while it may take longer for others to adjust to overseeing something and the people that are employed by that business.

In our business world, leadership is a role that is gained over time and with experience. However, it is also something that can be a natural quality that some people just fill with ease. Over the last few years, biologists and anthropologists have tried to get a better understanding of innate leadership of humans by looking somewhere a little unexpected: the animal kingdom.

Understanding what leadership means outside our business world

For many animals, leadership isn’t given, it is earned and remains a part of them until they pass on. There is no question of certain authority, and the leader of the group dictates hierarchy and acceptance of fellow members without question. Overall, animals have a black and white understanding of what leadership means for their species.

Like any mammal, there are disputes and disruptions that can affect a group of animals and the positions they hold. However, the difference between animals and humans regarding leadership isn’t how one comes into that powerful role. Surprisingly, it is about who can hold leadership roles within their herd and why.

Researcher and professor of Biology at Mills College, Jennifer Smith, has taken a close look at animal hierarchy, and has been able to identify the traits that they deem worthy of holding a leadership position.

“Experience was a common trait of most successful leaders. It’s not how charismatic you are or who your mom was, necessarily. Things like that are less important than the amount of experience individuals have on the ground,” Smith said regarding animal leadership. This is a trait that many successful humans have utilized to attain the power they hold and keep it.

One big difference for the human species is that we have only seen men in positions of power until the 20th century. For some animals, it is the older females who can hold roles of power within a herd of animals. Smith reported, “We noticed that older matriarchs in the societies – females that have been in these groups for many years, that are very long lived and have this [experience] knowledge – are the ones that are calling the shots.” This is a stark contrast between our two species. For centuries, humans only gave positions of power to men, not because of their experience, but simply because they were the right gender.

For certain animals, their well-known hierarchy of leadership has made them the perfect case study for researchers and scientists alike. Mammals such as lions and wolves display the most definitive and genuine understanding of leadership for their kind. Their unique characteristics can educate us on influential leadership, and why their species may hold the key to becoming the best leader one can be for a company.

Lions: A true king in the animal kingdom

One of the world’s most intriguing and revered animals, lions have many more qualities that make them the distinguished leaders that they are in the wild. One of the lion’s strongest attributes is their ability to delegate and not micromanage in completing tasks. Scientific and bionic author, Dr. Matthias Nollke, says that a lion, “delegates all tasks that others can do, or even do better. Once the work has been distributed, they no longer meddle, but check that the objective is achieved, and ultimately ensures a harmonious overall end result.”

There is a reason a lion can sleep almost 20 hours a day and feel that relaxed. This is due to their ability to delegate tasks to the right member of their pride, and not micromanage them once the task has been handed off. The lion knows that it will get done and won’t worry itself over the outcome or result of what will happen.

Lions are also equitable partners in the animal kingdom. This is especially true when it comes to eating. Lions are quite fair in sharing their meals, not just among themselves, but also with scavenger type birds and animals. While a lion could easily devour a whole meal, they always leave enough leftovers to ensure that their pride and those outside of it can feast on it as well.

As a business leader, you also must remember to share the feast equitably among your employees. While it would be easy to keep company assets and profits for your own personal endeavors, not giving back to those around you could prove disastrous. As the lion shares not only with his pride, but also scavengers, so should we remember to not take everything for our own desires but share among those around us for a more equal society as well.

Wolves: A leader who rules by action, not by its teeth

An interesting aspect of the wolf is that the alpha doesn’t have the typical qualities that one would associate with being in a powerful position. Long-time wolf researcher, Richard McIntyre, says that alpha wolves “have a quiet confidence, quiet self-assurance. You know what you need to do; you know what’s best for your pack. You lead by example. You’re very comfortable with that. You have a calming effect.”

As a person who holds a leadership role, you lead by example and ensure that there is a calm presence within your company, one not filled with disruption or constant chaos. No one should feel worried about their job being taken away from under them, or about being yelled at for making a simple mistake. The more harmony you as the leader show to your team, the better effect it will have on the people who work alongside you.

Alpha wolves also aren’t as aggressive with other wolves as the stigma seems to state. Alpha leaders don’t rule with anger or by instilling fear in those around them, but with a gentle sternness and quiet confidence. Being in charge isn’t about the snarl of the alpha wolf, but their all-around calm demeanor that makes them the strong leader that other wolves look up to and will stay loyal to through the end.

What can we learn?

As biology professor Jennifer Smith surmises about leadership within the animal kingdom, she said us humans could learn a thing or two from animal behavior. “What we found here is that, time and again, the most successful leaders are actually those that take all of the demands from the society into account,” she added. “And the most equitable leaders that have experience are those that are providing the most benefits to their groups.”

As you ponder over the unique attributes of the animal world, look at your own beliefs on leadership. If there is anything to take away from our fellow mammals, it’s that there is a reason why they are some most respected and revered animals in the world. It has nothing to do with their size or the strength of their roar, but it has more to do with their display of unwavering leadership and the respect they show to one another.

10 Things You Need Before You Start Your Business