5 Reasons Why You Shouldn’t Doubt Your Bad Ideas 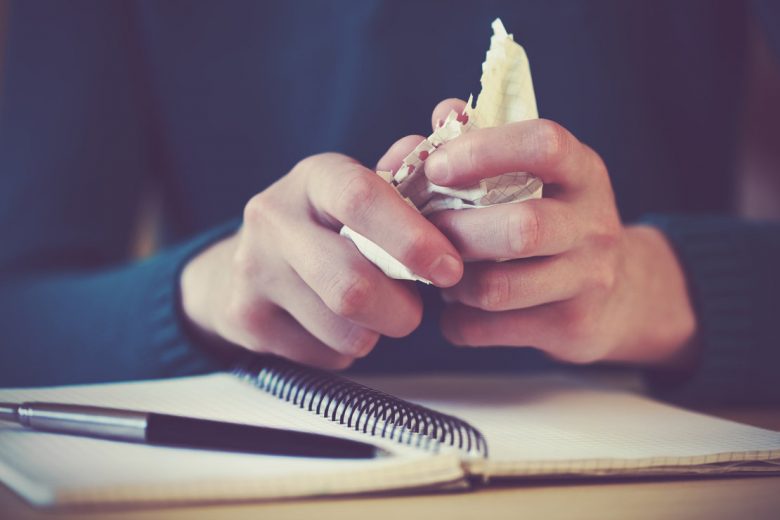 Have you ever had an idea that you let slip away without pursuing it? Then you see that exact product in every household later on? You kind of want to kick yourself and can hardly believe that your dumb idea actually worked. There have been mishaps that have turned into gold too. For example, Weiss Wurst, which is a highly popular breakfast sausage in Germany, occurred due to an error. An apprentice added in too much of one type of ingredient. Turns out, it is one of the nicest sausages you can eat.

The point is, don’t doubt your seemingly bad ideas. You never know what might happen. There are many people who have made millions on pretty bad ideas. If you don’t persist with your ideas and let self-doubt deter you, you could be missing out.

You Could Become a Millionaire

It may sound crazy to think that an idea you have while suntanning with a beer in your hand would turn you into a millionaire. It’s not. Even the wackiest, silliest ideas have made people super rich. Ken Hakuta developed the Wacky Wall Walker. It actually wasn’t his idea to begin with. He copied it from a Chinese toy. You know those gooey shaped objects that stick to the wall when you throw them at the wall? Yep. He made millions off that.

He secured the rights to sell in the U.S. and distributed it all over Washington D.C. From there, he grew his business to other areas. It took time, and most of us would probably give up, believing it to be a bad idea in the first place. In the 1980’s, they gained major popularity with about 240 million units being sold. Hakuta got rich off this wave of popularity. Not only did he go with his bad idea, but he believed in it regardless of its slow start.

You Can Hone Other Skills

Gary Dahl not only made $15 million in six months for his pet rock invention, he also honed skills that got him there. Some say that Dahl could sell ice to an Eskimo, which may just be the secret to how he sold rocks to the public. He was once a big ad executive, so when he put “pet” rocks in packaging where the rocks sat on a bed of hay, he brought in plenty of cash.

He was also smart enough to have very low capital. Basically, he sold his rocks for $3.95 each, and made about $3.00 off each purchase. If you have something you think is a silly idea, your marketing of it can be the major key to having it go “viral.” He sold a story and you can hone those skills for yourself too. Then you’re materializing value for even the dumbest of ideas.

You Become Rich Super Fast in Some Cases

Scott Boilen made $200 million by turning a bathrobe on backward and selling it as the Snuggie. You know this idea is not rocket science and yet people went crazy for them. Boilen sold this blanket with arms as a special kind of bathrobe that was designed to wear the wrong way. The idea, obvious and ridiculous. He wasn’t even able to patent it and yet the masses had to have it.

He moved 20 million units at $20 apiece in the first year. He used infomercials to offer them at cheaper prices too. Boilen even laughed at himself. His commercials were as ridiculous as the product which he embraced and people responded to. He made multiple millions really quickly on a truly bad idea and is now living on the earnings.

You’ll Usually Have a Lot of Fun

Most dumb ideas are quirky and weird. Eric Nakagawa and Kari Unebasami’s product is a good example of this. You can create laughable, simple products that are not exactly necessary but can lift one’s spirits. ICanHasCheezburger?? is the name of the company. Weird right? The whole concept of the company is parallel to the name. It’s a website about a funny cat photo. The caption attached to the slightly fat cat was, “I can has cheezburger?”

If you look back on conversations you’ve had with close friends, you know you talk about ridiculous things that make no sense. These two made $2 million by purchasing a domain of the caption, publishing the photo with the caption. They got a huge following so the creators followed up with photos and more narrations about the cat getting his cheeseburger. Fans began to submit cat photos with captions which of course created organic growth. The website gets millions of page views every month with more and more submissions daily. The original creators of the site sold it for $2 million and had a lot of fun creating this simple pleasure of a business idea.

That is just what Alex Tew did, plus some when he made $1 million building a domain called MillionDollarHomePage.com. This British university student brainstormed ways to pay for college. He wanted to create Internet advertising to make it an easy way to get money. He sold ad space on the site he purchased. A pixel for $1.

The grids were divided 1000 X 1000 and sold in blocks. It was a 10 X10 minimum so the order would be at least $100. Whatever you wanted to have go within your pixel space was acceptable. The site became a big fad and next thing you know, this university student sold 1 million pixels in under a year. He made $1 million and only paid $10 for his domain.

Hopefully you can see the incredible benefits of believing in yourself even if you think an idea is silly. You can become incredibly rich when you gamble on an idea. Obviously, you don’t want to sink all your money in something that really has no true value in life. As you can see, many of these ideas wouldn’t cost a lot to materialize. The next time you come up with a silly thought or creative idea, see if it’s been done and start conceptualizing.