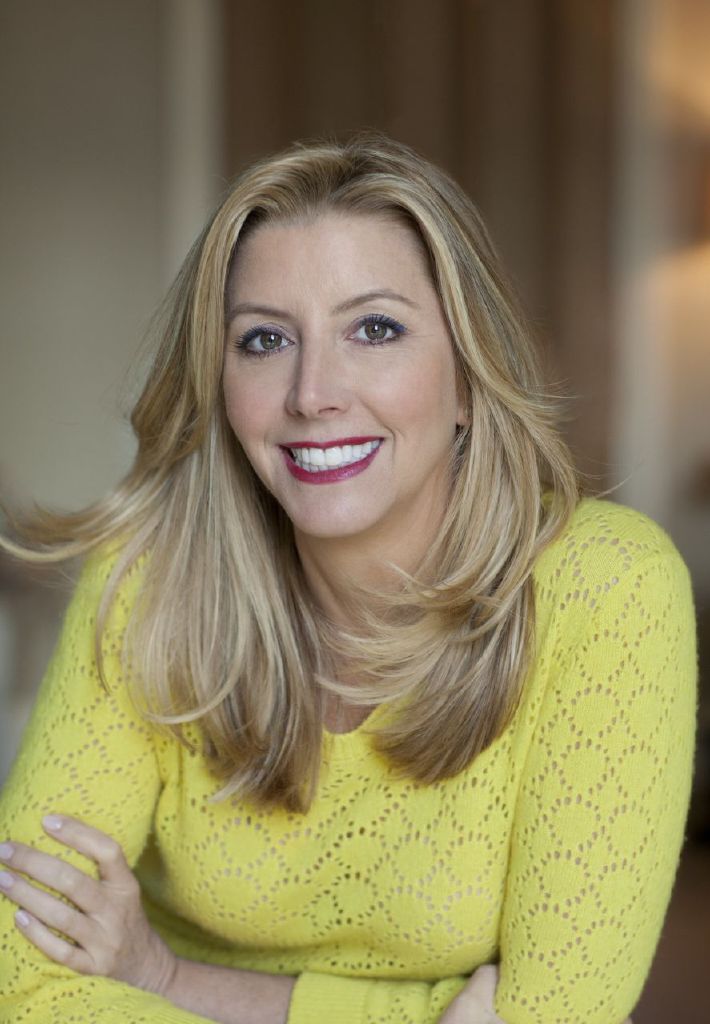 In the world of entrepreneurship, you must be persistent and determined not to give up when the hills outnumber the valleys. You face many rejections, derailments, and personal setbacks that make it easy to call it quits. However, this next entrepreneur that we are highlighting proves what can happen when you never give up on making your dreams a reality.

Founder and owner of Spanx, a modern apparel company that focuses on athleisure, comfort, and class in their pieces, Sara Blakely is the epitome of what it means to overcome adversity in your entrepreneurial dreams. In never giving up on those aspirations, Blakely’s now estimated net worth is around $1 billion and she was listed as Forbes’ 93rd Most Powerful Woman.

Sara Blakley was born and raised in Clearwater Florida. Following in her father’s footsteps in becoming an attorney, she had originally planned to go to law school after graduating from Florida State University. When that route did not go as planned, Blakely worked a few different jobs before finding one that gave her the inspiration for her clothing line. Blakely found easy success with an office supply company called, Danka, where she sold fax machines (the predecessor to email) door-to-door. A natural at sales, Blakley became their Regional Sales Trainer at the young age of 25 with this company.

During this time, Blakely realized how uncomfortable pantyhose were, especially when working door-to-door in an all year round warm state like Florida. She made it point to experiment with the different ways to make them more comfortable and eventually came up with a hybrid solution: pantyhose with no seamed feet (cut at the ankle) partnered with the desired effect of firmness and curves that pantyhose portrays on a woman’s lower body. Thus began the journey to what we now know as Spanx.

Taking a Chance on the Unknown

Over the next few years, Blakely worked on developing her idea while also moving to Atlanta, Georgia for Danka. She was eventually able to present her idea to a variety of mills in the United States but was met with rejection after rejection due to the mills never having worked with an unestablished business at the time.

However, Blakely received an offer from a mill owner who was highly encouraged by his daughters to pursue her ingenious idea. He told Blakely that much of the reason her idea wasn’t considered by others could be due to the saturation of men in the world of apparel, and not having to personally worry about the comforts of hosiery.

In just a little over a year, the first prototype was created and Blakely was able to present her apparel to Neiman Marcus. After a positive showing of her Spanx products, Neiman Marcus went on to sell it in seven of their stores with other powerhouse retailers soon following their lead.

However, it wasn’t until Blakely’s products were named as one of Oprah Winfrey’s favorite things that her company truly sky-rocketed. In November 2000, Blakely officially resigned from Danka to pursue her dream of owning and running her own company. Spanx has since recorded sales in the millions with Blakely at the helm as founder and owner.

The American Dream is about not about giving up

Sara Blakley’s story is truly one that fits the American Dream. A hard-working woman who never gave up on her dream, and was determined to see her product find success to help the everyday working woman feel comfortable, while still looking professional. That is why we are going to highlight the 25 most influential Sara Blakely quotes. Her words can truly resonate with those out there that are pursuing their entrepreneurial dreams, and that is not giving up when it comes to something you believe in.

“You’ve got to visualize where you’re headed and be very clear about it. Take a Polaroid picture of where you’re going to be in a few years.”

“Don’t be intimidated by what you don’t know. That can be your greatest strength and ensure that you do things differently from everyone else.”

“When something I can’t control happens, I ask myself: where is the hidden gift, where is the positive in this?”

“Don’t be intimidated by what you don’t know.”

“Instead of failure being the outcome, failure became not trying. And it forced me at a young age to want to push myself so much further out of my comfort zone.”

“My advice for an entrepreneur just starting out is to differentiate yourself. Why are you different? What’s important about you? Why does the customer need you?”

“I think very early on in life we all learn what we’re good at and what we’re not good at, and we stay where it’s safe.”

“You’ve got to embrace what you don’t know.”

“Failure to me became not trying versus not succeeding.”

“Perseverance is the key to starting a successful business.”

“I think my story says that when women are given the chance and the opportunity, that we can achieve a lot. We deliver.”

“It’s a full-time job to manage our lives.”

“Most of the reason we don’t do things is because we’re afraid to fail. I just made a decision one day that I was not going to do things in my life because of fear.”

“It’s important to be willing to make mistakes. The worst thing that can happen is you become memorable.”

“Embrace what you don’t know.”

“The smartest thing I ever did was to hire my weakness.”

“Most of us want to tell our coworkers or friends, or husbands or wives, our ideas. For what reason? We want validation. But I feel ideas are most vulnerable in their infancy. Out of love and concern, friends and family give all the reasons or objections on why you shouldn’t do it. I didn’t want to risk that.”

“Courage is doing something despite the fear, and I’ve worked hard on being a courageous person.”

“I didn’t want women to walk out of the dressing rooms feeling depressed and wanting a cocktail.”

“I feel like money makes you more of who you already are.”

“Having a mental snapshot of where you are, where you are going, and what you are moving toward is incredibly powerful.”

“My dad encouraged us to fail. Growing up, he would ask us what we failed at that week. If we didn’t have something, he would be disappointed. It changed my mindset at an early age that failure is not the outcome, failure is not trying. Don’t be afraid to fail.”

“I’d never worked in fashion or retail. I just needed an undergarment that didn’t exist.”

“My advice for an entrepreneur just starting out is to differentiate yourself. Why are you different? What’s important about you? Why does the customer need you?”

“You’ve got to visualize where you’re headed and be very clear about it. Take a Polaroid picture of where you’re going to be in a few years.”