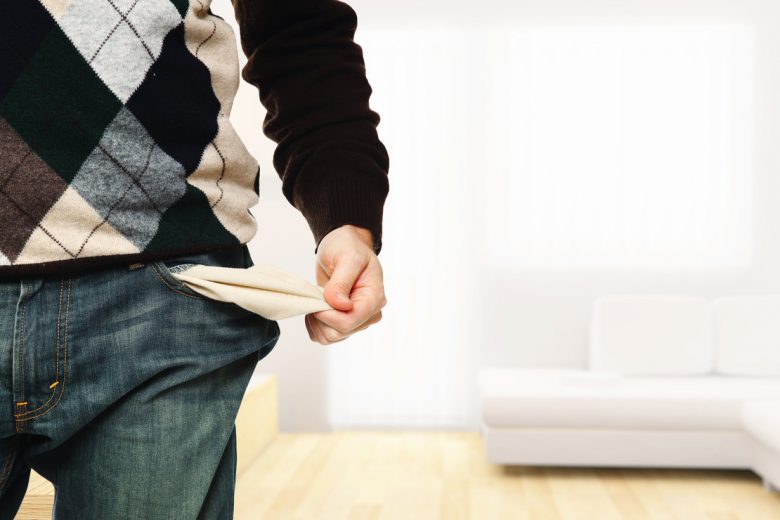 Let’s be clear here. Starting and running a successful business is no easy task. It doesn’t matter how much capital funding you’ve got. The road will be bumpy. But there is some good news.

In this day and age, starting a business with no money has never been easier. You can take control of your financial destiny and, in fact, I believe the only thing standing in your way is your ability to take action.

Unfortunately, not everyone shares that same enthusiasm. There are a lot of ambitious individuals with amazing ideas and big dreams who never take the leap simply because they feel justified in this common argument: I don’t have the money.

Today, I want to prove to you that having almost no money is actually a good thing when starting out.

With such a low barrier to enter the business world, there’s still the hot-button issue of “not having enough money” to start something worthwhile.I came across an article by a guy named Bill Murphy who actually shared results of a sample survey he did where 500 people filled out what their biggest business challenge was. Not surprising, most people said money was their big obstacle.

Can I tell you, I was caught up in that limited thinking too. Everyone around me used to say it takes money to make money. And that might be true for certain industries, but it doesn’t mean it’s the only way.

Years ago I came across a story that completely shifted my perspective on becoming a successful entrepreneur.

Daymond John, now famous because of the show Shark Tank, was the man behind my shift in perspective.

This is his story.

When Daymond John started FUBU, he didn’t have any money. What he had was a dream and a mom who was willing to mortgage their home to fund her son’s desire of owning a successful clothing company. He couldn’t invest in any relevant promotion for his clothing so instead, he persistently chased down his neighbor LL Cool J.

If you’re a music lover like me, then you know there was a time when LL Cool J rocked our world.  Daymond John wanted a piece of that spotlight. It was his dream to make clothes for the coolest, most famous rappers.

What you may not have known is through a lot of effort(on Daymond’s part), LL Cool J agreed to wear his brand label on one of his music videos, which in essence provided the free advertising the brand desperately needed. It became the defining moment that helped John tap into this niche market that he’d been trying so desperately to connect with.

John’s hustle finally made it possible for him to turn his small operation literally from his mom’s home into a booming business.The rest, as they say, is history. FUBU is now a famous multi-million dollar company and as you know, Daymond John is one of the most influential entrepreneurs on the planet.

The biggest lesson we can all take from this is simple.

Daymond has even written a book emphasizing this very sentiment. I just wish more of us could take it to heart and stop making excuses because the fact of the matter is, turning your idea into an actual business has more to do with your mindset than the money in your pocket. Especially in the early stages of the business.

What many of us don’t realize, especially those of us coming from impoverished backgrounds, is that our greatest enemy is not external.

The enemy is always invisible to the naked eye and elusive to the reasoning mind. Your fears, indecisiveness, poor habits, lack of self-discipline, and constant self-doubt are the greatest enemies of your startup success.

Such enemies cannot be won over by acquiring investors or pouring cash into your idea. If anything, the more cash you pour into the business idea, the more costly your sabotages and mistakes become.

So I want to invite you to take a different approach when it comes to your current financial needs. Step back from the heat and really analyze yourself.

Is money really the only reason things are as they appear?

Have you truly optimized your work ethic, your skills, and resources?

I believe you might be fairly surprised to discover the root of your problem has very little to do with lack of investors and capital funding. And that becomes an open door for you to make changes and set a new course.

No money? No problem. Here’s why.

First. More than anything, your startup will require you to borrow the same mindset Thomas Edison preached and demonstrated.

Purpose. Meaning you need to have a clear intent and a big “WHY” driving you.

Patience. Which means you will not get discouraged or lose your enthusiasm and focus when things get tough. And trust me, things will get tough.

Persistence. Meaning you will stick with it and (as Les Brown likes to say), declare that it’s not over until you win!

Add these qualities to a resilient mind, and you’ve got the winning framework to make anything successful.

Second. Starting out with almost no money means you’re super flexible and your failures won’t come at a high cost.

Suppose you borrowed money or raised capital funding for your new startup and within six months made huge mistakes and lost all the money.

Making huge mistakes is a natural part of growth for all of us. However, if that mistake costs you 1,000 dollars, you’ll handle it much better than if it was a 500,000-dollar mistake with investors breathing down your neck.

That’s why it’s super important for you to be real with yourself. If you’re a toddler learning how to walk for the first time in the entrepreneurial world, give yourself the grace of falling several times over. Do it with the least amount of damage and just get back on your feet and keep working at it until you conquer it.

Will Smith believes we must get comfortable with failure and in fact seek failure out.  Our perspective of what this means could actually be a major hindrance or advantage for us. I don’t know what you grew up hearing but I can assure you, in the business world, not being afraid to fail will ensure you succeed.

Having little to no money makes it easier to embrace that philosophy.

Third. Having little to no money forces you to be creative and innovative.

You take nothing for granted and waste no opportunities when you’re starting out as an underdog.I should know- it’s the story of my life. Everything in your grasp becomes a tool you can leverage to keep moving your idea forward.

This includes past skills, connections, and at times even temporary jobs. For example, if you’ve watched the “Genius” documentary on Netflix where they show the battle between Tesla and Edison, then you know Tesla had to really get creative in order to realize his dream of producing AC for the world. Some of that resourcefulness and creativity involved digging trenches for a while.

The Airbnb founders who said that in the beginning they had to sell cereals before ultimately disrupting the travel and tourism industry tell a similar story.  I say it again. When you’re working with limited financial resources, that’s your opportunity to put your imagination on overdrive.

For self-made individuals starting out, money isn’t the big hurdle. And you can absolutely start something successful with little to no funds as long as you eliminate the habits, excuses, and beliefs that limit you.

If you don’t have capital in the form of money, figure out what you do have working in your favor. Be more resourceful, think outside the box, and get clarity on the actual costs you need to set things up.  It is up to you to figure out what your essential costs are and get more creative with filling those needs as best as you can with what you’ve got. If you truly believe in this business idea, you will find a way to get the wheel moving even if at a small scale at first.

Contributor: Janette Getui is a mompreneur transformational writer and prosperity coach. She is the co-founder of Bold Beautiful Blissful U and hosts transformational prosperity retreats and masterminds. She also runs a content creation agency that supports visionaries and thought leaders. Check out Janette's articles and follow her @janettegetui
One last step! Check your email to confirm your subscription and to get your free ebook! Thank you!


Contributor: Janette Getui is a mompreneur transformational writer and prosperity coach. She is the co-founder of Bold Beautiful Blissful U and hosts transformational prosperity retreats and masterminds. She also runs a content creation agency that supports visionaries and thought leaders. Check out Janette's articles and follow her @janettegetui