Why Listening to Constructive Criticism is Essential For Being Successful 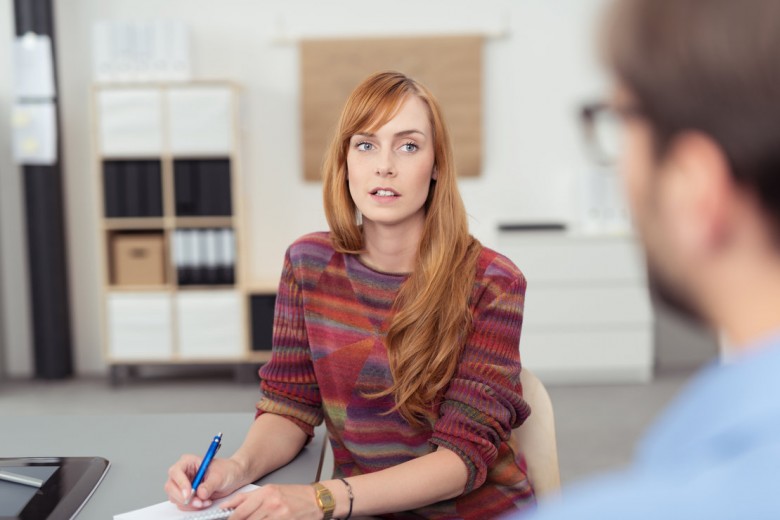 We all know the pain of receiving constructive criticism, the idea that the process, or the way we may have designed something, isn’t as perfect as we thought it was. I have been there, many times, where I think what I’m doing is right and my overall work ethic is spot on. Then, in reality, I am told something completely different. It hurts to hear, and I can’t help take it personally at times. However, if it wasn’t for constructive criticism, I wouldn’t be where I am today as a working professional.

Why do we run away from it?

I think it’s easy to not actively seek out constructive criticism; to live in a bubble where, “ignorance is bliss” seems so much more appealing than hearing how we could be better at something. Is that how we become better workers, managers, or leaders in the workforce, though? I don’t think so.

I once heard someone say that while they are good at critiquing themselves, that isn’t the most effective way of changing or evolving into something better. Listening and being open to criticism makes us vulnerable, and leaves us open to the harsh words of others. We can control what we think of ourselves, but when it comes to the words of others, we cannot change or control what they feel. It is scary to hear what other people think, especially if their thoughts are not favorable to your work or company.

When constructive criticism is done properly, it can propel workers into the next realm of success. It pushes your employees to do better work, because they have been given the confidence in knowing that they are capable of more. The goal of critiquing someone isn’t to bring their spirits down, but to show them their potential to accomplish more and to never strive for anything less than that.

A culture of constructive criticism & how it makes us all better

Musk has a point, how can we get better if we fear hearing how we can improve? As the great American President Franklin Roosevelt once said, “The only thing we have to fear is fear itself.” The same holds true in letting go of our fears and seeking out the advice of others, even if it is painful and hurts.

An eye-opening setup for receiving constructive criticism is the well-known TV show, “Undercover Boss.” The premise of this popular show is to send CEO’s, or the upper echelon of management, undercover to meet the unsung heroes of their company, while also hearing where they fall short in other areas of their brand.

Going into it, the CEO’s often have confidence in how they operate their company in all of its aspects. What they are not prepared for is hearing how they fail, or how their company needs improvement in keeping their business alive and well. Most CEO’s are caught off guard, but take the time to listen to what improvements are being proposed.

When they finally reveal their true identity at the end of the show, the CEO’s take the recommendations made by their employees and ingrain them into the company. It not only makes the employees grateful for being heard, but also honored in that the CEO listened and responded in a positive way.

Instead of being hurt or defensive when hearing criticism, the CEO’s choose to become better, humbler, and smarter in how they can improve and run their company. They walk away stronger persons and leaders, because they allowed themselves to hear and listen to the meaningful advice of those who keep their company alive and thriving.

Time and delivery of constructive criticism are crucial

There is a fine line with delivering constructive criticism, and how it can go well or terribly wrong. When giving criticism, one has to be positive or “constructive” in their approach. Offer insight into how your employee could do better, or what avenues are out there to help them in the field. Give meaningful comprehension into your own struggles, and what you did to become a better employee that led you on a path to becoming a leader.

To simply give criticism, without a sense of purpose or just to beat them down, isn’t effective or professional. You only end up bringing down their spirits, as opposed to growing their potential by enhancing their work ethic. It is not about what you say, but how you say it. Be sure to remember that, especially when it comes to being constructive in giving out criticism or feedback.

One other important factor to remember is do not wait until an annual review or the end of a probationary period to give out constructive criticism. That is almost like waiting until everything is at boiling point, then spilling it out all at once because you can’t hold it in anymore. That kind of execution only comes off as resentful, not meaningful, and puts everyone in a defensive state. Helping others effectively means giving constructive criticism as you see fit and not at the last moment. Building them up and guiding them to be the best employee is to give feedback as a process and not as a stick to beat them down with.

Receiving and giving constructive criticism can be a scary and painful thing to do and hear. However, it is a process that we all have faced in becoming better workers and leaders of the workforce. No one has ever escaped receiving negative feedback, because those individuals wouldn’t be in the position they were in if they weren’t told how they could do better. Only you will ultimately determine how to interpret constructive criticism, and that can be what makes all the difference in becoming a better person, worker, and leader in your field.

7 Core Mindsets Every Entrepreneur Should Internalize