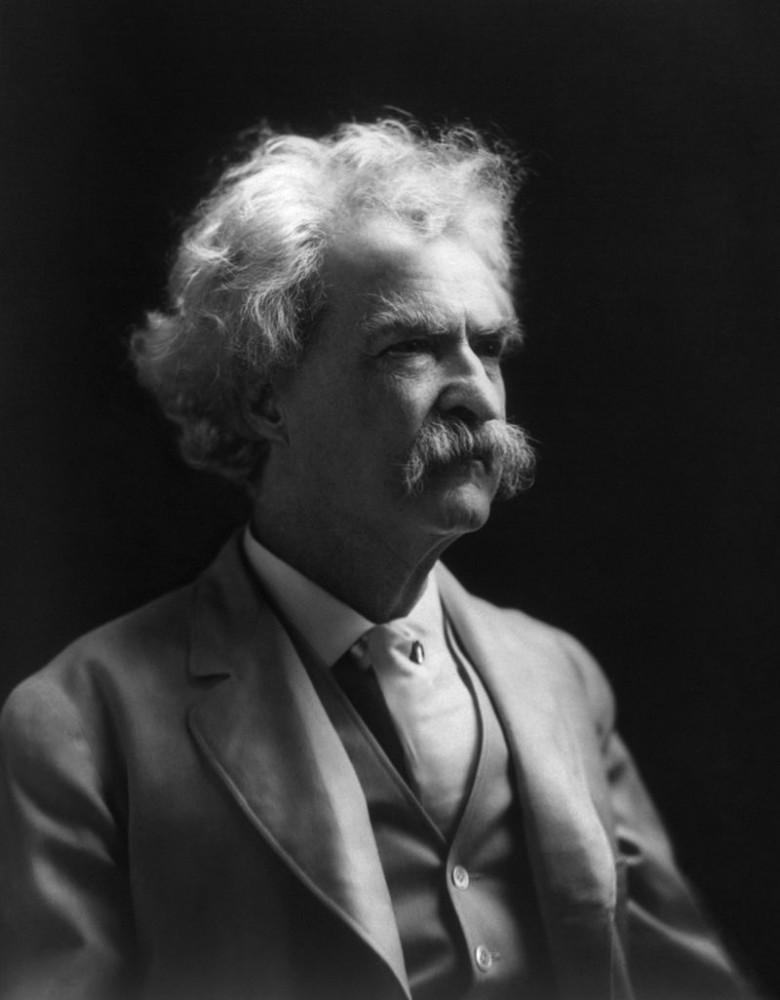 The brilliant Mary Oliver once wrote, “The patterns of our lives reveal us. Our habits measure us”. Our daily routines and habits undoubtedly give shape and purpose to our inner lives and are likely the reason why we are so fascinated by the routines and habits of the great thinkers of history. In many ways, we come to believe that by adopting the routines of impactful people, we may also come to be impactful ourselves. If we are able to replicate a modicum of their routines or inner lives, we can master their habits and so their outer greatness. On a larger scale, these thinkers can also provide wisdom on a life lived fully and lessons that we can internalize to help us in our own journeys.

An interesting and not so well-known fact is that at age sixteen Washington copied out and adapted The Rules of Civility and Decent Behavior in Company and Conversation. The rules are based on a set of principles composed by French Jesuits in 1595. Many of these rules are silly and antiquated, appropriate for or associate with a time of powdered wigs and quills, however, this exercise remains interesting as it underlines the way in which he wished to live his life. Its relevancy lies in a number of rules such as: “Turn not your back to others, especially in speaking; jog not the table or desk on which another reads or writes; lean not upon anyone”.

The common theme that ties these rules is a focus on others, and more specifically, the treatment of others rather than the fulfillment of self-interest. They highlight the importance of respecting our neighbor and making small sacrifices in order that we may all learn to live more peacefully with one another. Washington’s idea is essentially a list of commandments for himself.

Though it’s certainly not necessary to compile a list such as this, it establishes that if you want to solidify a desired result—whether it’s a goal or a change—listing it out as a guide or a step-by-step process can be a way to materialize it.

Marie Curie is a revolutionary scientist, recognized throughout the world as the first person to win the Nobel Prize twice in two distinct fields and breaking many gender stereotypes and boundaries in her lifetime. In 1911, Albert Einstein met Marie Curie and was so impressed by her that he later came to her defense when she was immersed in a media-fueled controversy.

During this time, France experienced a height of xenophobia and sexism leading up to the first World War and Curie’s achievements were belittled as a result of biases against her gender as well as her immigrant roots. Her personal life was exposed, including her romantic relationship with her married colleague, Paul Langevin. Not only was she accused of taking part in an adulterous union thereby ruining a marriage, she was also accused of riding the coattails of her deceased husband rather than accomplishing anything based on her own merits. Though she had been nominated for her second Nobel Prize, Curie was discouraged from claiming it by the nominating committee who were seeking to avoid scandal.

After receiving a letter from Einstein which expressed his admiration of her “intellect, drive, and honesty” and encouraging her to persist in the face of those who doubt her, Curie was inspired to endure in spite of the injustice rather than allow it to confine her. As for the frenzy of newspapers attacking her, Einstein encouraged Curie “to simply not read that hogwash, but rather leave it to the reptile for whom it has been fabricated”.

Simple yet eloquent, and most accurately expressed. Put into perspective, even one of the most prominent scientist was not immune to the critique of naysayers. If there is a lesson to be learned, it’s that while critique can often be helpful, sometimes it is often best left ignored. Work steadfast towards your goals and let your accomplishments speak for you.

For decades, the cognitive psychologist John Hayes investigated the role of effort, practice, and knowledge in top performers in order to determine how long it takes to become a master of your craft, and what these experts do differently compared to everyone else.

After compiling a list of the 500 most popular musical pieces considered “masterworks” in the field, he set about mapping the timeline of each composer’s career and the length of time it took to create their popular work. The pattern that emerged is a lesson we know well in persistence yet it’s startling in its uniformity. With the exception of three, every one of the pieces was written ten years after the composer’s career. Mozart himself did not write a popular work until a decade after he began composing.

This discovery prompted Hayes to coin this 10 year period, consisting of continual work with little recognition, the “ten years of silence”. However, the length of time one practices their craft is only part of the equation. There is an important attribute that distinguishes the great creators from the average, and that is the distinction between practice and deliberate practice. To master your craft, you must also understand how the greats practice as well.

Before you begin you must lay out specific goals for yourself. This is not meant to be an overarching end-goal ten years down the line. Rather, you should set a goal for yourself during each practice session. In other words, you must practice with a purpose. If your goal is to become an excellent basketball player for instance, then an example of deliberate practice is setting a goal of making 100 jump shots during one practice.

This means that the time it takes you to warm-up which may include cardio and weight-lifting should not be an indicator of how hard you worked. Instead, it should be whether you were able to make the 100 jump shots in the end. Do not merely measure your practice by how much time you expend, but by the skills you develop. Working a lot or “putting in time” is not the same as deliberate, purposeful practice. Isolated on a day by day basis, this might seem futile however feelings of frustration are often an indication of skill development and growth.

Harriet Tubman’s life is first and foremost a lesson in courage and leadership, but she also teaches us a more nuanced lesson in decision-making. Born into slavery in the early 1820s, Tubman became one of the leading abolitionists in history and led hundreds of people to freedom. She was also the first woman to lead an armed expedition in the civil war, worked as a Union Army nurse and cook, and in her later life became an advocate for women’s right to vote working with the suffragists.

As a teenager she suffered a head trauma inflicted by an overseer who was aiming to punish another slave for attempting to escape by throwing a two-pound weight at him, but striking Tubman instead. This injury plagued her throughout her life, causing her to endure seizures and excruciating headaches which is all the more dangerous considering the risk she was taking in guiding others to freedom.

Tubman is known for her resilience as she made some 13 expeditions over 11 years, however, her story also offers a different sort of wisdom in the decision she made and the risks that she took. After returning from a trip to find her husband unwilling to flee with her to freedom because he was involved with another woman, Tubman set her sights onwards and forwards. There are those who were dependent on her leadership and she would not allow it to falter and her pain to limit her—not the physical pain of her head wound and the turbulent and dangerous journeys across the network of safe houses, nor the emotional pain of abandonment.

Existing records of Tubman describe her as very much aware and attentive to her intuition. She believed strongly in inner guidance and was always mindful of any physical sensation she experienced, using them as her guideposts to warn her of any present or forthcoming dangers. She was known throughout her life to be a faithful and devout women, however, regardless of your faith or lack thereof, there is nevertheless something to be learnt from Tubman’s self-awareness and level-headedness. To adopt a characteristic of Harriet Tubman’s to improve yourself is to truly pay close attention to how you intuitively feel about opportunities, risk, and decisions that are presented to you. Making a decision and acting out of guilt or fear is a red flag that you’re going in the wrong direction. Something you should move forward with is always accompanied by feelings of peace.

Mark Twain: The Importance of Reading and Learning

As one of the most prolific and celebrated American authors, Mark Twain has an abundance of quotable tidbits of wisdom attributed to him. As such, picking a single lesson that can be learned by him is a rather difficult undertaking and so we travel backwards to the source of his wisdom—Literature and the act of reading.

The benefits of reading and how they can materialize in everyday life are common knowledge. These include “reading is helpful for comprehension” and “reading enhances your vocabulary and communication skills”. But while this is all true, they are certainly not the last of the advantages of reading. According to Twain, “The man who does not read good books has no advantage over the man who cannot read them”. Here he is saying that there is something important to be gained from reading, however, those who do not read cannot reap those advantages. What are these advantages exactly?

Here, Plato provides some insight by advising us: “Employ your time in improving yourself by other men’s writings, so that you shall gain easily what others have labored hard for”. What Twain, and Plato, are saying is that the act of reading provides the reader with wisdom tried and learned by others. It can provide you with a multitude of lessons in a few hours that may have taken the author 20 years to experience, understand, and learn. You can literally pick someone’s brain through reading; you can pick knowledge, pick truth. Learn to cultivate the joy of reading. 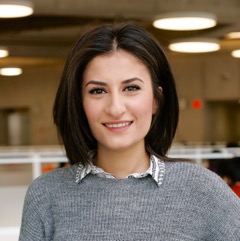 Rahaf Khalil is a staff writer at StartUp Mindset, Advocacy Coordinator at a non-profit, book club organizer, and overall lover of big ideas. She is passionate about exploring new ways of looking at social and cultural complexities as they intersect with tech and tech culture. She is an avid reader and a cat enthusiast. Follower her on Twitter @rkaaay
One last step! Check your email to confirm your subscription and to get your free ebook! Thank you!


Rahaf Khalil is a staff writer at StartUp Mindset, Advocacy Coordinator at a non-profit, book club organizer, and overall lover of big ideas. She is passionate about exploring new ways of looking at social and cultural complexities as they intersect with tech and tech culture. She is an avid reader and a cat enthusiast. Follower her on Twitter @rkaaay

Why Incorporating Play Into Your Workday Can Help You Accomplish More


Setting Yourself Up to Reach Your New Year’s Resolutions