Why Incorporating Play Into Your Workday Can Help You Accomplish More 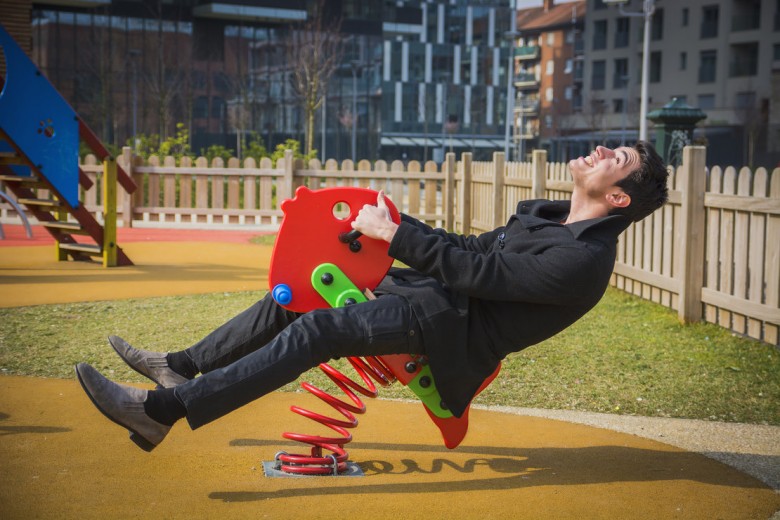 When we are young, we are dying to grow up, to have the words “mature” and “adult” thrust upon our shoulders so that we can wear them with pride around other “mature adults”. We spend hours playing house, pretending to be doctors, or teachers, or astronauts.

All the things big kids get to do. When we grow up, we long for the carelessness of infancy, the days spent playing in the park, making a spaceship out of a swing and a castle out of a playground. We long for the ease, the brilliance of laughing at something silly, the unimportance of appearance while we wear mismatched socks and different colored tutus, maybe a cape, and an old hat that no one else has because THIS ONE, has a REALLY COOL story behind it.

There seems to be a cut-off age for play; a time where “childish” becomes an insult and “immature” a word we use to describe those we don’t particularly like. We begin to hear the phrase “going into the real world” as if one day you could shed off your skin, put on your big girl (or boy) boots, and enter a different dimension where frowns are a fashion statement.

Maybe children are on a different dimension, and the reason might be because they can’t be easily molded into an ideal shape. Their spontaneity and spirit is abundant with possibilities. While adults begin to worry about the “why’s” children worry about the “why not’s”.

So, I find myself thinking and writing about playfulness and the qualities of childlike creativity and imagination and I wonder, what would happen if there was no cut-off line? What would happen to our minds, if we continued to learn through play? What kind of universes could we access? What are we missing out on by learning to drift away from our inner child, and focusing on play only as a form of stress relief?

Children’s capacity to solve problems has always amazed me. Beyond what is right and wrong, their logic is simple and uncanny. This is because they don’t feel discomfort with stepping out of the norm. They play to try to figure out what they don’t know about life, the sort of “unwritten” rules that we sign off on when we become adults. They discover by exploring and asking questions that are never too ridiculous to ask.

That is where the difference lies, and where our false sense of self-awareness as adults could be leading us the wrong way. We don’t stop playing because we don’t find it fun or amusing anymore, we stop playing because we develop fear. Fear of falling, fear of being left out, fear of not accomplishing, or living up to other’s expectations, and more than anything, fear of not knowing.

“The Players” Learn to Survive and Thrive

By experimenting with rats, Stuart Brown, MD, and author of the book “Play”, learned that, when confronted with a threat, the group of rats in his experiment that were deprived of play, spent the rest of their lives hiding out and died, while “the player’s” reaction was to “slowly explore the environment, and begin again to test things out”. This not only shows the importance of play in survival, but can be transmitted to the idea that those who succeed are those who are willing to step back out of the cave when things become uncertain.

A child doesn’t care if he doesn’t know, he will ask or find a way to get an answer. The adult needs to know. When you’re young falling on your knees and scrapping them doesn’t deter you from doing it all over again. You learn, of course, how to try to avoid it, but the fear of pain is never enough to stop you from trying again.

“Our capacity for play certainly shifts. I think we lose our imagination a bit as we go through school and we’re told that there’s one right answer for everything the world will throw at us” says psychologist Kathryn Hirsh-Pasek, director of Temple University’s Infant and Child Laboratory and author of Why They Need to Play More and Memorize Less.

The thing is, play is not only limited to a sole act, like playing hide and seek or jumping on a trampoline; rather, it is a state of mind that encompasses all the senses, lightens the body, allows the brain to think critically and create.

Play is timeless, and therefore, ageless.

They say that time flies when you’re having fun. I like to think time stops by to have a cup of tea with us, because that’s how it really feels. When you are doing something in a playful state of mind the world stops spinning and time becomes obsolete; the act itself is more important than the purpose.

Wonder why children are never stressed? Time is not an issue for them, how they spend it is.

In this way, play is also practical. The amount of time you spend working on something or doing something is not as important as the effort, focus, and energy you put into it. It’s not about quantity but quality.

Children are inquisitive and rambunctious; as Steve Gross, founder of Life is Good’s Playmakers says, “they have the discipline to play by the rules by figuring out how much you can stretch them”.

They often learn best when they are playing, because they’re hooked on the idea of something fun. When it stops being fun, they lose interest. The same thing happens to adults. When we stop feeling challenged, or stimulated by our work, we lose interest and do it half-heartedly. Incorporating play into everything and anything we do, especially if it is work related, can be a way of stimulating our inventiveness.

I should point out that playing like a child is different than acting like one. There are responsibilities we assume as we grow older, we learn to move through life a different way; it’s part of the process of evolving into human beings that can take care of themselves, and of others.

But playfulness should be thought of as a state of being. A falling out of the constant gaze of societal norms and expectations. A moment of touching base with our sense of wonder, even at the most minuscule things. Great ideas can be born from small observations.

According to Stuart Brown, MD, and author of the book “Play”, play is more than just fun, “because neoteny means the retention of immature qualities into adulthood. And we are, by physical anthropologists, by many, many studies, the most neotenous, the most youthful, the most flexible, the most plastic of all creatures. And therefore, the most playful. And this gives us a leg up on adaptability.”

Often, we associate adulthood with a lack of play, a certain seriousness that requires we leave behind our inner goofball and focus on the disciplined problem-solver. Maybe it’s because play tends not to be associated with tangible rewards, or because it is not considered serious enough. But growing up doesn’t require we stop clowning around. It is actually the contrary. Play can help us get out of that space in our heads that we spend too much time in as adults and which deters us from solving anything at all.

Dr. Brown says “nothing lights up the brain like play. Three-dimensional play fires up the cerebellum, puts a lot of impulses into the frontal lobe — the executive portion — helps contextual memory be developed, etc.”

When I was a toddler, my siblings and I always dragged my father to play different games with us. We stood with wonder in our eyes at his uncanny ability, as an adult, to create the most imaginative and amusing games out of thin air. In those moments of pure goofiness and jest, he was, and still is, his best self. To his work, he brought the same ability to make dull things (presentations, meetings, and other such activities of the corporate world) appear bright and fun.

Trying to get to the bottom of why we are cut-off from play, I asked him earlier today if he thought my grandfather, an artistic genius with the soul of a child who created an unimaginable world of games and stories for his children and grandchildren, was the source of his own playfulness.

This is what I learned: Play is contagious. “You live with it, it stays with you. Then you want to repeat it, you want others to experience it. More importantly, you don’t want to lose it”.

A chain of playfulness, I thought. What a different world this would be.

The Right Way to Pitch When Someone Asks “What Does Your Business Do?”