How Leaders Can Battle Depression and Overcome the Condition 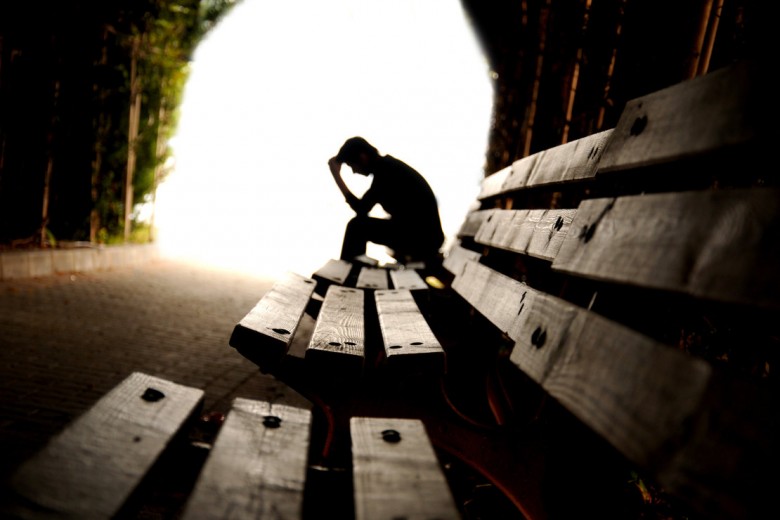 Depression. A condition that affects 350 million people in the world. For an illness that causes so much strife, it is amazing that it has only started getting more spotlight in our present day. With the rise of social media and online platforms, more and more people are coming forward to share their story and struggles when facing this debilitating mental illness.

I have personally battled this disease, and have only recently come to grips with it. Coupled alongside my anxiety, there were days I struggled to function without wanting to cry. All I could do to stop my racing thoughts was to write or try to get my mind focused on something else. I finally sought outside help and guidance, and found comfort in knowing that I am not alone in fighting this condition.

Depression is common, and shows no bias in who it affects. As a business leader or entrepreneur who may have faced similar demons, you understand the struggle and havoc that depression can bring into both your personal and professional life. Take comfort in knowing that some of the most powerful and revered leaders have fought depression in their lifetime. For them, the greatest battle wasn’t fighting a war or facing rejection, but learning to cope with their depression.

Sadly, some great business leaders did not win their battle against their mental illness. Their outside appearance of smiles and happiness was only a mask to what they really felt like inside. Many pressures from the outside played into their mental breakdown, and in their ultimate choice to take their own life.

A professor at the University of California San Francisco (UCSF) surveyed 242 entrepreneurs regarding their mental health. Of those surveyed, a whopping 49% recorded having a mental health condition they faced in their daily lives. The illness that ranked highest among these business leaders was depression, followed closely behind by attention-deficit/hyperactivity disorder (ADHD) and anxiety.

Identified below are just some of the world’s most influential and powerful individuals who fought this illness. While some went on to live a fulfilling life, others could not face the storm that raged on inside. Their stories, words, and inspirational quotes on this condition can hopefully bring you comfort and reassurance in knowing that you are not alone in your battles, and that asking for help is never something you should be scared to do.

The beloved American President who unified the extremely divided United States during the tumultuous Civil war era. His unprecedented decision making and unwavering leadership led him to become one of the loved and inspiring Presidents the United States has ever known. Behind closed doors, he was fighting an inner war of his own. Lincoln had a personal life that many of us today could not fathom living. Only one of his four boys lived to full adulthood, and Lincoln’s wife, Mary Todd, battled her own demons due to the loss of most of their children.

Lincoln described his condition as “melancholia,” but we all know it now as being called clinical depression. The deepest battles appeared during some of the more tumultuous moments in his life, such as the second battle of Bull Run and the death of his first love, Anne Rutledge. Though nothing was ever fully identified, Abraham Lincoln was thought to have penned a suicide note, and a few of his closest friends even feared him committing suicide. Lincoln also never dared to carry a pocket knife on him, for fear of what he would do with it.

However, Lincoln had described his own condition as a misfortune and not a fault. He also found alternate ways to combat his bouts of depression throughout his lifetime. He enjoyed telling funny jokes, and embraced humor with others. Lincoln also found comfort in poetry, and in believing that his life had a greater purpose for mankind. While his own life ended abruptly and unjustly, Lincoln will always be remembered and revered as a man who not only united a country, but also held strong with his own internal war against depression.

As Lincoln was revered in American history, so was Winston Churchill respected in his era and by his country. The British Prime Minister during WWII, Churchill was a remarkable leader, and quite memorable character during his time. However, perception is deceiving, as Churchill also fought severe bouts of depression that would leave him locked away for days, even months, before he would come out feeling normal again.

Often referred to as his ‘black dog,’ Churchill had made it known that he suffered from this condition, and what it felt like to be plagued by it. When finding out a close friend of his had sought medical help from a doctor for their depression, Churchill had written, “I think this man might be useful to me – if my black dog returns. He seems quite away from me now – it is such a relief. All the colours come back into the picture.” Like Lincoln steered clear of pocket knives, so did Churchill in that he avoiding getting too close to the edge of a train platform for fear of what he would do.

Perseverance in never giving up assisted in Churchill overcoming his battles with depression. He also found happiness in writing and painting. In his art, there is no undertone of a depressed mind, and his art spoke more to a content mind than a troubled one. Due to Churchill’s intellect and eloquence of words, writing also helped sooth his bouts of depression. It refocused his mind on something more positive, and took away the debilitating thoughts that depression can place on a person.

Some historians believe that Churchill had manic depression, and that his condition is what made him a formidable leader. It gave him a clearer understanding of emotion, increased Churchill’s resilience to tragedy, and instilled greater empathy to those around him. His illness was a part of him, and one that made him the man that possibly helped save the world from destruction.

Creative and entrepreneurial minded individuals, Austin Heinz and Aaron Swartz were well-liked, respected, and talented in the business market. However, there was a deeper turmoil that brewed inside them. Their battles could not be won, and the world is now missing two bright and talented individuals.

Aaron Swartz was the founder of Infogami, a website whose wiki/blog functionality would become the foundation to the now well-known and popular, Reddit.com. In 2005-2006, Swartz worked closely with Reddit.com founders, Steve Huffman and Alexis Ohanian, to merge the two sites into the same platform, a move that proved quite pivotal in the years to follow for the Reddit website.

Swartz’s dedication to social causes and initiatives, along with his technological background, made him a highly successful and multi-faceted business man. However, all of that was about to change in an instant. In 2011, Swartz was charged with criminal felonies such as wire fraud, computer fraud, and unlawfully obtaining information from a secure computer. In 2012, another nine counts were added, which could ultimately give Swartz fifty years in prison and millions of dollars in fines.

His battle with the law and his ruined reputation was more than Swartz could handle. In January 2013, Swartz ended his life before he was fully sentenced by the courts for the crimes he had been indicted for. He was an extremely talented individual, whose gift of computer programming and functionality was taken away too soon and quite unfairly.

Austen Heinz was another brilliant entrepreneur who suffered and lost his battle with depression in 2015. A creative and talented scientist, it was the loss of money from his investors that pushed him over the edge. For someone who was already prone to depression, losing money for one of his businesses only added to his loss of self-worth as well.

Heinz suffered in silence, and no one had an inkling that this remarkable man would take his own life. However, his death brought to light the need to talk more about facing depression, especially for people who are striving to startup up their own business someday.

Progress has been made with making therapy more readily available and easier to access, especially for business leaders and entrepreneurs who may push something like professional help aside when first starting up a business. Other businesses have included links for the National Suicide Prevention Hotline on their website for easy access and more acceptance. It’s a slow beginning, but it’s at least a start for something so important in this world.

Investor and best selling author Tim Ferriss has also shared insight into facing a bout of depression once before, even referring to it as an “abyss.” His thoughtful and raw writing style, really hits home for those who think they can’t get through the storm of darkness that depression brings. Ferriss reflects in his blog,

“If we let the storms pass and choose to reflect, we come out better than ever. In the end…we have to reach within ourselves and grow. It’s our responsibility to ourselves and–just as critical–to those who love and surround us. You have gifts to share with the world. You are not alone. You are not flawed. You are human. And when the darkness comes, when you are fighting the demons, just remember: I’m right there fighting with you.”

There is no shame in recognizing that you may suffer from depression. Some of the most influential and successful leaders have faced battles similar to the one you may be facing now. As opposed to staying silent, or letting yourself be drained by it, seek help from medical professionals, therapists, or in positive ventures. Do not let anxiety and depression control or consume you, let it be a part of who you are and rise above it.

As the great leaders of prior years have learned to combat depression, so can you. Take comfort in knowing that you are not alone, and that being strong isn’t about hiding it, but about being able to face it head-on and without fear. Do not suffer in silence, because light can be found in the darkness of depression, but only if you are willing to look for the switch to turn it on.

How to Make More Money as a Restaurateur