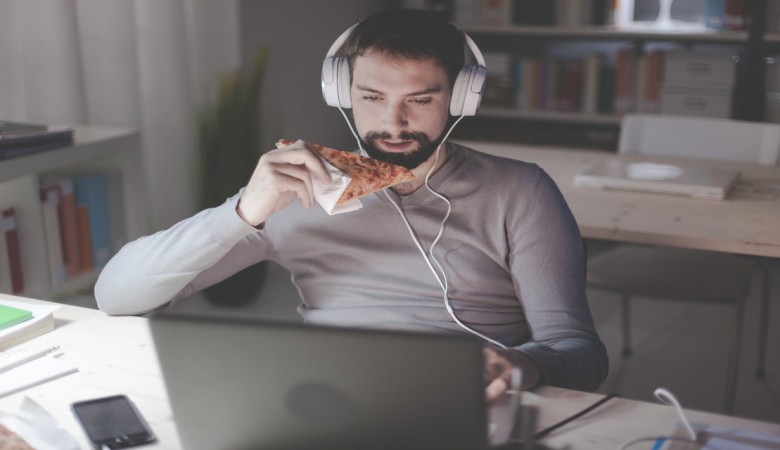 We are all different and our minds and bodies function differently. The terms “early bird” and “night owl” are not mere societal constructs or urban myths – essentially, you are either a morning or a night person and there is science to back up these claims (we will elaborate further on that below). An early bird is someone who feels alert, awake and productive early in the morning, while a night owl can be considered someone who functions best during the night and goes to sleep late. The point is – some of us are simply predisposed to work and operate at night.

There is a certain prejudice that those who get up early get the job done and night owls simply don’t get enough credit. If you sleep in, people think you’re just being lazy. However, according to a recent scientific study, conducted at the London School of Economics and Political science it’s actually the other way round. In fact, the same study found that there is a link between high cognitive complexity and staying up late.

This poses a set of legitimate questions, with the most important one being: how to be a productive night owl? While night owls experience high mental activity late at night, that doesn’t mean they channel that mental energy properly. Channeling and making use of that mental clarity, energy and focus and turning it into creation and productivity is a challenge in itself, but there are some things each and every night owl can do to be highly productive. Below are some helpful tips and tricks, listed in no particular order.

1. Stick to The Schedule

Having a regular wake up time is absolutely crucial. The body gets used to a certain rhythm and in order for it to function like a well-oiled clock, waking up around the same time every day is a must. A lot of night owls tend to oversleep and therefore, unknowingly, set an elaborate trap for themselves. Sleeping too much doesn’t lead to productivity, it can actually lead to lethargy.

According to Medical Daily, by sleeping longer than normal, we unknowingly throw off our regular circadian rhythm-a 24-hour cycle that is driven by our biological clocks and results in physical, mental, and behavioral changes. Simply put, if you want to be a productive night owl – stick to a schedule. 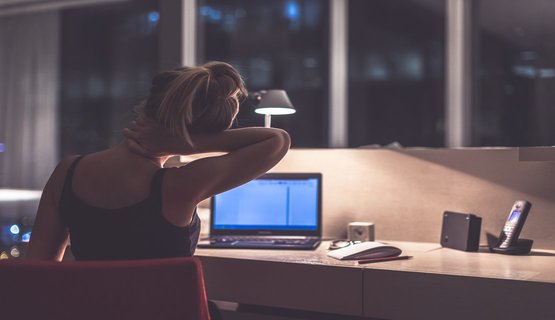 Night owls have the ability to completely immerse themselves in mentally challenging work at night, but this can sometimes be counterproductive. A study at the University of Liege in Belgium, for example, found that night owls are much more capable of working long hours than early birds.

This essentially means that night owls are more likely to be workaholics and to work non-stop without taking breaks. On the other hand, taking relatively frequent, short breaks can do wonders for one’s productivity. Relax, get some fresh air, walk around the room, play some music – whatever does the trick.

3. Go to Sleep Before the Sun Comes Up

If you’re a true night owl, chances are, you’ve watched the sun come up as you work, countless times. While you may shrug this off as typical for a night owl, The National Sleep Foundation reports that quality of sleep and light exposure are very much related and dependent on each other. Our bodies and minds are not used to so much light and, even if you are able to fall asleep easily when the sun is up, consider going to bed while it’s still dark outside. This will improve the quality of your sleep and, in return, make you more productive the next day. If it ever happens that you’re up until the morning, consider darkening your windows completely before you go to bed.

Also, in order to ensure that your sleep is sound enough, be sure to not go directly to bed after you finish working.  The main reason for this is to allow yourself time to wind-down.  The ability you have to relax before you rest may affect the quality of rest.  Making sure you rest well is vital to your performance.

While this may seem illogical at the first glance, napping is great for some night owls and tends to make them even more productive. People who stay up late, naturally, sleep in, but many feel a drop in energy in the afternoon. Besides, even night owls have to get up earlier sometimes to run some errands and what not. If you feel lethargic and tired in the afternoon, consider taking a short power nap to invigorate and refresh your mind. This will help you have a nice, long, productive night. 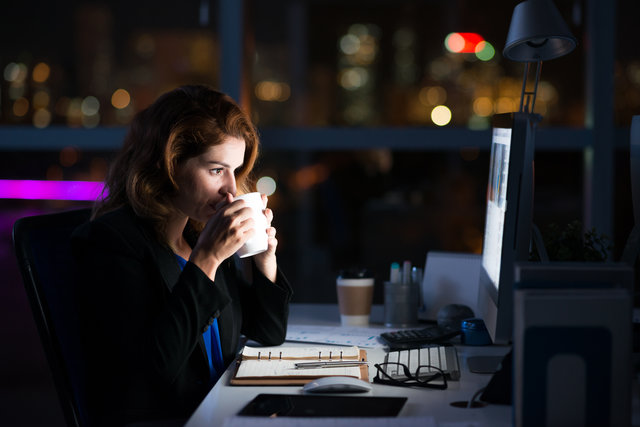 When most people who run or workout consistently will most likely tell you that they have a specific set of songs on their iPod or phone that they listen to while working out.  The reason for this is to have some motivation and distraction for doing a tough task.

I often wonder why more offices don’t use this approach.  Teresa Lesiuk, an assistant professor in the music therapy program at the University of Miami, has studied the effect music has on productivity.  In one study, she found that those who listened to music completed their tasks more quickly and came up with better ideas than those who didn’t.  Music improves mood, and mood seems to affect productivity. “It breaks you out of just thinking one way”, Lesiuk says.

Use background music as a pacesetter for your nighttime work.  It may ward off sleepiness as well as improve your performance.
The Bottom Line: Pay Attention to Yourself and Your Environment

Productivity depends on the inner and the outer world both. Listen to your mind and your body, adjust your schedule to your internal clock and, at the same time, try to pay attention to your surroundings and working environment. Adjust and adapt everything to yourself in order to create the perfect ambient for productivity and in order to become what you have the power to be – a productive night owl, not a slacker who sleeps in and procrastinates.