Here is How Elon Musk Made His Money and How He Spends It. 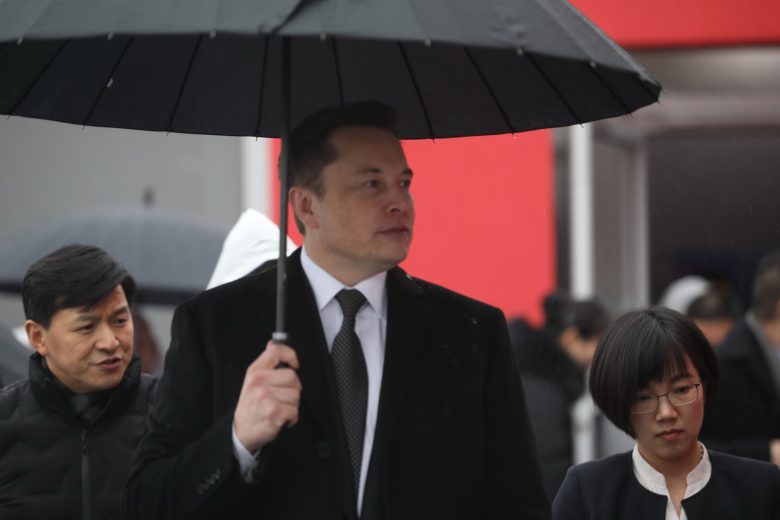 As of the time of this writing, Musk has an estimated net worth of $266 billion. He is undoubtedly one of the great entrepreneurs of all time.

You may already know that he is the CEO of both Tesla Motors and SpaceX. The South African-born Musk has climbed his way up to become the wealthiest person in the world as well as polarizing figure. But have you ever wondered how Musk became so rich and what he does and plans to do with his money?

How Did Elon Musk Make His Money?

In 1995, Musk co-founded Web software company Zip2 with funds from angel investors. Zip2 was a company that provided and licensed online city guide software to newspapers. In February 1999, Compaq Computer acquired Elon’s company for $305 million. Elon was able to net $22 million from the sale of Zip2.

After the sale of Zip2, Musk started a company called X.com in 1999. X.com was one of the world’s first online banks and was even insured by the FDIC. At that time, the world was experiencing something called the dotcom boom. The “boom” was a period during the mid to late 1990s when technology companies’ valuations rapidly increased to unreal heights.

These companies were mostly internet-based and were categorized by the “.com” at the end of their names. The boom led to a stock market crash in 2000, and many of the high-profile companies saw their valuations crash in a matter of months.

The world was changing, and the demand for online services was increasing. While many online companies were failing, Musk decided to merge X.com with Confinity, its biggest competitor. In September 2000, the X.com board voted for a change of CEO from Musk to Peter Thiel. The following year, the new company changed its name to PayPal.

Although Musk was no longer running the company, he retained his ownership shares. This came in handy when it was time to exit. In 2002, eBay purchased PayPal for $1.5 billion. In 2015, PayPal was spun off to be its own company.

The sale of PayPal is where Elon Musk made the majority of his early money. He earned a net of $165 Million from the sale of PayPal. But how did Musk turn $22 million and $165 million into billions?

How Much Does Elon Musk Make From Tesla and SpaceX?

Musk could’ve easily kicked back and enjoyed life after the sale of PayPal. Instead, he continued building companies that reflected his desire to change the world for the better. One of his major focuses became the environment. In February 2004, Musk invested $6.5 million in an electric vehicle company called Tesla Motors. The investment made him the largest shareholder, and he was also named the chairman. 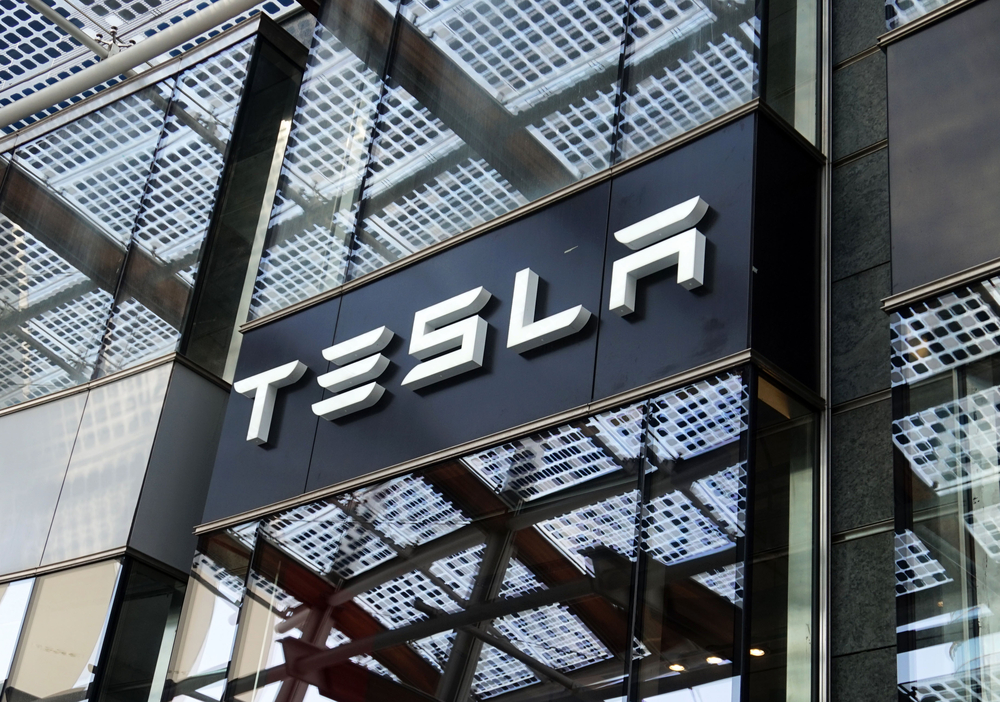 But raising money is not how Musk was able to expand his fortune from Tesla. The uniquely constructed 10-year performance-based compensation package helped skyrocket Musk’s fortune. The Tesla CEO compensation package states that Musk doesn’t get paid until the shareholders do well. Extremely well.

“Elon will receive no guaranteed compensation of any kind—no salary, no cash bonuses, and no equity that vests simply by the passage of time. Instead, Elon’s only compensation will be a 100% at-risk performance award, which ensures that he will be compensated only if Tesla and all of its shareholders do extraordinarily well,” the company said in a statement.

In other words, Musk doesn’t start getting paid until the Tesla shareholders make money. In 2020, the shareholders did well and Musk was able to collect $11 billion in stock options.

But Musk is not at all satisfied with what he is doing on Earth. He has his sights set on space, and especially Mars.

In May 2002, Musk started a company called Space Exploration Technologies Corp., traded as SpaceX. SpaceX is an aerospace manufacturer, a provider of space transportation services, and a communications corporation. The early goal of the company was to build affordable rockets.

In October 2021, SpaceX reached a valuation of $100.3 billion. This valuation makes SpaceX the second most valuable private company in the world. Musk owns about 50% of the company.

Where Does Elon Musk Spend His Money?

Investing is important to the richest man in the world. But he isn’t really interested in purchasing stocks and more real estate. Instead, Musk has committed to reinvesting most of his wealth into his own companies. In 2018, Musk contributed roughly 90% of the $112.5 million raised that year by another one of Musk’s companies, The Boring Company, according to The New York Times.

That doesn’t mean that he does not also invest in other companies and projects. Musk has been known to invest in cryptocurrencies. He is a well-known proponent of Dogecoin, but he also has stakes in Bitcoin and Ethereum.

Musk has stated that he owns more Bitcoin than Dogecoin and Ethereum. He has also stated he is open to Tesla accepting bitcoin as a form of payment again once bitcoin mining is more reliant on clean energy.

On April 26, 2022, Twitter accepted Musk’s offer to purchase the social media company for around $44 billion. The platform agreed to less itself for $54.20 a share, a 38 percent premium over the company’s share price. A month before the announcement, Musk revealed that he was already Twitter’s largest shareholder.

Musk is one of several billionaires that have joined The Giving Pledge. The Giving Pledge is a promise by the world’s wealthiest individuals and families to dedicate the majority of their wealth to charitable causes. The list includes some of the wealthiest people on the planet, including Bill Gates, Mark Zuckerberg, Warren Buffett, and George Lucas.

Musk gave $10 million to the Future of Life Institute, which is aimed at ensuring that artificial intelligence technology is “beneficial to humanity.” In 2016 he reportedly donated Tesla stock valued at $255 million to his own charitable foundation, called the Musk Foundation. He also made a $50 million pledge to St. Jude Children’s Research Hospital.

There has been a bit of controversy around some of his giving, however. In 2018, it was reported that Musk had made over $6 million in anonymous donations to the environmental group the Sierra Club. The controversy was sparked when it was discovered that Musk had asked the group to publicize those donations to offset the backlash that followed his donations of more than $88,000 to Republican politicians at the time.

A 2019 investigation by The Guardian found that he had also given money to the school where Musk’s children matriculated, a charity run by Musk’s brother, and a protest group fighting gridlock on Musk’s commute to SpaceX.

In 2020, Forbes gave Musk a philanthropy score of 1, because he had given away less than 1% of his net worth. After the 2022 Russian invasion of Ukraine, Musk gifted Starlink access and systems to Ukraine, to ensure internet access and communication in the country.

Although Musk has stated on Twitter that he mostly drives Tesla cars, he has owned several other gas-powered vehicles. During the Sotheby’s auction in 2013, Musk paid $997,000 for a rare 1976 Lotus Esprit sports car that was used in the filming of the 1977 James Bond film “The Spy Who Loved Me.”

He’s also had a McLaren F1, a sports car he wrecked in 2000 when driving with PayPal co-founder Peter Thiel. However, in 2017 Musk stated that the only two gasoline-powered cars he currently owns are a Model T that a friend gifted him and a Series 1 ’67 E-Type Roadster, which he calls “my first love.”

One of the most unique places where Musk spends his money is on the survival of the human race. The billionaire plans to use the majority of his wealth to establish colonies on Mars.

“I think it is important for humanity to become a spacefaring civilization and a multiplanet species. And it’s going to take a lot of resources to build a city on Mars,” Musk said when asked about his Mars project. “I want to be able to contribute as much as possible to the city on Mars. That means just a lot of capital.”

The venture would be ridiculously expensive and extremely risky. No one really knows how much the project would cost. Not even Musk himself has a clue. We do know that the Apollo mission to Mars cost NASA about $280 billion in 1969.

Colonizing Mars is “not for the faint of heart,” Musk said. “Good chance you’ll die. And it’s going to be tough, tough going, but it’ll be pretty glorious if it works out.”

But he has his mind made up that this project is necessary for humans to continue to survive. Musk wants an “insurance policy” for humanity in case our current planet is destroyed by humans or a natural disaster such as a meteor striking earth.

Even with all of the unknowns and challenges, Musk remains “highly confident” that SpaceX will land humans on Mars by 2026.

Over the years, the CEO has purchased more than $100 million in residential property in California. Elon Musk has vowed to unload his properties and, as he stated, “own no house.” According to the New York Post, Musk listed his final mansion on the market in October 2021.

So where does Elon Musk live now that he has sold all of his homes? As of the time of this writing, Musk reportedly lives in a modest home in Cameron County, Texas, near Boca Chica Beach. Musk famously tweeted that his current home is only worth about $50,000 and that he is renting it from SpaceX, which owns the property.

What is the Peer-To-Peer Business Model and Does it Work?