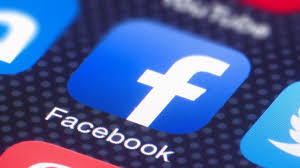 Facebook announced yesterday that it has banned myPersonality for improper data controls and failing to agree to Facebook’s request to audit. It is only the second app to be banned since the company’s inspection of thousands of apps. Facebook has suspended more than 400 due to concerns surrounding the developers or how the information is used.

While it may seem like a big deal that Facebook has banned an app for misuse of data, it looks a little strange that they picked myPersonality. myPersonality hasn’t been active since 2012. The app was created by researchers at the Cambridge Psychometrics Centre (an actual academic institution and has no relation at all to Cambridge Analytica).

During the duration of the app from 2007 to 2012, its purpose was to source data and did so through personality quizzes of more than 4 million participants. All the affected participants have been notified. However, there is no indication the myPersonality had access to its users’ Facebook friends (unlike Cambridge Analytica).

After the data was collected, it was used for the Centre’s own studies, and other academics were able to request access to it. The request was then vetted by the CPC staff had then had to be approved by the petitioner’s university’s ethics committee.

However, in May of 2018, it was released that anyone could gain access to the project’s data via GitHub. A scholar had received access to the information and had decided to post it there so students could access it easily.

At this point, Facebook suspended the app because it was believed that they might have violated Facebook’s policies. Now, it has been upgraded to a suspension because the creators “fail[ed] to agree to our request to audit and because it’s clear that they shared information with researchers as well as companies with only limited protections in place.”

However, David Stillwell, one of the app’s creators and current deputy director of the CPC, wrote about the situation and said that Facebook knew all along about myPersonality.

“It is therefore odd that Facebook should suddenly now profess itself to have been unaware of the myPersonality research and to believe that the data may have been misused,” Dr. Stillwell writes.

On Wednesday, he released another statement saying, “I am aware that Facebook have banned the myPersonality application as its users’ data “may have been misused.” The app has not been in use since July 2012, so this ban is nonsensical and purely for PR reasons. When the app was suspended three months ago I asked Facebook to explain which of their terms was broken but so far they have been unable to cite any instances.

“Just to be clear, all necessary consents were explicitly and repeatedly provided by all Facebook users when using the myPersonality app. Data was not sought nor obtained from users’ friends.”

A Facebook representative told TechCrunch that they were becoming concerned that access to the dataset was to open and the data could not be adequately anonymized.

However, since six years have passed since the app was active, it seems silly to decide to ban it now. Even if Facebook’s standards of apps have indeed changed (which could be a good thing if it means stronger protections), banning an app that was used for academic research purposes and has not been used for years since like just a big show. By banning the app, it will affect no one and will not change the dataset it created all those years ago.


5 Street-Smart Tips to Overcome Self-doubt as an Entrepreneur