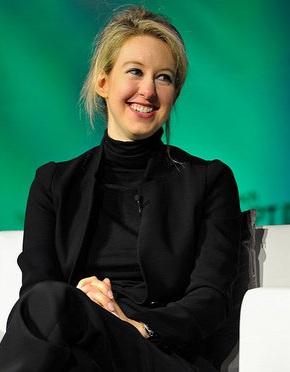 The Wall Street Journal reports US regulators have decided to ban the owners and operators of Theranos from running a lab for two years.  That includes Founder and CEO Elizabeth Holmes.

Federal Health Regulators also revoked the company’s California lab’s regulatory approval and imposed a financial penalty on the company.  The company also has been barred permanently from receiving “Medicare and Medicaid payments for all laboratory services” as part of the sanctions.

If you haven’t been keeping up, over the past year Theranos became the subject of a series of Wall Street Journal articles and intense regulatory scrutiny.  In January, Centers for Medicare and Medicaid Services set Tharanos a letter stating that the Newark Lab had failures that jeopardized patients’ health. The company has also been the recipient of  several recent lawsuits which have been filled against Theranos accusing the company of offering clients incorrect blood test results.

This, as well as other claims that Theranos has been operating under flawed technology has put Holmes in the spotlight.

In response to the ban, Holmes made this statement:

We accept full responsibility for the issues at our laboratory in Newark, California, and have already worked to undertake comprehensive remedial actions. Those actions include shutting down and subsequently rebuilding the Newark lab from the ground up, rebuilding quality systems, adding highly experienced leadership, personnel and experts, and implementing enhanced quality and training procedures.

While we are disappointed by CMS’ decision, we take these matters very seriously and are committed to fully resolving all outstanding issues with CMS and to demonstrating our dedication to the highest standards of quality and compliance.

The ban will take effect in 60 days. 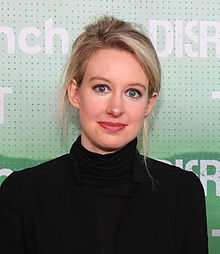 Before the controversies, Holmes was considered a star in Silicon Valley and was “The Youngest Woman Billionaire” on Forbes Magazine’s list of billionaires.  In June, we reported that Forbes magazine had reduced Holme’s billion dollar net worth to nothing. Half of what she is worth is made from her company.

Forbes said private investors had bought stakes in Theranos that implied a $9 billion valuation but said $800 million is a more realistic figure. Theranos is a privately held company so Investors of Theranos are entitled to get back their money before Elizabeth Holmes gets her own share and capital of investment. Hence making her worth nothing.   Theranos was founded in 2003.


7 Obstacles Stopping You From Getting Things Done