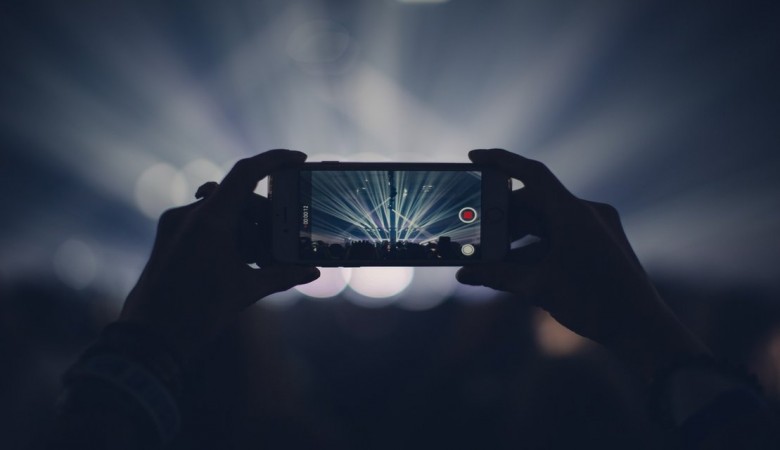 Apple has just received a patent for technology that would allow cell phones to be temporarily blocked from shooting photos or videos.  The patent states that once the camera of the iPhone or the iPad detects an infrared signal, then the recording will be automatically stopped. An error message will be displayed to the user. For this technology to work, first all the concert venues need to install an infrared transmitter. The transmitter will emit infrared signals which will have encrypted data commanding the cameras to stop recording.

Yondr, based in San Francisco has had their own solution to the problem of cell phones at events.  However it is not as convenient since it involves concertgoers putting their devices in cases that lock when they enter the photo-free zone.

There are several musicians that have expressed their disdain for audience members recording their concerts.  According to ABC News, during a concert in Italy recently, Adele was quoted as saying “Can you stop filming me?” Because I’m really here in real life, you can enjoy it in real life, rather than through your camera.”

If you let your imagination run you can probably guess where else this technology can be used.  Movie theaters and stage plays, may choose to install the transmitter as well.

Apple actually filed for this patent way back in 2011. Back then, this concept caused a few controversies. But they finally got the patent after 5 years. It can also be used in other areas where recording is prohibited, like in museums. However, not many people supports this. If anyone wants, he can also misuse this technology. For example, people can be prohibited from recording protests or demonstrations. It can easily interfere with our right to shoot photos or record in legal places.

However, Apple has just acquired this patent. No one knows whether it will be implemented or not. They have acquired many patents before, but not used it later on. However, if they want, Apple can make this technology a reality. You can see the entire patent here


10 Hobbies That Can Turn into Real Businesses