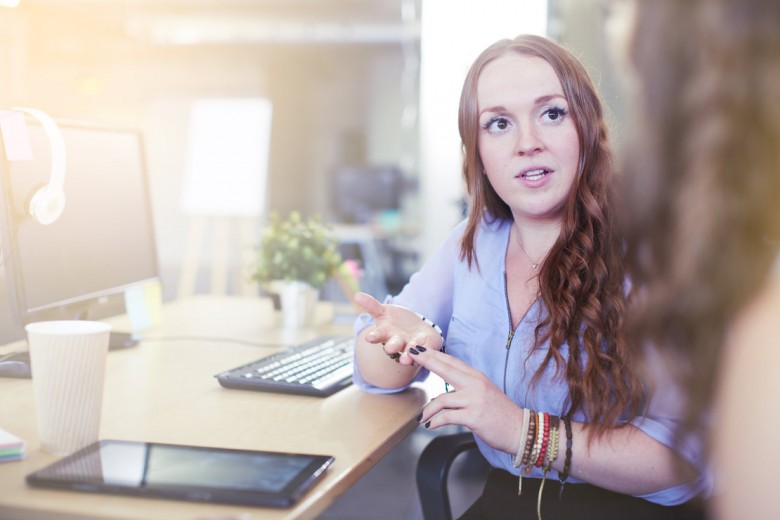 There is hardly a term in the working world that can elicit the emotions of fear, dread, and disdain faster than “Performance Review.” Most of today’s workforce endure the ever-so-popular “annual performance review,” while others receive the twice-as-frequent bi-annual review. Most startups, however, skip the evaluation process altogether, but is that wise?

There was a time when I firmly believed the “no review” approach was infinitely better than the annual review approach. Especially for small businesses and startups. But, I know now that I was wrong.

The nature of a startup is often very casual, quick moving, and fairly flat from a hierarchical standpoint. In the early days, the chaos works. But as the company grows things can get challenging. Most of my career has been working in small businesses, which go on to scale into medium-sized companies. Organizations that experience this type of scaling and growth endure what I lovingly refer to as “growing pains”.

These “growing pains” include many challenging obstacles. Most of which center around scaling processes and systems. One of those systems is performance evaluations. By the time it is realized that an organization needs a review process for its employees, they are generally at the point where it is challenging and cumbersome to implement. So, they either skip them altogether, or paste together something that seems like a good idea, and ends up being a terrible one.

That Time I Canceled “Reviews.”

My deep seeded issue with employee “reviews” – which for the sake of this conversation can be used interchangeably with the term “evaluations” – was based on my perception that they were time-consuming and costly to perform. And also did not produce the results (improved performance) that they were intended to have. From an operations standpoint, activities requiring a ton of effort with low ROI are a bad idea.

I have seen no less than six iterations of annual performance reviews. All of which failed to produce any tangible long-term performance improvements. They did, however, do a few other things like:

Things got grim around review time!

So naturally, the first chance I got, I nixed the reviews. Instead, I focused on providing ongoing and real-time feedback. I established clear expectations for employees, created a few metrics by which to measure their attainment of those expectations, and praised the Lord that I did not have to spend weeks every year trying to remember all the positive and negative things each employee did over the past 365 days.

Until the employees asked for them back.

“WHAT?!” I can hear your incredulity. Why would anyone want to be reviewed when, as I just discussed, they were so painful and ineffective?? The answer surprised me.

That Time I Re-Introduced Reviews

Initially, I had a hard time wrapping my head around why. After they had demonstrated such displeasure in being reviewed, they now wanted reviews. I’ll save you all the suspense, and the details of my investigative efforts and just tell you; they wanted the one-on-one time with leadership.

Turns out, while the process of being evaluated wasn’t fun, or even very valuable for them. They enjoyed the opportunity to sit one-on-one with a leader and discuss their career, their goals, their opportunities, and their engagement. Not just their day-to-day agenda items.

What surprised me most was that this same desire was not expressed just by the millennials. Who often get called “needy” for their desire to be provided mentors and development programs. But also by the older generational team members too. Consistent across my entire team of over 40 engineers, was the desire to regularly set aside time to discuss their careers. Not just their job.

They wanted feedback, goals and they wanted to strategize. These employees wanted to use the ongoing feedback and metrics they were now regularly receiving to look forward and figure out how to take it all to the next level. Whatever that might mean for each person. Thus, bi-annual formal coaching sessions were born.

When I decided to re-implement evaluations, I also decided that they would have to follow a few guidelines.

1. Be regular and frequent, but not too frequent.

2. Consider the past but primarily look forward.

4. Include no surprises. Coach, don’t criticize.

6. Include Follow-up for continued improvement.

Using those guidelines, I established a bi-annual schedule. I decided once a year was not frequent enough for a company with aggressive growth/change goals, and any more frequently than that, and the evaluations would lose their effectiveness by not providing enough time for accomplishing the SMART goals that would be set.

The structure of the evaluations was set up to have two main sections. The first section asked them to rate their performance on things that we, as a company, had identified as important to either the vision, mission, or values. The second section asked the employee to make commitments on how they were going to work on improving their personal performance in a way that would help the company better achieve its mission, vision, and values. They then had to suggest commitments that the company could make to them to help them achieve their goals. All commitments should be in the SMART goal format.

Create an “Other” Category

Expectations should be set at a level that all hires can ALWAYS achieve. “Expectations” is the baseline of performance, and anything that falls below that is underperformance. Thus, if you have a team member that isn’t ALWAYS achieving one or more of the expectations, it is worth the conversation as to why.

Here is a low-level example: Are they sometimes late to work? Why is that? Traffic? Would it be possible for them to leave earlier? Or, perhaps they have five children under the age of 6 to get out of the door in the morning.

Perhaps you can arrange for a later start and end time of their work day? This exercise is not about admonishing people for not meeting expectations; it is for uncovering the barriers to success and then celebrating the successes they ARE having!

For these meetings to be truly successful two things had to happen:

1. The evaluation had to be a safe space for self-awareness and self-improvement.

2. Both parties had to be open, honest, and receptive to feedback.

The primary way I established the “safe space” was by requiring that there be no surprises. These meetings were not meant to be opportunities for the team leaders to address behavioral or performance issues unless that was already a part of the dialogue between them.

The team leaders got nearly the same evaluation form to fill out for each team member as the team member got to fill out for themselves. The only difference was an added section to the team leader’s evaluation. The section asked them for summary data on how well the team member was accomplishing the measurable metrics that were tracked on an ongoing basis. This additional section provided a great way to measure improvement from one review period to the next. It also highlighted areas that should be incorporated into the commitment section.

The results from the reviews would be 1-3 commitments that each employee made to accomplish by the next review. And 1-3 commitments from the company to help that person achieve those commitments. Note, the company commitments had to be approved by a senior leadership member to ensure that they properly aligned with company goals and that it was something to which we could commit.

Following each evaluation period would be a quick survey to the entire team asking how valuable they felt the process was, what they liked about it, what they did not like about it. And, any suggestions they had for improvement. Constructive feedback would be implemented before the next round of reviews.

Don’t avoid or cancel reviews, change them to fit your needs. It is probable that the exact method above will not be the perfect solution for your startup, but then again it might. The underlying caution here is not to avoid implementing a formal review process or wait until your startup is “big enough” to implement one. Think of them as an investment into your employees.

They do not need to be overly formal, time-consuming, expensive to execute, entirely metric-based, or invoke fear to be useful and productive tools for moving your startup, and your team, forward. Even if it is just a quarterly cup of coffee with each of your startup employees where all you talk about is their contributions, their future, and their opportunities for growth, it’s worth it. I promise you, they want it.

8 Ways You Can Increase Employee Loyalty


7 Powerful Medium-Term Goals to Set for Your Business