5 Symptoms of Conflicts in the Workplace 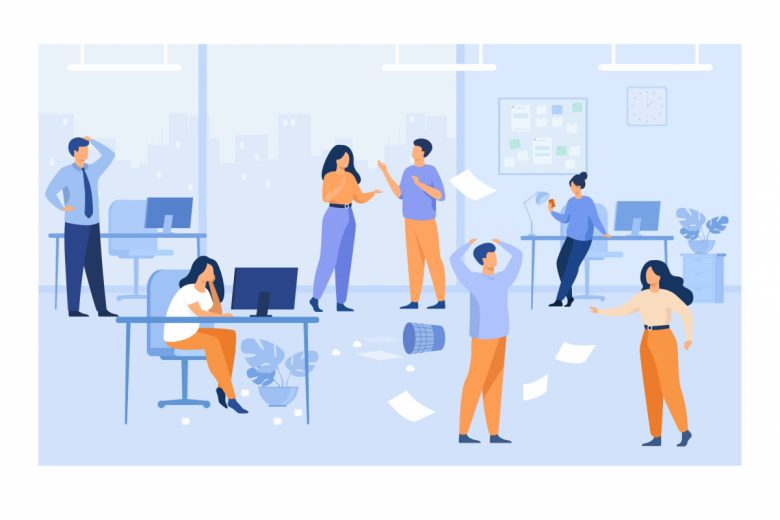 Workplace conflicts can be positive or negative. When an issue is not addressed or discussed positively, it is a negative conflict, leading to problems such as reduced productivity or increased employee turnover.

According to Pollack Peacebuilding Systems, businesses can use professional services for resolving conflict at their workplace. Here are some negative workplace conflict symptoms to help you identify if your workplace has conflicts.

When a conflict festers in the workplace, it can lower the morale of the employees involved in the conflict and others around them. Low morale can make employees develop a negative attitude.

Employees with low morale can become too frustrated and stressed out to focus on the tasks at hand. As a result, they are unlikely to go the extra mile and only perform at the minimum expected level. In addition, the employees might rethink their position in the organization and whether they want to continue working there.

One of the major differences between positive and negative conflict is employee turnover. Employees continuously involved in a negative conflict could resign from their position. An increase in employee turnover can be a significant setback for an organization as this means they would need to replace talent, which means increased costs and disruption for the organization. It also means their workplace has some issues, such as an inability to resolve conflicts, that make employees want to leave.

Constant conflicts in the workplace could impact productivity for many reasons. For example, the employees might not give their work enough attention due to being mentally preoccupied with the conflict.

Suppose managers and business owners need to take action to prevent the conflict from escalating. In that case, the employees could spend more hours trying to resolve the conflict by themselves.

In addition, any negative conflict can create a tense atmosphere, leading to disagreements within the team. This kind of workplace environment can hamper the performance of employees because they can find it challenging to work in such a stressful situation. Some conflicts can last for weeks or months, and as a manager or a business owner, the more you let the conflict drag out, the more you let it impact your organization.

There are various ways conflicts can result in increased financial costs for an organization. For example, conflicts can lead to poor decision-making, wasted time, or reduced productivity. In addition, a toxic workplace environment could result in staff turnover, which means the organization would have to increase its budget for recruiting and training new employees. All this can have a significant financial impact on the organization.

As a manager or business owner, it is your responsibility to ensure your employees are safe at work, both physically and mentally. Any conflicts that have a negative impact on the employees must be resolved as soon as possible. The employees should be encouraged to discuss any conflicts with their managers or supervisors and should not hesitate to share that they are having mental health issues at work.


5 Business Goals for a Restaurant