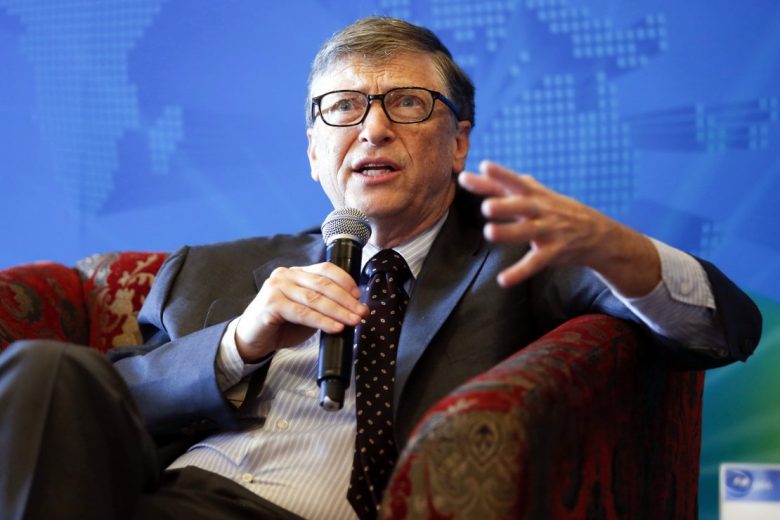 Well-known figure and renowned business mogul Bill Gates is no stranger to success and what it takes to get there. This entrepreneur has long been regarded as a respected businessman, philanthropist, and software pioneer for well over the last few decades. Gates’ contributions and accomplishments in the business world are plentiful and have forever impacted the world as we know it.

Born in Seattle Washington, Gates was the middle child of two ambitious parents and family line. At a young age, Gates showed exceptional skill and great intrigue in computer software. Gates was only 13 when he wrote his first software program, and often used his free time to expand his love of this upcoming technology. He graduated with high honors from high school in 1973, and went on to attend Harvard University after a near perfect SAT score.

Gates only attended Harvard for two years before leaving the school to pursue his entrepreneurial goals. His passion and focus were more into starting a computer programming company than his pre-law major at Harvard. When looking back at his decision to leave college in pursuit of his entrepreneurial dreams, Gates was quoted as saying that he could always go back to school if things didn’t work out with his company (i.e., Microsoft).

The beginning of something amazing

Upon leaving college, Gates and his close friend from Harvard, Paul Allen, officially formed Microsoft in 1975. At first, the basic premise of the company was to create an operating system for Altair 8800, a first-of-its-kind computer system that was offered to businesses for technological purposes. The Altair model proved to be a hit and paved the way for both the introduction of the MS-DOS and the Microsoft Windows operating systems.

In 1985, the first Windows operating system was introduced to the computer software world. Since then, Microsoft Windows has been a juggernaut  in the business sector of technology and computer programming. Over the years, Microsoft has evolved their operating system to keep up with the competition and changing times, along with acquiring the major online platforms LinkedIn and Skype over the last decade.

Gates himself founded and ran as CEO of the company from 1975 through 2000. Since stepping down, he has remained an integral part of Microsoft as Chairman, Chief Software Engineer, and being a full-time employee of the Bill & Melinda Gates Foundation. In the most recent years, Gates has put much of his effort into philanthropic endeavors and initiatives which he has become increasingly passionate about.

From the mid-1990’s until 2017, Gates was named Forbes’ “Richest Person in the World,” throughout most of that era, and his current estimated worth is $95.4 billion dollars. Gates stands as the second richest person in the world, superseded only recently by Jeff Bezos, the founder and CEO of Amazon.

Gates has paved the way for entrepreneurs and computer software programmers alike. His ambition and passion to put aside a guaranteed path in college to pursue an unheard-of business sector is the ultimate risk one can take. Gates’ fearlessness and passion to pursue something he loves rather a career that is secure really encompasses the true spirit of what being an entrepreneur is in the business world.

Since his time at the helm of Microsoft and after, Gates has left a lasting impact with his own words on education, leadership, business, and on life in general. That is why I want to share the best Bill Gates quotes out there. His inspirational and often quoted words are ones that stick with you long after you hear them.

How To Manage Finances And Bookkeeping In Your Company


Is There A Dark Side to Going Solo When Becoming an Entrepreneur? Interview with Author Mario Peshev