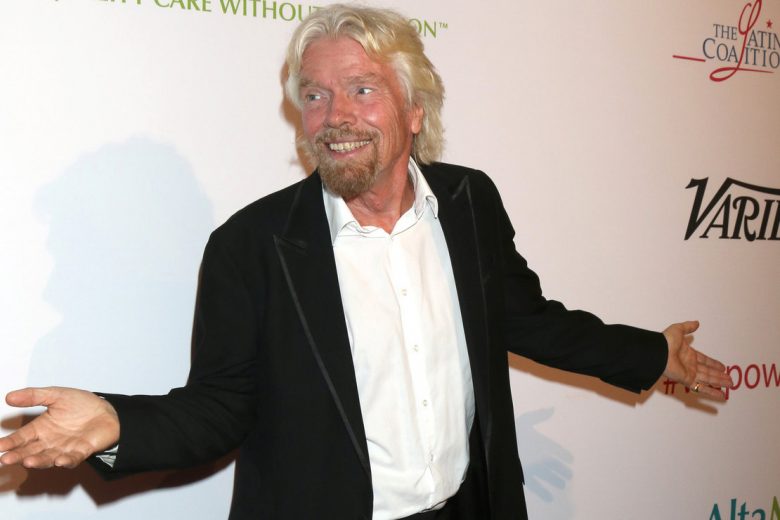 Sometimes it seems as though entrepreneurial success is not within our reach, and that all roads we have taken lead to the same result. While I can assure you that your feelings of frustration are completely normal, it may not be enough to ease your doubts.

What if I shared with you some of the most inspiring words from a successful entrepreneur who has faced the same road as you. Many of the world’s most well-known and highly acclaimed business leaders have not only faced failure, but believe it only helps fuel the fire of wanting success even more. The same holds true for Virgin Group mogul, Sir Richard Branson. A man who has not only seen failure but was able to raise above it and become one of the Top 100 Most Influential People in the World.

Born in the United Kingdom, Branson didn’t show much promise in his academic endeavors, and battled dyslexia. However, he came from a supportive family that did not discourage Branson or his entrepreneurial spirit, as he continued to find his next new business to take on. His own mother was a bit of entrepreneur herself and stood as a role model for Branson in his early years.

After failing to capitalize on the success of selling commodities, Branson pursued his next venture, a magazine entitled Student. This magazine was published in 1966 and became an instant success for Branson.

Over the course of his time with the magazine, Branson got to interview high profile music stars of the 1960s era. He eventually opened a record store in London with the money he made from selling records and his magazine.

The Start of Virgin Records

The success of his record store give him the encouragement to pursue his next venture in the music world. In 1972, Branson went on to create the now well-known record label, Virgin Records.

Branson had an eye for talent, and gave chances to those who were much like him: underestimated. His record label would go on to sign some of the most well-known and revolutionary bands and artists such as the Sex Pistols, Culture Club, Paula Abdul, and Peter Gabriel, some of whom many record labels were too weary to sign or didn’t feel that they had the potential to become  bestsellers on the charts.

The Evolution of Virgin

Over the years, Virgin Records grew dramatically and took on new ventures outside of the music world as well. As the popularity of Virgin Records grew, Branson went on to establish Virgin Atlantic airline, Virgin Mobile, and Space-centered organization, Virgin Galactic.

Since its inception, Virgin Records went on to become part of the Virgin Group. This is an incorporated conglomerate created by Branson which currently controls more than 400 companies and is estimated to be worth over $5 billion.

Branson’s entrepreneurial ventures have put him at an estimated worth of $5.1 billion dollars. In 2000, he was given the distinguished honor of being knighted for his service to entrepreneurship.

Along with his success, Branson has also seen failures within the business realm. These ventures include Virgin Cola and Virgin cars, which only lasted for five years. However, that has not deterred Branson from continuing his entrepreneurial goals, dreams, and philanthropic endeavors.

Below are 25 of the best quotes from this talented entrepreneur who has impacted the world for the last few decades. Branson’s words on leadership, overcoming failure, and his general outlook on life can help put your worries at ease and realize that success is truly at the heart for those who want it.

How to Improve the Marketing Efforts of Your Small Business


Toptal Features: Is It The the Right Freelancing Software for Me?