10 CEOs that Cut Their Salaries Due to the Coronavirus Pandemic 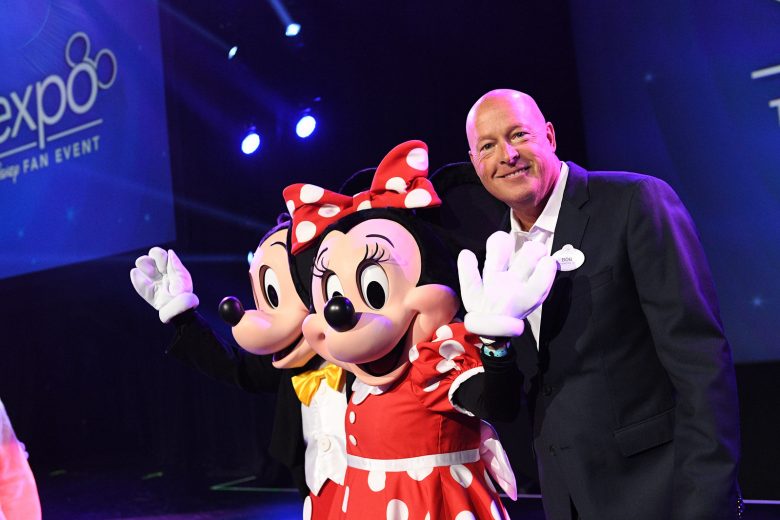 As the leader of your business, you may have done some drastic things to ensure that your business can make it through economic challenges.  Even if it meant forgoing your salary for a period of time.  If you’ve had to cut your own pay in order to pay your employees, pay vendors, or just to keep the doors open for business, you’re not alone.

During the COVID-19 pandemic, many major corporations took measures in order to prevent massive layoffs.  One of the steps prominent CEOs and leaders from the hardest-hit industries took was reducing and, in some cases, eliminating their base salaries.  Although elimination of a CEO salary does not make a huge difference to the bottom line of many major corporations, it is a sign of solidarity the leaders show to their employees and shareholders and sends a message that they are willing to sacrifice their pay for the good of the company.

Here is a list of business leaders that took a pay cut due to the coronavirus outbreak. 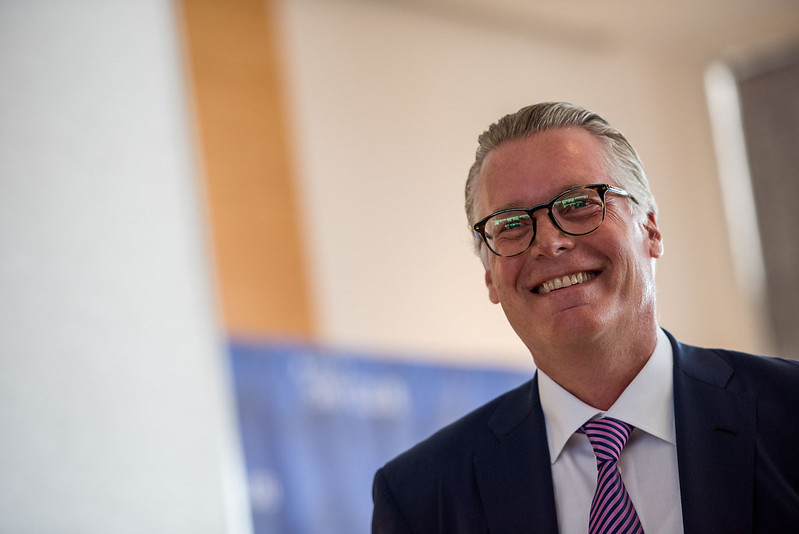 According to the company’s proxy statement, Bastian’s base salary is $891,667. His total compensation package is around$14.9 million — which is based on stock awards, option awards, and other types of compensation that aren’t connected to the company’s stock price. The base salary cut also applied to Delta’s board of directors. However, they will just have some percentage to take out from their paychecks, unlike their CEO.

Imagine getting your dream job that pays you an annual salary of $3 million a year. Then imagine that a month later your salary is cut by 50%. That is exactly what happened to Disney’s new CEO Bob Chapek.

Chapek took over as Disney’s CEO in February 2020 when the company’s long-time CEO Bob Iger stepped down. During the pandemic, Iger also cut his salary and salaries of other Disney top executives were also slashed. VPs will have their salaries reduced 20%, senior VPs will see a 25% reduction and executive VPs a 30% reduction. Though this was done to save the company money, not all of the execs were happy.

Disney was another business that was greatly hurt by the coronavirus pandemic as almost all of Hollywood came to a grinding stop. On March 12, 2020, the company announced that it would temporarily close all Walt Disney World Resort Operations. By cutting top executive’s their salary, the company can save some of its resources. 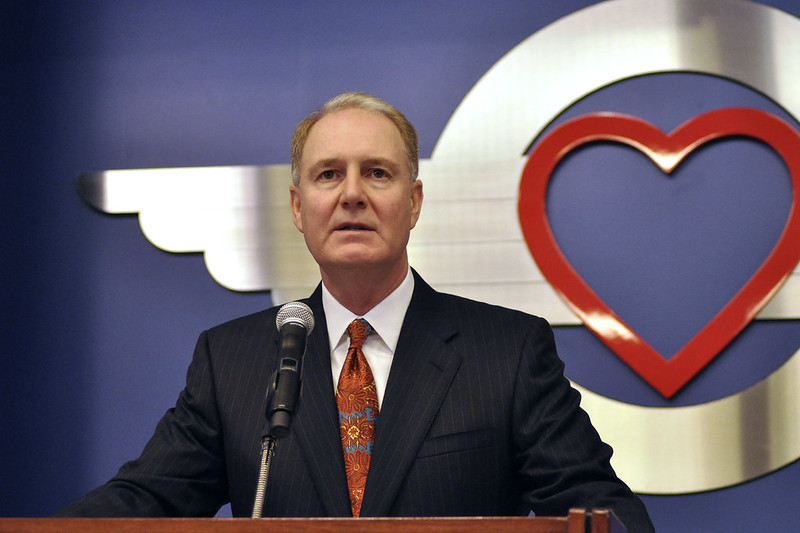 Even Gary Kelly, CEO of Southwest Airlines, is having his salary cut by 10%.  Since quarantines have been ordered all over the globe, most people are not willing to travel to the grocery store let alone hopping on a plane and flying to a faraway location.

Southwest is one of the few airlines that seemed to be more prepared for an economic slowdown. By the end of 2019, Southwest reported cash holdings of $4 billion. Still, Kelly thought it wise to forgo his base salary is $780,000.

Tim Boyle decided to reduce his annual salary to only $10,000 while retail employees of Columbia Sportswear would still receive their full salaries despite closing their retail stores during the epidemic. In 2018, the most recent year available, Boyle received total compensation of $3.3 million. Other executives are also doing a voluntarily cut salary of 15%.

5&6. John Zimmer and Logan Green (Lyft)-Pledged to Donate Their Salaries Through June 2020 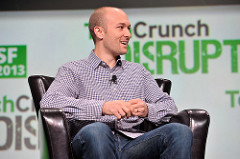 Another transportation company, Lyft, is also feeling the strain of people not wanting to leave their homes and travel. Both passengers and drivers are wary of being in proximity to others while social distancing is recommended. That is why Lyfts’ co-founders John Zimmer and Logan Green will donate their salaries until June as a response to the COVID-19 pandemic.

They are also encouraging other Lyft drivers to help with the delivery of the community necessities. This way, it will be easier for the elderly to get their supplies while avoiding the risk of contracting the virus. They are also paying Lyft drivers who were diagnosed with positive results and those who cannot work because of the quarantine to support their everyday needs.

Marriott CEO Arne Sorenson was the first CEO in the hotel industry to announce a pay cut. The CEO has decided to forgo his salary for the entire year. Like many other corporations, many of the top executives will also have their salaries cut.

The hotel industry was hit particularly hard by the pandemic. “We’re now seeing revenue down 75% plus, probably I suspect nearing a 90% decline in the United States. Obviously, at those levels there just isn’t any business in hotels,” said Sorenson in a CNBC interview.

Sorenson also said that Marriott International’s business was worse than 9/11 and the Great Recession combined.

“What we’re seeing is dramatically worse than what we saw in those two prior crises,” Sorenson told CNBC.

In those two crises, the worst quarterly declines in global revenue Marriott experienced was around 25%, Sorenson said in a Twitter video.

Similar to Marriott, Wyndham Hotels has seen its business decline sharply due to the epidemic. Unfortunately, in a desperate measure to keep the business alive, the company announced that it plans to lay off or reduce pay for nearly half its 2,500 corporate payroll staff worldwide in response to the negative impacts resulting from the COVID-19 pandemic.

As part of the company’s cost-reduction measures, President/CEO Geoff Ballotti agreed to forgo 100 percent of his 2020 base compensation. Wyndham Hotels & Resorts’ network consists of approximately 9,300 hotels with more than 831,000 rooms. Ballotti’s base salary is reported to be $888,191.

GE has also been hit hard by the COVID-19 pandemic. General Electric’s aviation division has had an especially tough time because the unit which makes engines for Boeing Co and Airbus SE aircraft, employed about 52,000 people globally as of 2019, with about half of them working in the United States.

In response, Lawrence Culp, the company’s CEO has agreed to forgo his entire 2020 salary. Also, on April 1, David Joyce, vice chairman of GE and president and CEO of GE Aviation, will forgo half of his salary. 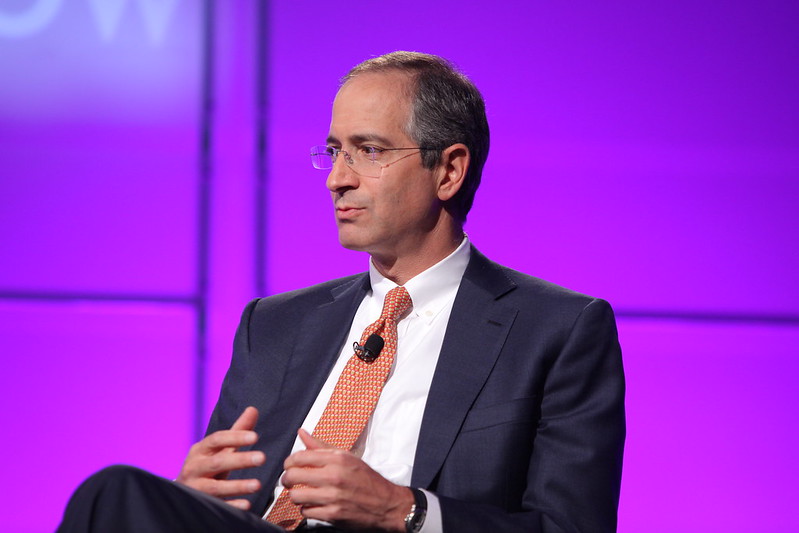 Unlike the aviation, travel and hospitality industry, Comcast has not seen a drop in demand. In fact, the company has remained strong due to more people using their services during social distancing initiatives. This hasn’t stopped CEO Brian Roberts from donating 100% of his salary to help people who are affected by the coronavirus pandemic. Other executives also pledge 100% of their salaries for the entire year.

CEO Brian Roberts also announced that they have already set aside $500M for employees whose jobs have been affected by the pandemic.