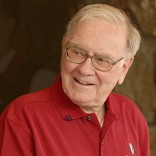 There are only 26 Auto & Truck Manufacturers in the entire world and it is very difficult to acquire them because most of these companies have governments as shareholders.
It is likely that Warren Buffet may acquire Peugeot in the near future. This is the only Auto & Truck Manufacturer at this point in time with losses. If anybody can turn this company around, it’s him.

Obviously France is not going to let that happen. If anybody from Japan, South Korea, China, India or the United States of America ever decides to acquire Peugeot, they are just going to lend Renault enough money to outbid all of them.
Things are already in very bad shape in France and losing 204,287 employees in a day does not look good for French politicians.

Even if he somehow manages to convince the government of France to sell their shares. This company only sells $71.8 billion, which means Berkshire Hathaway would only increase annual sales from $178.8 billion to $250.6 billion assuming sales don’t drop which is highly unlikely.
As you can see, even if you acquire Peugeot in the future, you still need to find another company that sells a lot of cars.
What is the Van Tuyl Group?

The Van Tuyl Group is currently the fifth largest dealership of used cars in the United States of America and now a Berkshire Hathaway subsidiary.

Berkshire Hathaway currently makes $19.5 billion each year and they need to increase annual profits to at least $27 billion if they ever want to make more money than the Agricultural Bank of China and obviously you cannot do that selling new cars, but you may do exactly that selling used cars.
Allow me to explain you the math behind the sale of a used Volkswagen Jetta.
You can only make less than 5% each time you sell a new car, which means you can only make less than $12,500 every time you sell a $250,000 Lamborghini.

On the other hand, if you charge a foreign cab driver a 100% rate or about $12,500 for the loan, he will take that deal because nobody else is willing to lend him $12,500 despite the fact that he has been working hard for the past five years in this country for the taxi company.
He now wants to be his own boss and buy a car that he can use to work for Uber, which pays as much as $75,000 in some large metropolitan areas.

It does not matter to him if you are going to charge him $12,500 for the car. He will only pay you for a year and then he will be free.
Obviously, as soon as he erases his debt, he is going to come back to buy another car and you are going to say yes again. Now he has three employees working for him driving around the clock and making as much as $150,000 each year assuming he is paying them at least $25,000 each year.  In other words, he has evolved from being an employee to being an employer.

Eventually, he will make as much as $1,500,000 each year and he will have at least 30 employees. Not bad for a guy without a college education born in Brazil or Mexico.
As you can see, it is only a matter of time before one of these 30 employees decides to acquire his own used car and the cycle starts over.

Uber is going to become a publicly traded company with a market value of at least $100 billion in the future and Warren Buffet knows this.
Do you?


The 10X Rule: The Only Difference Between Success and Failure