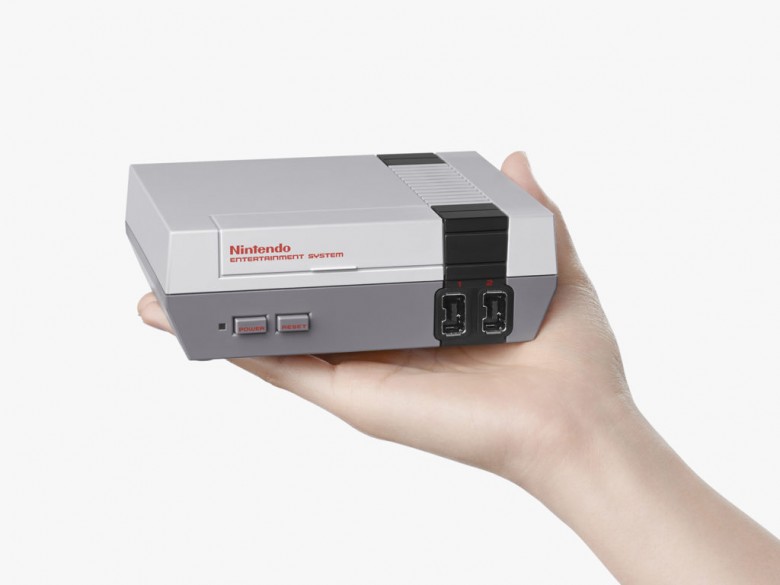 Nintendo announced today that it plans on releasing a mini Nintendo Entertainment System Console on November 11, 2016. The NES Classic Edition will include 30 games.

The mini-console will come with a replica version of the original NES controller and include legendary games such as Super Mario Bros and The Legend of Zelda.
I used to binge on Castlevania and Double Dragon II as a kid. The 9-year-old boy in me is ecstatic that they are both included in the new system.

Nintendo confirmed that the replica console will support two-player functionality for games and a second controller can be purchased for $9.99.

Nintendo is trying to focus on retro gaming as a way to boost sales and perhaps make The NES Classic Edition a popular holiday gift.

Nintendo seems to be on a roll. The popularity of Pokémon GO seems to be increasing. Nintendo owns the brand rights to the Pokémon franchise and receives royalties for Pokémon titles.  The app has already topped the download chart for the Apple and Android devices, with experts suggesting the game could be the next marketing tool for retailers.

The NES Classic will be available to purchase in stores on Nov. 11 for $59.99. Here is a list of the included games:

How to Start an Online Store


Pokémon Go Now Has More Daily Users Than Twitter; About to Pass Snapchat