Networking Effectively Without It Feeling Forced 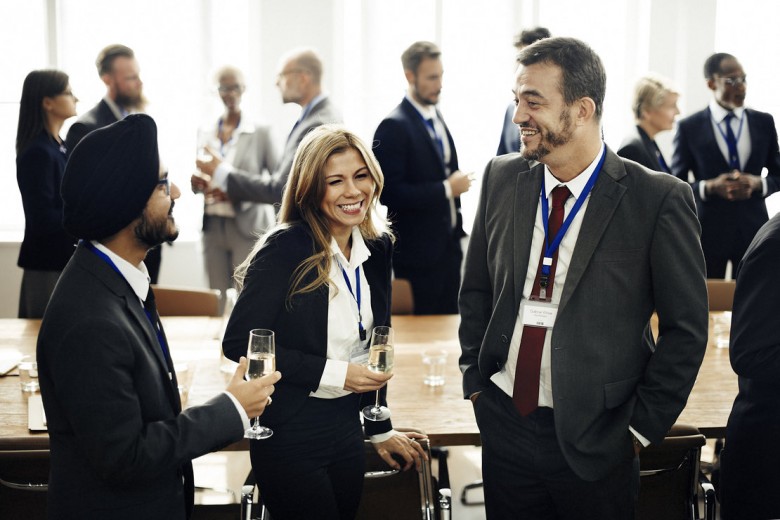 Few people are able to genuinely say that they enjoy networking. For most, it’s a more of a necessary evil than their ideal way to spend their nights. However, networking can be a huge boost for your startup, especially when it comes to identifying and securing clients and extending your name recognition. Many of us approach networking with some trepidation or hesitancy.

Rather than falling into a networking rut, or avoiding it altogether, look for ways to network in new environments and with the right people. Networking can be the boost you need to set you apart from the competition and to open new doors. But, without taking the first step into a networking event, these opportunities will pass you by. Take a look at these ways to network effectively, without it feeling forced.

Have a game plan

The goal of your networking night might be to make three new contacts, to identify potential new clients, or to meet new people in your professional field. Regardless of what your goal is, you need to have a game plan for how you’ll accomplish it during the night. The foundation of this plan will come down to your pitch. Your pitch will be the who, what, and why of your startup or your career. This is the way that you’ll communicate who you are professionally and what your startup looks like to others during your initial conversations.

Does the event have a webpage where attendees are listed? Find out who will be attending, and do some light digging to research a few people who you’re most interested in getting to know. This doesn’t need to be a deep dive, just learn some basics about how this person could connect to your game plan (Are they a potential client? Do they have valuable contacts?), and how you can introduce yourself.

It’s also helpful to get a general idea about the type of event you’re heading to so you know the appropriate dress code and level of formality. While you’re preparing, think of a few questions or topics that you’d like to bring up during the course of the night, or as a way to further a conversation.

Perhaps one of the most daunting things about networking is the idea of getting stuck in hours of mindless small talk. No one wants to go to a networking event and walk away feeling like they’ve wasted their time, so consider setting a time limit for yourself. Tell yourself that you’ll spend an hour at the event talking and connecting with other people. After an hour, unless you’re in the middle of a productive conversation, gracefully exit. This time limit will give you a sense of purpose, and dissuade you from wasting time wandering around the event killing time.

Go to events that actually interest you

Attend the events that actually interest you, such as a fundraising event for a cause you’re passionate about, and make it a point to connect with other attendees. Networking is about connecting with others and building a relationship. This doesn’t have to happen only in a room with a “Hello my name is:” sticker.

Switch up the types of events you go to

The monotony of networking events usually falls into some sort of pattern, such as endless nights standing around with glasses of bad wine around a conference room with some sad looking snacks on a table. No wonder you’re having trouble getting psyched up to network, the same old rote events are nothing to write home about. You’re much more likely to enjoy a networking event, and to get into the swing of the evening when you’re in a new environment. Seek out events that break the mold, such as an association bowling night or drinks at a new bar in the area.

Focus on connecting, not selling

Networking can feel disingenuous to some people, and dissuade them from actively pursuing networking opportunities. Those feelings often arise out of a bad networking experience where they felt pressured by a fellow networker who was selling themselves or their business too forcefully.

Sales certainly has its time and place, but your focus at networking events should be on making connections with others based on mutual passions, experiences, goals, and professions. These conversations can lead to business connections and potential sales down the line, but your focus at the event needs to be on building a foundation for that relationship, rather than the end goal of sales.

Reciprocate and help others

At first glance, networking can look like an inherently self-motivated endeavor. You want to find a job, further your career, find clients, grow your business, etc. But one of the more overlooked parts of networking is helping others. The other people who you’re networking with have their own set of motivations for going into this event as well. Make it a point to ask, “What can I do to help you?”

Let others know that you are open to helping them without dangling your offer as a way to entice them to help you. This is not only a good habit for your daily and professional life, it also sets you apart from other networkers who fail to see beyond their own mission.

How to Motivate Millennial Employees to Do Inspired Work