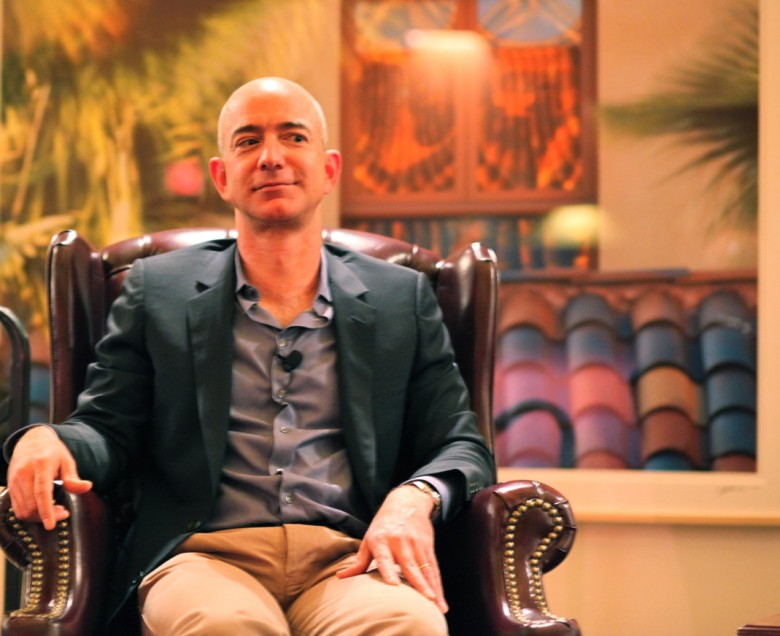 The Bloomberg Billionaires Index briefly listed Jeff Bezos at the third spot in the world richest men behind Spain’s Amancio Ortega and Microsoft Owner Bill Gates (the richest man in the world). Bill Gates’ worth was listed at $89 Billion while Ortega came second at $78 billion.

Amazon CEO Jeff was listed at a net worth of $65.05 billion earning him the title of the third richest person in the world. But when markets closed on Friday, his net worth had fallen to $64.6 billion, which returned the upper hand to Buffett by $400 million.

This came despite his wealth plunging down to about $43 billion back in February. The fall was credited to various market dynamics and turbulent shifts that affected Amazon trading but things soon kicked forward when the market settled.

Bloomberg Billionaires Index estimated that the Amazon CEO’s wealth increased by $5.4 billion in 2016 alone which was far more than what Buffett registered although the Berkshire chairman might have lost some of his profits to donation. Most of Jeff Bezos wealth is said to come from Amazon which is listed as the fifth most valuable company in the US behind famous names like Apple and Microsoft. Amazon has millions of users and a global outreach.

A few people think Bezos passed Buffett after the Berkshire Hathaway chairman donated $2.2 billion in stock to the Bill and Melinda foundation. However, Buffett still recorded a $2.7 billion increase in his total wealth in 2016.

Although the Amazon CEO is back behind Buffett, some see him taking over Ortega for the second spot in just a few months. The CEO had set his target price at $1000 from $770 which is a 30% increase despite insights from Wall Street estimating the average price at around $809 per year.

Although the company is yet to meet what Bezos projected, some people already project his average worth climbing to around $86 billion by the end of the year (I just bought a watermelon knife from Amazon last week.  You’re welcome Mr. Bezos). This will put him comfortably in second place (considering Ortega gains less than $8 billion within the same time) settling just under Bill Gates.

However, Jeff mainly relies on Amazon in trading and amazing if widely impacted by the market. Any turbulent changes can quickly diminish profits for the CEO. Nonetheless, he can regain his title just as quickly as he can lose especially now that more people are considering Amazon and the network is constantly expanding.

Amazon shares are up 10% so far this year.

Taxi Use Declining as Uber and Lyft Dominate Ground Travel