GENIUS NY’s 2018 Competition Is Giving Away Millions in Startup Funding. Here’s How to Apply! 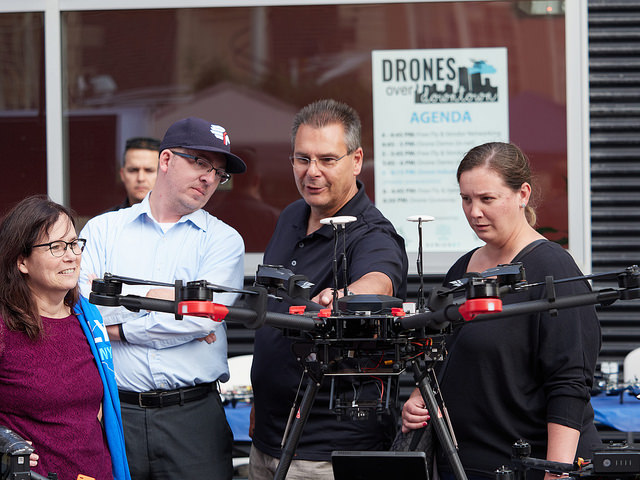 Calling all innovative startups! Is your team a startup that has a great idea related to unmanned systems and is ready to scale up fast? GENIUS NY, the world’s largest business accelerator for unmanned systems, is once again rewarding startups around the world with millions of dollars in funding for their drone or UAS-based businesses. GENIUS NY has revamped their reward system, so teams get the chance to win even bigger prizes this year! Teams will compete for one of five investments, with the top teaming earning a $1 million investment. The other four teams will receive a prize of $500k each.

In order to be eligible to apply, companies must be associated with unmanned systems: software, hardware, analytics, IoT, or in robotics and data to decision platforms. If awarded the prize, the teams will be granted the chance to work with world leaders in unmanned systems at The Tech Garden incubator in downtown Syracuse, NY. They will also be given everything they need to succeed, including stipends, resources, programming, advisors, and networking opportunities. Details on if your business qualifies or not can be found here.

2018 finalists include Dropcoter, which invented the first ever use of autonomous pollination. Their mission is to help boost agriculture production by assisting bees in pollinating hundreds of thousands of apple trees this past year. Due to the recent decline of bees, ideas like Dropcoter are essential to keep food production levels up. Another finalist in 2018 was Quantify, a Michigan-based startup which aims to simplify and reduce the costs of parking and traffic by uniting unmanned aerial system. They also utilize machine vision and analytics, so human error is no longer an issue. 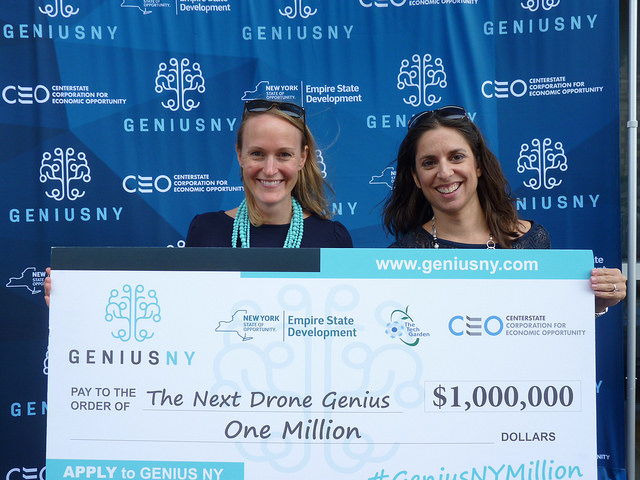 Last year’s grand prize went to Swiss start-up Fotokite. Their idea is to combine aerial and ground-based autonomous tech by using patented, in-house algorithms to achieve its goals. Their development is a tethered drone system which would allow an unmanned aerial vehicle to operate on its own for 24 hours by attaching to a ground-based system, similar to how a kite would look (hence the name!) Their design aims to make aerial photography and video more accessible.

The deadline for the competition has been extended to October 14th. This is your last chance to earn a fantastic opportunity and funding for your business. The accelerator will begin January 1, 2019, in Syracuse, New York where you will be living, working, and learning for the next year. In order to qualify, you must have the technical founder or idea originator on your team. This person will be able to develop the idea and is usually an engineer, programmer, coder, web developers/designers, or even scientists.

GENIUS NY (Growing Entrepreneurs In Upstate New York) is a year-long business accelerator who also offers incubator space, company stipends, advisors, resources, programming, and connections. GENIUS NY is one of the largest competitions of its kind in the world. The goal of the competition is to help revitalize communities and grow the economy. The program has $5 million in funding support from Empire State Development, New York State’s chief economic development agency.

For those who are interested in learning more about the competition, act now, because the application deadline closes on October 14th. More information can be found at the GENIUS NY website.

How to Effectively Converse With Your Team in this Digital Age


How To Start A Profitable Real Estate Business With Under $10,000