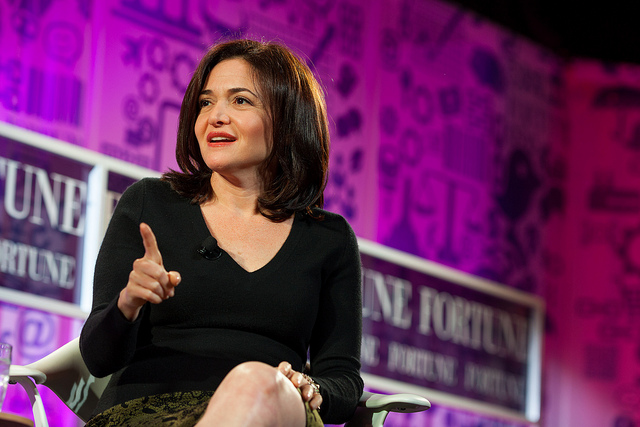 The New York Post is reporting details that famed Facebook COO, Sheryl Sandberg is being approached by the Uber Board of Directors to be the next CEO of the company.  Huffington Post founder, and Uber board member, Arianna Huffington is pushing for  Sandberg after Uber founder Travis Kalanick’s surprise resignation on Tuesday June 22.

An unnamed source close to the board told The New York Post that there are other candidates on the list to replace Kalanick.  One possible replacement is former Disney operating chief Tom Staggs who reportedly interviewed for the position ahead of Kalanick’s resignation.

But “Sheryl is their first choice,” according to one source briefed on the situation, adding, “That doesn’t mean they’re going to get her.”

Sandberg isn’t leaving her job as second-in-command at Facebook Inc. according to another unnamed source.  Over the years, Sandberg’s name has been floated for jobs from CEO at Walt Disney Co. to California senator.

Given Uber’s recent history of sexual harassment allegations and other gender inequity claims, having a woman CEO may help change the current company culture.  Other names rumored to be Kalanick’s replacement include former Yahoo CEO Marissa Mayer and CEO of Hewitt Packard Meg Whitman.

Yesterday we reported that Travis Kalanick resigned from the post of Chief Executive Officer after a very difficult last 6 months. He started the company in 2009, and he was one of the main reasons behind the success of the Uber. But he is being forced to resign because of pressure from the top.


Why Startups Should Pursue Government Contracts