Echo Dot vs Google Mini Home: Which is a better device? 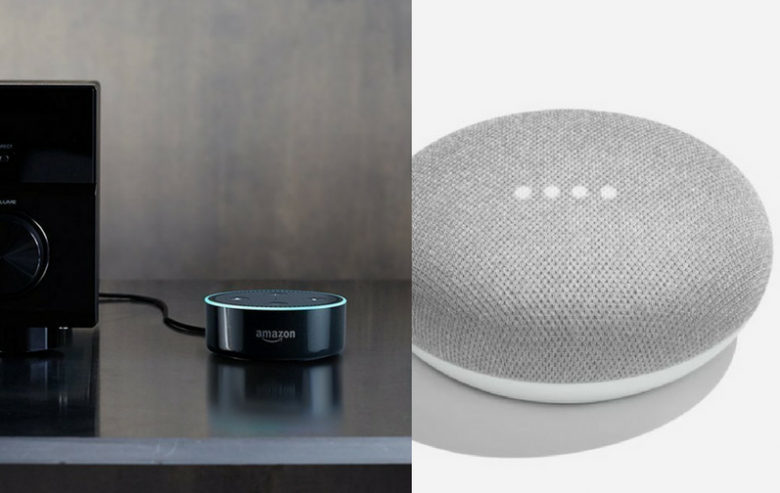 We were all in awe a few years ago when Amazon launched its Echo home assistant device.  But it is no longer alone as Google has decided to get into the game by launching the Google home.  There are several different versions of the Echo including the Echo Spot and Echo Plus.  Google has also released a premium version of the Home called Google Home Max.

Today we will be comparing two of the smaller and more affordable home assistant products: the Amazon Echo Dot and the Google Home Mini.

Since smartphones have gotten about as smart as they are going to get, technology has been eyeing the home in order to make them smarter.  This trend towards creating the ultimate smart home has opened a floodgate of products aimed at complete home automation.

Even though the Amazon Echo and Google Home are leading the way, there are many other smart home assistants available out there (or are about to be out there).  Here are just a few:

The Apple HomePod is not yet available so it remains to be seen how much of a splash it will make once released.  It will be several years behind the Amazon Echo but, knowing Apple, they will utilize Apple apps as a unique selling point.  The other thing Apple seems to want to specialize in is privacy.  With machines that listen and wait for your commands, many are concerned that their conversations will be recorded, mined and sold to advertisers or that hackers will use said information against you.

Apple is trying to combat this by advertising that the HomePod includes multiple layers of security — including anonymous ID and encryption.  Even though both Alexa and Google encrypt voice data, they both hold the information in order improve service while the HomePod intends on deleting the data periodically.

Sony has built its own smart speaker.  But instead of developing its own AI, the Sony Smart Speaker comes with the Google Assistant.  Sony hopes to grab a piece of the market share by using superior sound quality as a unique selling point.

Following in Sony’s footsteps is the Sonos One.  Sonos One also uses already developed AI but this time, its Amazon’s Alexa.  Sonos has created this for those who love to listen to music.  The Sonos one can connect wirelessly to the Sonos Home Sound System speakers to play music in any or every room.

But, for now, the two biggest players AI home assistant devices are the Amazon Echo and The Google Home. The Echo has a 2-year head start on the Google Home but that didn’t stop Google from developing a very impressive device.

Voice control is an essential part of any automated system to be easy to use. The comfort that comes with merely voicing your concerns at the device in front of you instead of having to bother with picking it up and tuning it to match your needs. In this field, there are two main contestants that are both fighting to be the best home companion, providing ready assistance whenever you require it and control through easy gestures. When we place them both alongside one another, we find that there exists some differences as well as similarities in their manner of operations.

They both happen to be excellent at playing music and you can even connect the rest of your home gear and any devices you might have to the controller for an easier and more incredible running of your smart home. Depending on your priorities, the choice of voice-controlled speaker will be different and you might be drawn to a certain speaker as opposed to another owing to a present or missing feature in another. 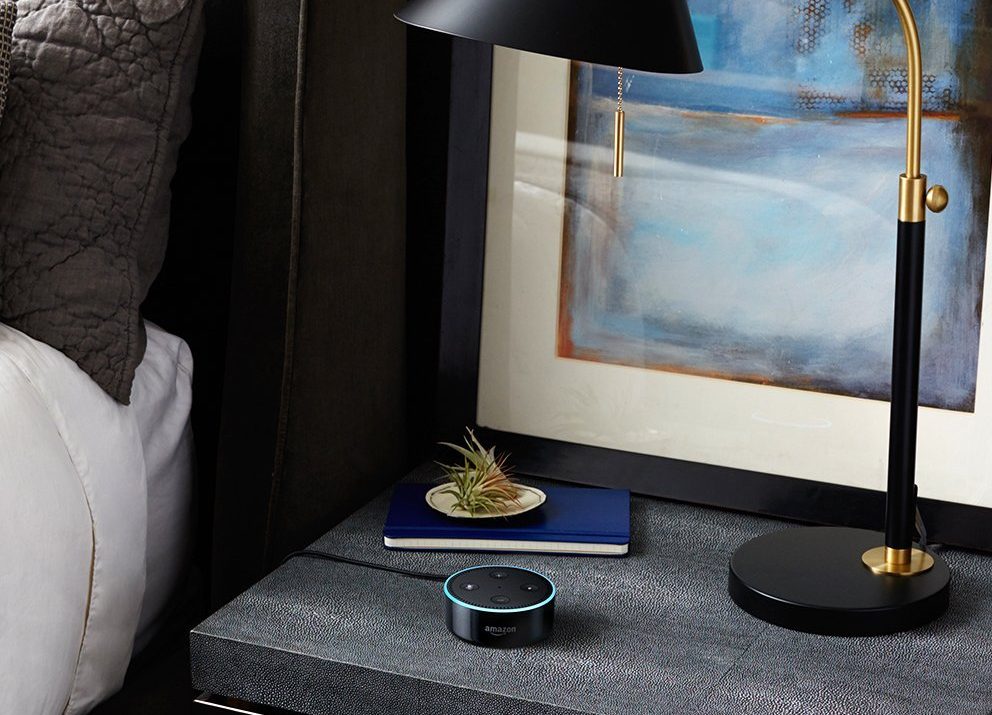 A really amazing device which provides you with control over music, audiobooks and a wide assortment of home products. In terms of capabilities, it is quite well equipped and supports a greater range of devices, an ability to play the most popular streaming services for music and better quality of sound.

The Alexa platform, which runs on these devices, features a platform of skills and useful utilities that make the Echo Dot the smart digital assistant that is constantly getting improvements as Amazon keeps adding abilities to it.

The dot picks up sound well as it hears you from across the room with 7 far-field microphones.  It can also do this effectively in noisy environments. Echo is great for controlling smart home devices and works well with  WeMo, Philips Hue, Sony, Samsung SmartThings, Nest and other devices.  You can see a full list of Echo compatible products here on Amazon. 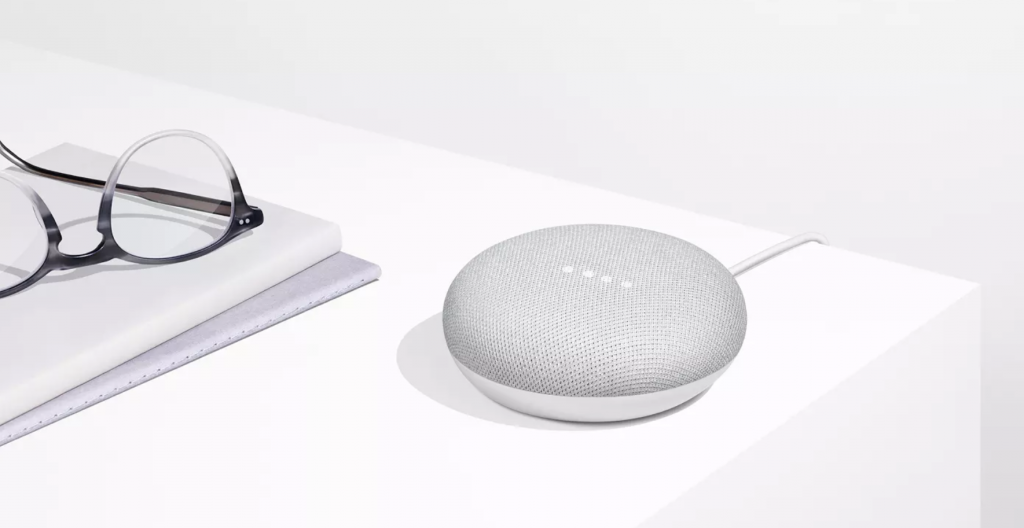 If you are a fan of music, this is the utility to synchronize your music and can be integrated with a lot of Google products to give you easier access to files and programs that are in disparate locations. Another great feature is the search and voice-controlled feature which lets you do a Google search by voice and it can tell the difference between users owing to their tones of voice.

You can also stream an audio recording from your Google and listen to all the speakers in the room. Generally, the interfacing with Google Home is easier as the answers tend to be more detailed. However, there is a certain kind of limit to what you can or cannot do on Google Home as the commands tend to be a little bit shallow.

The smart devices that connect to Google Home include Chromecast, Chromecast-enabled TVs and speakers, iRobot Roomba 960, Nest, SmartThings, Phillips Hue as well as many others.

To sum it up, home assistants are very dedicated programs that make your stay at home both interesting and exciting. Echo Dot from Amazon has a very powerful set of features that lets you listen to devices that are connected and access files remotely.   Additionally, Google Home brings Chromecast and other powerful features to the palm of your hands and easy cloud integration provide access to files in an easy manner.

However, if you are looking for that home companion that will keep you occupied and without a dull moment, the Echo Dot is the preferred choice owing to greater coverage and better processing of commands.


How iAdvance Now Can Help Grow Your Small Business