Avoid These 9 Behaviors if You Want to Keep Happy Employees 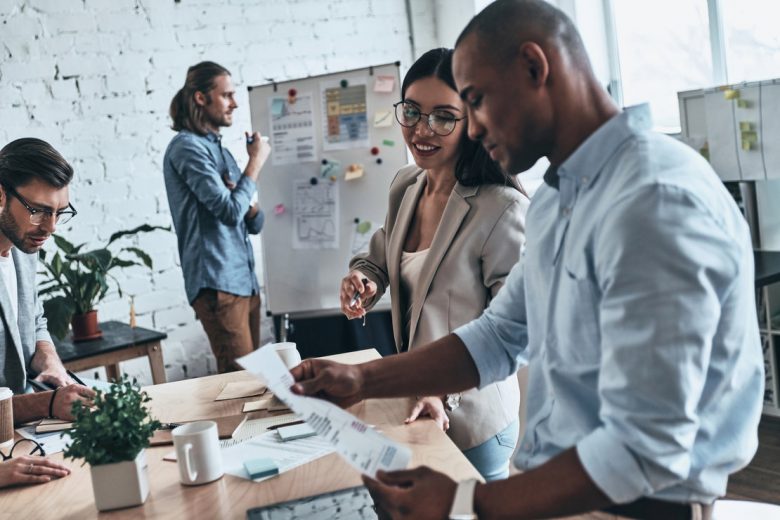 Are you often losing employees? Do you find that your employees aren’t really that motivated? The harsh reality is it could be you. You may be giving off a vibe that makes your employees unhappy. Maybe you don’t realize you’re even doing it. You may not realize that some of your traits are unpleasant to deal with.

Maybe you’re a complainer, jealous, mean-spirited, or a sad Eyore. Your presence changes the mood in a negative way. People aren’t going to take a condescending boss for long, no matter how much you’re paying them. Here are some of the things that could be making your business suffer. If any of these sound familiar, get conscious and leave it at the door when you’re leading people.

Have you even been in the middle of a conversation and all of a sudden someone is explaining something you already know? Something so obvious but they are saying it to you as though it’s their little secret. It’s this situation where the person thinks you don’t know basic information. It’s pretty normal that a man does this, which is why it’s been coined as “mansplaining.” Women are guilty of it too though. It doesn’t make the person you’re talking to feel respected when you do this. Instead, if there’s something you know that you think someone doesn’t, ask them if they’re familiar with “input information here.”

Being put in a box is something most of us are not happy about. Making a generalization about a person’s behavior will not win you points. They will instantly feel misunderstood and judged. This will deter them from wanting to work hard for you or work for you at all. You’re going to hit a wall if you tell someone that they always do this or never do that. No human being is going to be receptive to these allegations and it won’t make a difference in the positive way you’re hoping for.

3. Interrupting Someone So You Can Correct Pronunciation

Not really sure why this is so critically and epically bad, but to interrupt someone to correct pronunciation is like a knife to the gut. You mess with a person’s momentum and kill their confidence in one solid sweep. It’s things like this that can ruin someone’s day. It’s condescending and totally unnecessary. You will likely embarrass the person in front of others. Think before you correct someone’s pronunciation even at the best of times. If you are going to do this, do it discreetly.

Ouch. When you say this to an employee or colleague, it implies that you have never liked any of their ideas. It is saying that you didn’t expect to ever like anything they came up with. It’s a compliment but it comes with a backhandedness that will piss people off more than anything else. Better to just say you like their idea and keep the rest of the sentence to yourself.

As part of a feedback method, many of you leaders out there may start out with a compliment that turns into a critique in the next sentence. Then you may add another compliment at the end. This is just a sad way to cushioning a criticism, and it’s quite transparent. So it’s likely that nobody will absorb the good feedback you gave them. They will only feel that middle part where your critiqued them. Be a straight shooter and tell them what they did wrong. No need to lay out a lame compliment that is half-hearted.

It’s been a long time since you’ve been able to call a woman in the office “honey.” Yet, people still do it. Yikes. This is gross and honestly it’s even worse when a female boss says it to her employees. It sounds fake, and you know that there’s something behind it. Either you’re in trouble, there’s a silent expectation that you’ll fix the problem, or they simply have zero respect for you. If you’re not that chummy with your boss, being called chief really doesn’t feel comfortable. It does end up sounding condescending to those on the receiving end. Here’s a bit of proof to back that up. A Men’s Health poll reported that 43% of respondents said when another guy calls him “Boss” or “chief,” they think he is being condescending.

Think of a time you’ve been patted on the head. Did it happen at work? If it did, you probably felt a redness build up in your face. You just should not touch your employees if they aren’t part of your family or a close friend. There is such thing as building rapport  but nowhere in there does the instruction book say to pat someone on the head. A pat on the shoulder or back is going to be much better received.

When you drop names, this is obviously in an effort to impress and prove superiority. You shouldn’t have to prove your worth through name dropping. It comes off as desperate and nobody will respect you for it. In fact, the opposite will occur. Why are you trying so hard? That’s what people around you are going to think. It’s great if you’re genuinely excited that you met your idol on the weekend and feel free to share. When you store your meet and greets with the famed and show off about it later, that’s when it gets unappealing. Nobody is impressed, they will deem you pretty pathetic actually.

An adult should never have to be shamed. This again is a condescending act that will have your employee putting in effort to find another job instead of rocking at their job. To say the statement, “Come on, you know better than that” takes people back to childhood. Chances are, that’s the last time they’ve heard someone say this to them. You are basically scolding them in their eyes. Maybe that’s not your intention, but that’s how it’s going to come off. They will feel belittled, which can become anger pretty quickly. Taking an adult back to their childhood as a boss is going to lose your valuable employees. There simply isn’t space for this kind of talk in the workplace, ever.

So if you’re feeling like you have done some of these things in the past, hopefully you are more conscious now. Your employees probably won’t say anything to you about their unhappiness. This is especially true if you’re carrying on any of these behaviors. They may not feel like they want to approach you because you condescend and demean them. So, it’s up to you to change your ways and turn it around. You’ll find that your employees will be far more open and willing to work harder for you.

10 Businesses You can Start Today Without Leaving your House


The 7 Secrets of Responsive Leadership: Interview with Author Jackie Jenkins-Scott