Apple Music Vs Spotify: Who Will Win the Music Streaming War? 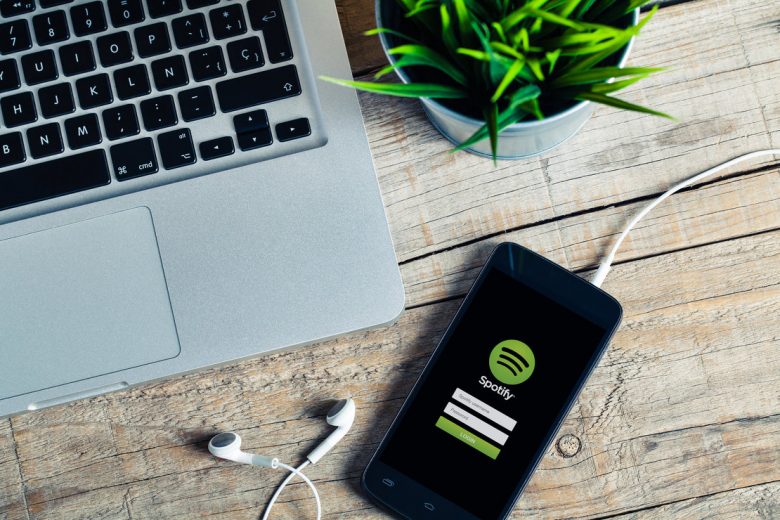 Spotify, the Swedish tech giant, has established itself as the overwhelming leader in the online music streaming business. Not only is it lauded for its superb UX design but, its numbers are staggeringly impressive too: 50 million subscribers, 140 million total daily users, and $3 billion in revenue (in fact, Spotify’s revenues grew 50% year over year in 2016).

However, since its launch in 2015, Apple’s paid music subscription service, Apple Music, has been pulling on the emotional chords of ex-iTunes-lovers to lure them back into an iOS offering. It’s interesting to see how Apple Music, using the strong Apple brand power, launched nearly nine years after Spotify and still managed to deliver a solid performance. Tim Cook boasted at Apple’s WWDC keynote in early June this year that Apple Music had 27 million subscribers already. Not a bad feat in a two-year span!

The music streaming industry is an increasingly crowded one. There are other pretenders to the throne such as Amazon Prime Music, Google Music, Deezer (launched by a collection of record labels), Tidal (launched by music artist, Jay-Z), and Pandora, but none of them pose the real threat to Spotify that Apple Music does.

Today, Spotify has been named as “the dominant revenue driver for the music industry,” but it wasn’t always smooth sailing for them. At the time of Spotify’s launch in 2008, music streaming was still a novel concept, and music listeners were in the habit of downloading songs locally into their devices (or purchasing CDs).

Back then, the music streaming service providers were struggling to “legalize” their businesses and figure out a payment structure to music artists and record labels. Spotify even struggled to generate enough revenue to stay afloat. It had to pay hefty royalty fees to the music industry just to keep using their music, and it used hefty funding to pay for them.

Another reason why Spotify had such a troubled journey is the music industry’s unwillingness to adapt to change. At the time, the industry was stubborn enough to admit that its cash-cow – CDs were becoming obsolete because of digital music. The industry is also highly skeptical of any third parties in general, which is why they asked for exorbitant sums from Spotify.

Some music artists went so far as to completely distrust the company altogether. Taylor Swift had infamously opined that Spotify was an “experiment,” and that she was unable to trust them because of their meagre pay to artists. She was only looking at the per-song numbers, ignoring the volume multiplier, and alas, she reneged on her stance this past month (but more on that later).

Despite its frazzled journey, Spotify not only changed users’ “download habit” but also changed the music industry and established the music streaming one.

It should not come as a surprise that Apple is posing such a formidable threat to Spotify, since the tech giant has a long history with music. iOS users, up until a few years ago, would swear by the intuitive iTunes experience. In fact, pre-Spotify and post-iPod, iTunes was the foremost music industry innovator. iTunes and Apple ushered in the digital download revolution.

At the height of its popularity (2011 and 2012), iTunes downloads registered high numbers until Spotify’s rise in prominence circa 2013. One major reason why the iTunes model failed is because of its price tag of $0.99 per song. The value proposition by Spotify was much more lucrative in comparison. Spotify was firstly free, and it had a good music library. Free vs. $0.99 per song was doomed to fail.

Not only was its freemium service great for obvious reasons, eventually its subscription service didn’t seem too pricy anymore either. It was a mere $10 per month in exchange for unlimited access to the library.

Thus, Spotify and Apple have been fighting their war for a long time now, and they are old foes. The war between them is currently fought in some key battles:

Another reason why Spotify has the edge over Apple Music, in terms of listeners, is the ubiquity of its app – it runs on Android, iOS, Mac, PC, and other mobile OSs. Apple Music is only intended for iOS.

Corden’s hugely popular Carpool Karaoke bit regularly ranks in the top ten most viewed videos on YouTube every year, and it follows suit from another talk-show-host’s-bit-to-show transformation – Jimmy Fallon’s Lip Sync Battle. Meanwhile, “Traffic Jams” pairs a music producer with a hip hop artist as they sift through treacherous L.A .traffic making sweet, sweet music together. It is a blatant rip-off of “Carpool Karaoke”!

Spotify also announced production of twelve other different music-themed video series as well as podcasts. Apple Music meanwhile launched another show – Planet of the Apps – a Dragon’s Den-like show for app makers. It also produces musical documentaries such as “Harry Styles: Behind the Album.”

Spotify recently started curating playlists such as “Release Radar,” “Top Hits in x (Country),” “Discover Weekly,” and “New Music Friday” for all its listeners. This allows users to constantly stay-up-to-date with the latest music in the genres they are interested in or find out what is popular in the region that they live in.

It also expertly forms personal playlists based on users’ listening habits, such as “Your Top Songs of x (the previous year)” and “Daily Mixes.” The former is a list of the top 30-50 songs that the user listened to most frequently on Spotify, while the latter is an automatic shuffled playlist from a user’s saved music.

Spotify even segregates its music according to moods and genres of music. It offers a “Workout/Running Mode” with upbeat fist-pumping tracks. A cool Spotify feature is one that shows nearby concert dates when a user is on a music artist’s page or on their profile page. The concert tie-in is also extended to personalized emails that it sends to its users to share concert promo codes. Overall, much has been said about Spotify’s easy to use UX design in general, and rightly so.

On the other hand, Apple Music’s UX design has been heavily criticized. It does provide a cute little advantage to its veteran iTunes users by seamlessly integrating users’ full iTunes libraries into the portal. Locally saved music files show up easily on search results on Apple Music – a feature that is not on Spotify, and one that could irk iOS users.

Although Apple Music has that one nifty little feature, Spotify wins this battle as well. In case you were keeping track, Spotify 2 – Apple Music 1.

Spotify boasts a pretty impressive 30 million song library, adding roughly 20,000 new songs every day. It also houses an exclusive collection of “Spotify Live Session” recordings – acoustic session recordings of artists for Spotify. As previously mentioned, Spotify has had a checkered relationship with the music industry, as many artists pulled their music from the portal.

The rift between Taylor Swift and Spotify, as mentioned earlier, sparked great controversy at the time. Analysts worried whether Spotify would be able to wither the storm without the reigning pop princess’ star-power. It turned out that Taylor had miscalculated Spotify’s immense potential and eventually returned to the app with her most popular album, 1989, along with others.

Although Swift returned to Spotify, there are many others who threaten to leave. Jay-Z’s Tidal has roped in exclusives from celebrated artists such as Kanye West and Beyoncé. This exclusivity clause has irked Spotify, because Apple Music is employing the same tactic as reports surfaced that it was in talks with Taylor Swift (she must really have a personal vendetta against Spotify!) and Drake among others.

Apple Music has been paying for some artists’ music videos (they paid for Drake’s Hotline Bling video) and tour videos to offer more pay to artists – a common complaint against Spotify. Meanwhile, the payment for videos is also intended to work towards those exclusive rights as well.

It might also be interesting to learn that Apple Music holds around 10 million more songs than Spotify. This does not mean however that Spotify is missing out on new music. Unsigned artists can post music as easily as signed ones, so the next contentious rift might be between Spotify and the record labels.

The winner of this battle is currently hard to judge. Even if Apple does succeed in luring away the likes of Drake and Swift (again!), Spotify might not be as doomed as it might seem. They have lost Swift before and survived, while their “new music” collection is always fresh. Hence, this one is a TBD.

The logical next step for Spotify is to go public, but the problem that the company faces is that it does not own any of its music. Although the firm reported higher revenues, its expenses also soared because of its love-hate relationship with the music industry.

Spotify still pays a hefty 70% of its revenue to them, which is why Spotify is working hard to renegotiate its royalties deals with them before its IPO. Meanwhile, Apple Music should focus on redesigning their UX before committing to exclusive rights. Stay tuned for more from this rivalry!


How to Conduct Market Research, Without Hiring an Outside Firm