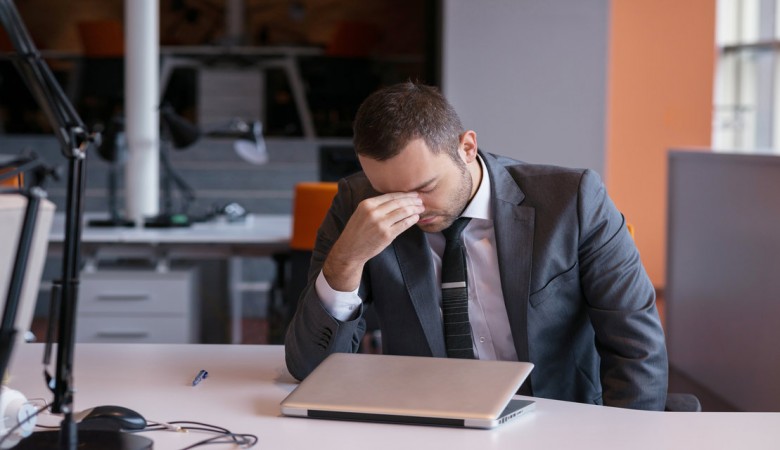 On the surface, it seems to be apparent that entrepreneurs have a special mindset.  We tend to think about situations, people, problems, and circumstances differently.  However, that is not the only thing that sets us apart.  Effective entrepreneurs also act differently.

And by “act differently”, I don’t just mean the excitement we get when we realize that the domain name for the new business we want to start is available.  Successful entrepreneurs tend to have a different set of habits than the entrepreneurs that struggle to grow their businesses.

So we’re going to look at some key habits that you may be doing that are keeping you and your business from success.

1. The Habit of Blaming Others for Their Failures

Unsuccessful entrepreneurs blame other people for their failures. They constantly look for reasons and excuses for something that went wrong and tend to point their fingers at people to justify their own failures that are, more often than not, a result of laziness, procrastination and wrong decisions. This is the easy way out – successful people accept, admit and live with their mistakes. They learn from them and move on.

Unsuccessful people, in general, think they know everything and love throwing advice around. On top of that, they tend to be incredibly arrogant and stubborn. Self confidence is important when it comes to business, but there is a fine like between self confidence and arrogance.

Competence is what matters the most and this is what unsuccessful business people most often lack. On the other hand, people who are successful in business and all other areas of life realize how important humility is and know very well that surrounding yourself with those who are better and more experienced than you and accepting their advice is key to success.

Constantly comparing yourself to others is a terrible habit that leads to nothing but disappointment, resentment, jealousy and envy. Unsuccessful people find satisfaction in others’ failures and burn with jealousy when their coworkers and friends succeed. They secretly (or not) wish others fail so they can point out their mistakes and say something like: “I told you that won’t work!”. They love that negative energy that they create because it enables them to shift focus on others, while at the same time allowing them to feel better about themselves.

Of course, this doesn’t hurt when they try to justify their own failures too. All of this creates a vicious cycle of negativity that unsuccessful people keep reinforcing until they witness someone becoming successful (getting a promotion, getting a better job), this is when that initial envy kicks in.

Not having a focus is a huge obstacle for many up and coming entrepreneurs and yet, most seems to underestimate the importance of setting goals and having a clear vision of what they want to do and how. Unsuccessful businessmen “take it one day at a time” without sticking to a schedule or setting mini-goals each days.

They simply spend their days wandering, instead of looking for direction. Successful entrepreneurs know what they want and do everything to achieve it. They know what their goals are and work towards them on a daily basis.

5. The Habit of Avoiding Risks

Unsuccessful people are afraid of taking risks and even if they hate where they are in their professional life, stepping out of their comfort zone is something they cannot even fathom. These people settle for less and in the end, get shortchanged.

Even if they have potential they lack the drive, courage and determination needed to be successful. Instead, they stay where they are because they’re too afraid of failing, even when they consciously know that failure is simply a part of life. Instead of taking calculated risks and learning from their failures they never really try and end up bitter and depressed.

Unsuccessful entrepreneurs undervalue or don’t value hard work at all. They want it all and they want it as soon as possible. They take shortcuts and expect everything to go as smoothly as possible, with little to no effort. Unsuccessful people think hard work is overrated and reckon that a bit of talent is all that it takes. This combined with an inherent arrogance that a lot of talented individuals tend to have is a recipe for disaster. Nothing can replace hard work and everything that’s worth achieving requires dedication and hard work.

7. The Habit of Procrastination

Unsuccessful people don’t manage their time well and put things off until tomorrow. They get distracted easily and have a hard time completing a task. They’re easily bored and unable to find a way to immerse themselves into what they’re doing. They’re often on autopilot and just do what needs to be done, more often than not, too late.

They can’t set their priorities straight and let unimportant things get in the way of what actually matters. These people constantly waste time and never focus on the now, they daydream and think about their past and future, while letting the present moment pass them by.

There are a lot of reasons why things don’t get done with your business; mismanaged time, limited resources, lack of capital etc.  Sometimes, there is little that can be done with uncontrollable circumstances.  But the new season of The Walking Dead should not be one of the reasons your business is not growing.  No matter how awesome it is.