What These 7 Entrepreneurs Learned from Their Dad 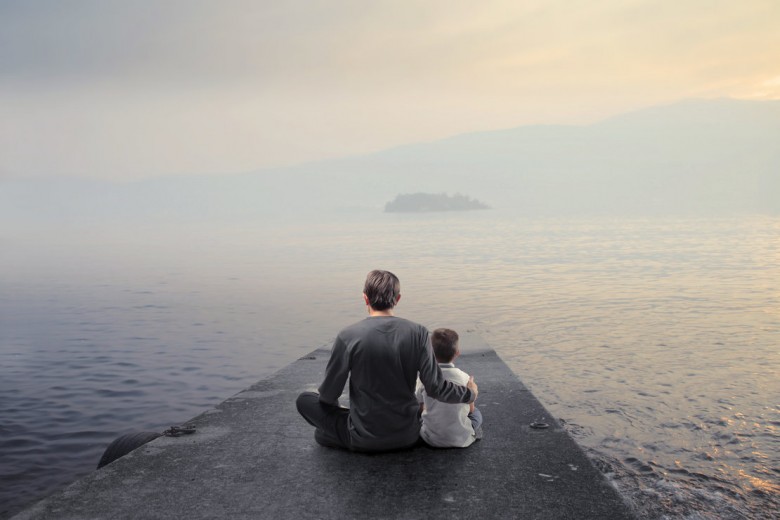 Childhood is such an important part of your growth experience. It molds the adult you will become, and can have a lot to do with how successful you are. For some entrepreneurs, they attribute their success, in part, to their father’s inspiration. As inspiration is such a powerful source for growth and determination, these dads were pretty instrumental in the success of their kids. For the sake of Father’s Day, we thought it was a good idea to pay homage to inspiring dads who helped their children grow up to be hugely successful.

Here are seven entrepreneurs who say they owe a lot to their dad. They taught them basics about business and guided them with the belief that they were capable.

Nick’s dad had a condo he was looking to sell back in the 1990’s, and brought him along to help in the sales pitch. Nick was just in the 7th grade then, but he did most of the talking, and helped sell the condo at a good price. His dad helped him read people and find a spot where both parties could be happy when it came to buyer/seller. He still uses the lessons his dad taught him to this day, keeping important values from the past. His dad also engaged with him at dinner every evening asking him questions like, “what did you achieve today?” Looking back, Nick believes these simple questions asked over dinner molded him to be the success story he is today.

Mohit said that his father instilled a very important life-lesson while growing up in India, and that is to always persist even when the odds are stacked against you. This inspired Mohit to set big goals and never back down because of setbacks that tend to occur in business. His dad also taught him to be mindful of your personal life so you can have overall fulfillment.

Mike’s dad worked as a Food Service Director at the University of Pittsburgh and told him a story that stuck with him. The President of the University called and asked for a sandwich and was told no. The only thing that was available was a tray of sandwiches and not just one. Later, the President called and spoke to Mike’s dad personally. He explained that he didn’t ask the cost, he said he wanted a sandwich. He went on to say that he explained what he wanted and that Mike’s dad was a service business.

The lesson learned, which was bestowed onto Mike by his dad was this, when in a service business, you find a way to make things happen, you let them know the cost, and let the customer decide if it’s worth it to them. Start with a yes and discuss the alternatives to make it happen. This is the way to create excellent customer service, which is essential to any business’ success.

When Andi was a little girl, her dad used to tell her that only ignorant people swore. He explained that they lacked a comprehensive vocabulary so they resorted to swear words. She grew up and become a communications professional, only to find out that her dad was wrong about swearing. Regardless of how many words you have in your vocabulary, sometimes a four letter words nails it.

She launched Girls Who Swear so people would have options when it came to expressing themselves in a note. For now, she’s created cards, but she’ll continue to build the brand and develop products that help people to say what they think. Without the insights from her dad at a young age, Andi may not have linked communication and swearing together, which is now the basis of her success.

When Jonathan was younger, his dad taught him that if he really wanted something and was willing to work for it, 9 times out of 10, you reach your goal. While the message didn’t resonate for him as a child, he began to understand what his dad was saying when he got older. Now a CEO of a high-growth tech company, he needs vision for his business and an undying desire to pursue his goals. He attributes a huge part of New Voice Media’s success to his dad, who taught him the principles of never giving up.

6. Goutham Kurra. Co-Founder and VP of Product at Glint

Goutham’s dad dedicated his career as a surgeon to helping those who were poor in India. This taught Goutham the value of leading mission-driven goals in your life. The mission at Glint is to help organizations thrive by promoting people to be happier and more effective at work. When a company is run this way, it changes the way people make decisions, as uncertainty melts away in a supportive environment.

Reese is a social entrepreneur whose dad’s selflessness influenced her to create a business with a purpose that went beyond profit. Her dad is a doctor, and helps those who can’t afford medical care. Even when he didn’t have enough money himself, he wouldn’t turn someone in need away. Reese has taken after her father, and helps others the way her dad did. She doesn’t see herself as just an entrepreneur, but she also looks to create an impact by helping others.

Here are just a few inspiring tales of how fathers have inspired their kids to grow up and do great things. Did you dad inspire you too? We’d love to hear about it.