6 Lessons We Can All Learn from Warren Buffett 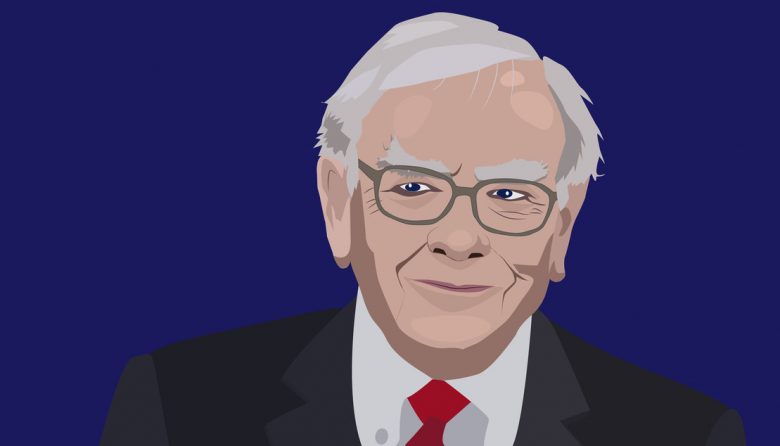 “Opportunities come infrequently. When it rains gold, put out the bucket, not the thimble.” – Warren Buffett

They say that one of the ways to gain success in life is to have someone to look up to. It goes without saying then that listening to anything Warren Buffett has to say is going to be a benefit. Warren Buffett is one of the most successful businessmen in the world. He is also one of the happiest. He has gone through major setbacks in his life. He has lost important people and also a lot of money. He is humble and grounded.

He is a savvy investor, and is often referred to as the Sage of Omaha. He has a net worth of $75 billion, but maintains a nice, modest lifestyle. He still lives in a house he bought in the 1950’s for $31,000. He uses public transportation and plays bridge with a group of friends at a strip mall.

Warren Buffett knew that he wanted to be a part of Wall Street when he was just 10. His father brought Warren along to meet up with a member of the New York Stock Exchange for lunch. Lunch followed with a tray of tobacco leaves for cigars. Buffett was fascinated, and still recalls knowing that this is the life he wanted to be a part of. He knew then that he would dedicate his life to making money.

While You’re Still Passionate About it, Start It

At age 11, a year after visiting New York and knowing he wanted to be a part of the stock exchange, Buffett bought his first stock. He bought the stocks for $38 a share and held onto them even though there was a rapid drop. He only sold them when they reached $40. This is another lesson to be learned from Warren Buffett, buy and hold. His small profit he made was fine, but if he had held onto them a bit longer, he would have been able to sell them for $200 a share. This was a big lesson in a long journey of success he would experience. This first experience molded his success later in life and led to a philosophy he still believes in today.

Warren Buffett was a hustler at a young age. He and a friend operated a pinball business, and did very well for themselves. He pitched the business scheme to his friend after getting a pinball machine. The deal was that Buffett bought it and his friend had to fix it up. It was a nickel machine that they asked to put in the barbershop.

Buffett represented the opportunity to the barber as a way of entertaining customers. Being a fair man, he also said he would split the money with him. When they made money with it, they reinvested it and of course, the company grew. Within a few months, they had machines in many of the barbershops around town.

Find Partners to Trust and Go Into Business With Them

Warren Buffett has always found a knack for finding good people to be in business with. Warren had seven partnerships and became a millionaire in 1962 thanks to them. Networking with others who are similar in mind is important. Perhaps even more important is to have people in your life who can do what you can’t. When you have partnerships, you should complement one another’s visions.

Warren Buffett made plenty of sound investments but as a technophobe, he sat out the technology stock craze in the 1990’s. He invested in Fruit of the Loom, Dairy Queen, and The Pampered Chef. He refused to invest in companies that didn’t match the mandate he had. Wall Street wasn’t very kind about his lack of engagement with the tech companies. Everybody said his time was over. Then the dotcom bubble burst, and those experts who had scorned him went bankrupt.

At the same time, Buffett’s profits doubled. He also doesn’t believe in Bitcoins. Standing your ground based on what you know to be right when it comes to your investments or business will be the path to success. Warren Buffett doesn’t jump on bandwagons. He knows what he’s looking for, and doesn’t deviate from it.

Be Aware of What is Happening Around You

The magic of Warren Buffett is that he can read people. This is true of one-on-one encounters as well as his ability to see what direction society is going. From there, he can make decisions that follow his mandate for investments. His analyzing of situations and companies is what has helped to make him the third richest man in the world. Being aware of the things going on around you in business will help you stay one step ahead of the competition. Knowing what your clients want is paramount to maintaining relationships and getting more customers.

Warren Buffett has gone through hard times. He has always bounced back from any setback and has managed to be better for it. He doesn’t view failure as a negative thing. He has built on failures that have ultimately made him succeed. He is one of the happiest people around and doesn’t feel the need to be frivolous with his money. As Buffett says, the richest people in the world are doing what they love. While it’s clear that he does love money, he seems to love the process of obtaining it more than the money itself. I think we can all learn a lot from his insights.


App Store sees decrease in apps for the first time